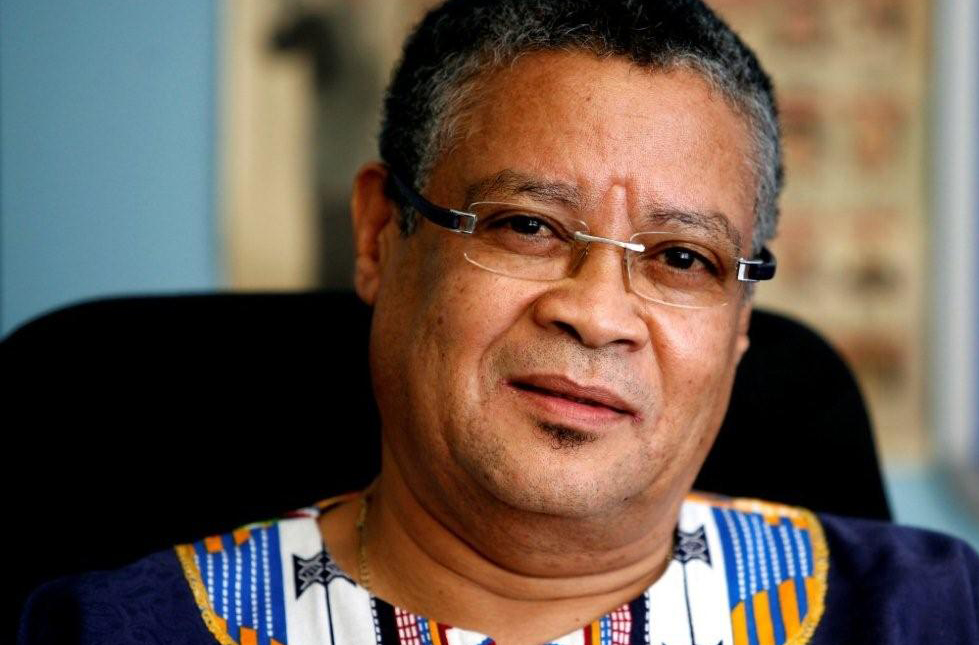 Henry Jeffreys, The New Age’s editor until Tuesday, is headed back to the Cape for a quieter life filled with writing books, columns and completing his masters’ degree. Meanwhile, veteran newspaper consultants Ryland Fisher and Ray Joseph are still hard at work on the paper and say it doesn’t deserve all the negative press it gets about being a Zuma mouthpiece. By MANDY DE WAAL.

After six months at The New Age, former editor Henry Jeffreys says he could write a book. Or two. The veteran newspaper jetted in to rescue the Gupta-owned paper late last year after a top editorial team’s walkout left the daily high and dry as the presses were about to roll. A month later Jeffreys got the paper on the streets, but now says his tenure is over and he wants to do his own thing.

“My purpose was to handle the crisis the newspaper was dealing with at the time and put it on a footing where it could be taken forward. It was never my intention to build a new career,” says Jeffreys, who signed up for a six-month stint with the Guptas, with the option for a review.

“Look, it has been very tough, of that there is no doubt. We launched with the very unfortunate situation of the newspaper receiving a lot of hostility because of people’s idea that it was pro-ANC. We tried to make it South Africa’s first truly national newspaper and it was gratifying to walk through the IEC results centre during the local government elections and bump into the likes of Helen Zille and Patricia de Lille who both said we proved the detractors wrong in terms of being a mouthpiece for Zuma.”

The New Age has been dogged by negative publicity since Atul Gupta announced its launch in September 2010 largely because of the Gupta’s business dealings with members of the Zuma family. “By surviving the onslaught of negative press from our competition and by delivering daily regional reporting we proved we could be a serious, credible newspaper that offered a different slant on the world. There’s a whole different country that exists outside of the urban elite and it has been this fierce focus on the provinces that has made us different.”

Jeffreys says the paper has yet to be certified by the Audit Bureau of Circulations and wouldn’t disclose numbers, but said the management of the paper should talk about this fairly soon. The now ex-editor won’t disappear completely from The New Age and will be writing regular columns for the paper.

“I agreed to sort out the difficulties at The New Age and had to put a number of personal issues on hold to do this. I am in the final stages of completing a master’s degree which is very important to me, so I owe it to myself to complete this. I also have a book or two in me. I am almost done with one book that I now want to finish. I am not a young man so I need to make sure I achieve these personal goals I’ve set myself,” says Jeffreys.

The New Age won’t be left in the lurch because the paper has retained the services of veteran newsmen Ryland Fisher and Ray Joseph, who have been at the paper for the last few months. Fisher has stepped into the breach as acting editor and Joseph has helped streamline the paper’s editorial processes.

“The paper is doing well,” says Fisher, who returned from working with a paper in Ghana to assist The New Age. “Henry has put in a lot of effort to improve the content of the paper because we’ve realised you stand or fall by your content. There’s been a major effort to improve both the content and the way the paper looks. There’s still a lot of work to be done, but we have established a basis from which to work and I am very confident about the future of the paper.”

Fisher says the circulation of the paper had increased during recent months and that it was now getting positive responses from advertisers. “It is very difficult to convince people to buy a new paper because people don’t change their reading habits easily. The feedback has been good and I believe we are on the point of taking the paper to a whole new level. I have told everyone that if we produce a brilliant paper, something that stands out in the marketplace, circulation and advertising will come. We are already starting to see this.”

Fisher and Joseph are independent newspaper consultants who have headed up a lot of news desks at local media houses and have helped launch newspapers locally, in Africa and abroad.

“Henry came on during a difficult time and brought out a paper under extreme duress and now he’s tired and wants to get back to the Cape,” says Joseph, who stresses he is speaking as an independent, rather than on behalf of The New Age. He says Jeffreys was on a finite contract and there were no sinister reasons for his departure.

“When you launch a newspaper you only have one chance to do it right. And much of what Henry, Ryland and I have been doing is fixing the systems and processes that were put in place by the former management who left just before launch. Henry bailed The New Age out of trouble which is fairly remarkable and shows he’s got bigger balls than a lot of newsmen. He managed to launch a functional daily newspaper, as imperfect as it was.”

Joseph said the fact that the paper was Gupta-owned had been difficult. “It has been incredibly tough to recruit new talent for the paper because of what has been written about The New Age. Being owned by the Gupta family has also made investigative journalism more difficult.”

But in the real world, given the Gupta’s business connections with the presidential family, it is perhaps naïve to think The New Age would be treated like just another newspaper. Despite numerous protestations from management at The New Age that there is no political interference at the paper, the paper’s Free State bureau chief Cathy Dlodlo, who was fired recently, cited exactly the opposite experience.

The Sunday Times reported in March that Dlodlo was booted soon after being warned not to give too much attention to parties which opposed the ANC. Papers filed by Dlodlo in a court hearing against The New Age included minutes of a meeting she had with Jeffreys and Gary Naidoo who heads up TNA media and is a spokesperson for both the Guptas and Duduzane Zuma (who shares mining interests with the Guptas).

The minutes read: “Cathy’s articles for the Free State page had excessive coverage of one of the opposition parties in the province. This is not in line with our vision and mission (and) needs to be changed.” Sunday Times reported the minutes reminded Dlodlo that “all correspondents must adhere to the policies and editorial mandate by TNA Media, as it is a prerequisite of working for TNA Media”. Dlodlo was fired shortly afterwards and TNA Media cited that she was guilty of insubordination during a meeting with Atul Gupta.

When questioned about political interference at The New Age both Fisher and Joseph said their contracts were based on the condition of being able to operate absolutely independent of political influence. “We have worked very hard to show the paper isn’t in any way influenced by its owners. Yes, there is a mission and vision that are openly declared on the website, but there is a freedom to write stories that are positive about the opposition and negative about the ruling party. I haven’t ever been told that I must publish a certain story. If you know me, you will know I am fiercely independent and won’t tolerate that kind of interference,” says Fisher, voicing a sentiment echoed by Joseph.

The New Age has an important role to play in covering regional stories and representing those often ignored by urban papers too preoccupied with national and international news. But it is unlikely this will assuage speculation about the Gupta/Zuma link and exactly how this connection impacts The New Age’s ideological agenda while the Gupta’s links with the Zumas endure. DM

Photo or Henry Jeffreys courtesy of The New Age.