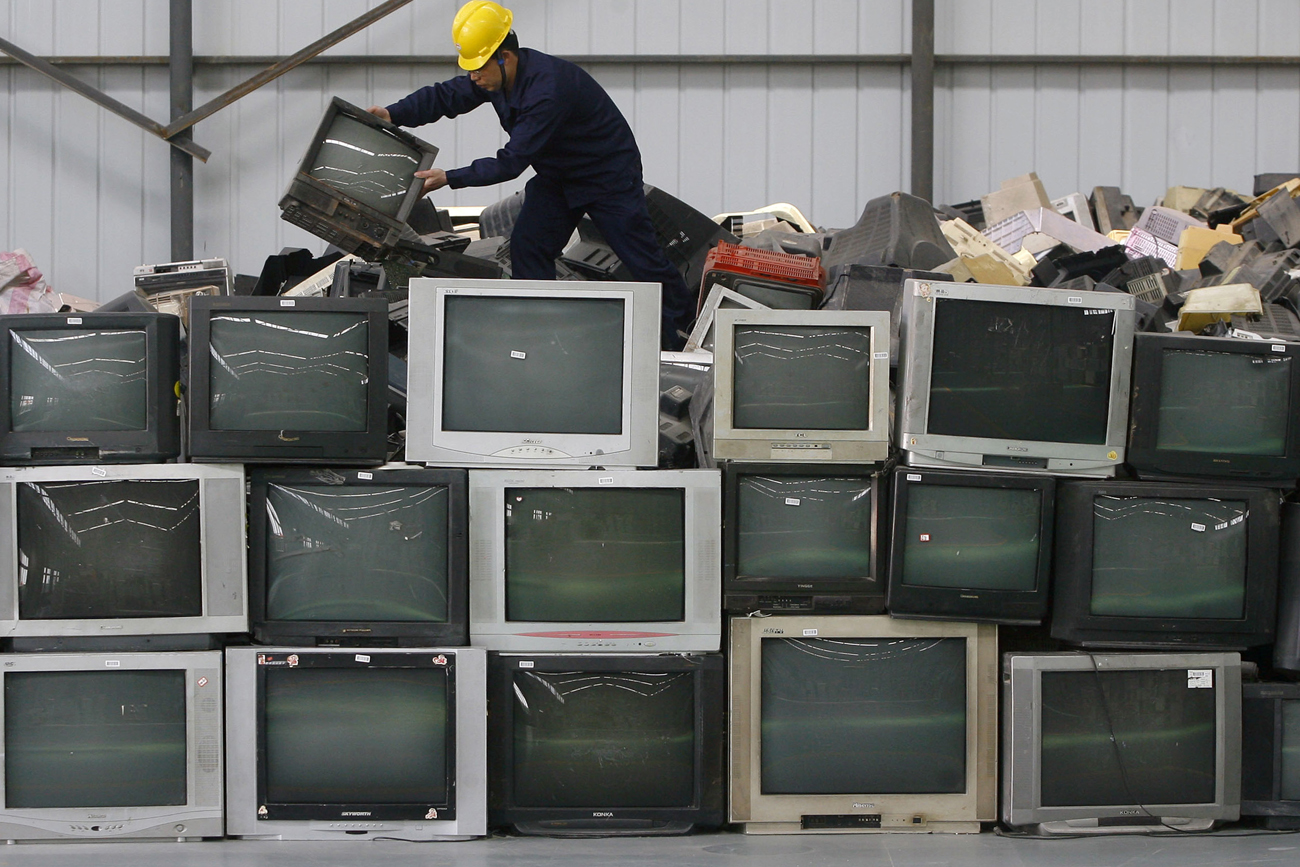 No, dear reader, don’t roll your eyes and leave! Really, this isn’t one of those articles. You’ve been swamped under a steady shower of jeremiads lamenting the death of news-print publishing – written by members of the print news business, no doubt – for several years now. Relax. We’re talking about television here. The future of television looks a lot happier, thanks in no small part to our tendency to want to fiddle with things. By SIPHO HLONGWANE.

This is not to say it will be plain sailing for the television industry in the future. Not even TV can escape the game-changing nature of the Internet. However, they will be far better suited to adapting to the Net and leveraging their audience’s most valuable asset: Attention.

Television has always been a passive medium. You just sit there on your couch and take it in. There’s no two-way communication happening (CNN anchors reading tweets out loud on air doesn’t count because it’s dreadfully lame) between viewers and the content.

These days, two technological developments are changing the nature of TV and how its content ought to be consumed in the future. If you have one of those high-definition TVs, it has a High Definition Multimedia Interface port at the back. That allows the TV to be hooked up to an array of other tech gadgets, meaning you can surf the web on it, access hard drives and watch TV as well. It can transform you TV into a multimedia consumption platform. Your TV is now a window into the web too.

The other development is the complete redundancy of the TV remote control. Remotes have become more complicated (and retarded, frankly) as TVs have progressed. These days, it’s not impossible for any living room to have three or four remote controls in it, each sporting a dizzying array of buttons. The remote control of the future will be a smartphone.

For a while now developers have been playing around with the idea of transforming smartphones, like iPhones, into remote controls via a downloadable app, but for a variety of technical reasons, it hasn’t been really feasible. A company named Peel has managed to create a compelling app which connects the iPhone to the TV via an external pear-shaped infrared blaster (emulating the infrared signals sent out by a conventional remote) which connects to the phone via Wi-Fi. The app has all the functions of a normal remote.

The genius of the Peel Universal Control app is its developers quickly realised TV on the Net would mean that instead of the hundreds of shows currently available on satellite and cable networks, the choices would literally be limitless. To make some sense of this overwhelming bulk of choices, the Peel app “learns” what the user’s tastes are over time and suggests TV shows based on what has been watched previously. Users can also tweet or post to Facebook what they are watching.

By making remote controls organic and by making Internet TV viable, interactive TV ads have become very possible. Live TV identification iPhone and iPad apps like IntoNow can listen in to a live TV show and identify it (imagine watching Al Jazeera, simply pressing a green button on a cheap app and having all background information on the show you’re watching pop up on your mobile or tablet device). The next logical step is further developing apps such as IntoNow so they can identify advertisements (they can’t yet), and in conjunction with advertisers, they can create interactive experiences.

Or advertisers could create ads which work via remote controls (this is where cleaner, simpler apps on a smartphone, instead of the bulky remotes we have now, start making even more sense) so that a user can, instead of popping into the john, directly interact with the ad playing on the channel, like clicking on a link, making a purchase on the spot or simply bookmarking the advertiser’s site.

How interactive ads will work is really up to each ad creator, but the one-way ads of today won’t cut it in tomorrow’s TV world.

The big question is whether or not TV executives will try to put their online content behind paywalls, an experiment which hasn’t worked splendidly for newspapers. Phil Leigh, a former stock analyst and founder of Inside Digital Media, a media research company, doesn’t believe paywalls will work for TV content. “Consumers don’t want to pay,” he said to the Daily Maverick. According to Leigh, TV companies will probably be able to charge for live coverage, like sporting events, but not for shows like series. The ubiquity of similar shows online means people will tend to migrate to the free ones.

Leigh said, “It will be necessary for advertising to transform into a much more effective activity. First, will be better targeted ads that sponsors only pay for when they get watched. But there will be a bounty paid for ads that segue into online purchases of merchandise or similar calls-to-action on the part of the viewer.”

So why shouldn’t this work? How hard can it be?

The current model works very well for television network companies. They’ll be very reluctant to fix that which doesn’t seem to be broken. “The television industry does not want to change because they make $75 billion a year in the USA on TV ads. But sponsors will ultimately force them to and the apps like IntoNow will make it feasible,” Leigh said.

The Google Ad model will be applied to TV adverts. Whereas before television companies would use ratings to gauge how many people may have seen a certain ad, online analytics tools will show how many people have actually watched a certain ad, and future advertisers will, in all probability, only pay for those numbers. TV adverts will become even better targets as online analytics allow advertisers to see data on audience demographic, geography and so on.

Men in beige slacks have been saying that print is dying because the new generation of users isn’t interested in content that isn’t interactive – that’s only partly true. Television has never completely taken up each viewer’s attention. New technology these days is merely allowing TV companies to capture a larger portion of the user’s attention via multiple platforms. Instead of fiddling with Twitter or Facebook while watching “Grey’s Anatomy”, users will be able to access Grey’s content on IntoNow, and then tweet about it. Even if the user’s attention wanders, it won’t wander from Grey’s. The companies that “get” interactive media and leverage the greater attention they have from each user to enrich the experience of television will rule the new landscape.

Whether South African companies will catch on to this technology quickly is a probably depressing question. Not only are true smartphones incredibly rare in South Africa, but television and Internet penetration isn’t brilliant when compared to countries like the US. It may not make sense for our companies to migrate to online television for many years to come. DM