Mercedes-Benz E250 CGI Cabriolet: Glamour, but at a pri...

Mercedes-Benz E250 CGI Cabriolet: Glamour, but at a price 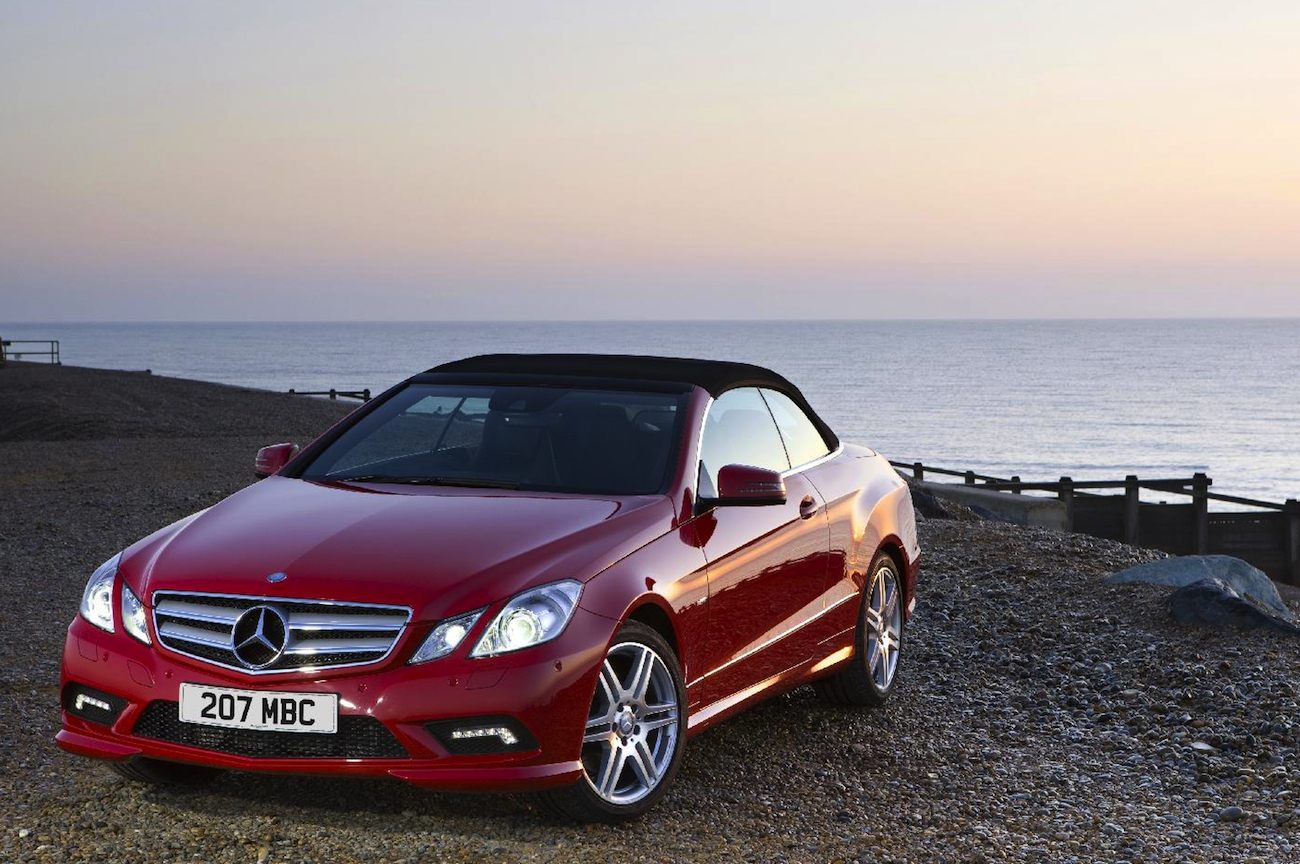 Convertibles are glamorous by definition. They express sheer indulgence, perhaps because driving a cabriolet with the top down is a bit like being on holiday, with the sun on your face and the wind in your hair. But most of all, convertibles are sleeker and sexier than their tin-top counterparts. By DEON SCHOEMAN.

The problem is that when it comes to cars, sleek and sexy are adjectives not appreciated by those grim-faced financial folk in the accounts office. Their preferred descriptions include terms like frugal, reliable, affordable, and economical – words that belong to the boring family.

Of course, those same folk will have lots of reasons why one should steer well clear of convertibles in the first place. For a start, they cost more, despite offering a dynamically compromised package.

The absence of a metal roof also means the chassis is not as stiff, and typically suffers from some flex, also known as scuttle shake. And almost certainly, noise levels will be much higher in a cabriolet. Because the roof folds away, it reduces space in the luggage compartment, too. But who listens to the bean counters, anyway? A large portion of car buyers dream of owning a convertible one day. And while there are a lot of contenders in this segment, the regal Mercedes-Benz E250 CGI is one of the most recent additions to that marque’s offering.

The big Merc is just that: a large, old-school cabriolet. Its dimensions are not surprising, considering it’s based on the E-class platform, but the upside of the generous wheelbase is that this is a true four-seater, with decent legroom for rear occupants, too. Space (and weight) will also have played a role in the decision to eschew the use of a new-fangled all-metal folding hood, and to opt for a simpler, lighter and more compact canvas top instead. That also adds a certain retro touch and it still boasts a glass rear screen.

The E250 CGI Cabriolet thus strikes a classic pose, which may be a little too old-fashioned for some, but evokes plenty of admiring glances – and not just from older folk.

There’s a grace and majesty to the design that compels heads to turn, while those lucky enough to drive, or be driven, in the Merc will soon realise that even a mundane trip to the local shopping centre is transformed into an occasion.

As the big Mercedes is based on the E-Class Coupé, it shares many of that car’s visual cues. It has the same high waistline, the same wide-opening doors to ease access and the same raked windscreen.

The cabriolet’s front is bold, with a prominent grille and stern-staring headlights. The extended sweep of the bonnet is imposing, but short overhangs and handsome alloys also suggest some understated dynamic talent.

The rear styling is smoother and more sophisticated, expressing a more classic motoring tradition. The taillights are prominent without being overbearing.

Step into the cabin, and you’ll soon realise just how snug and comfortable this space is – even with the roof stowed away. The seats are not obviously sporty, but provide enough adjustment scope and support to add to a feeling of being cosseted in comfort.

As one would expect the E250 CGI’s cabin features top-class ergonomics, with a clear overview of the dials in the instrument binnacle and switchgear that’s mostly intuitive to use. An exception is the menu-based display system, which offers access to a raft of data and settings – but is painful to use. One last anomaly is the steering wheel, which is nicely padded and offers plenty of scope for adjustment, but is simply too big.

Considering the upper-end positioning of the Mercedes, it comes as no surprise that the interior is loaded with almost every conceivable mod con. Of course, you’ll find all the usual stuff, but here’s something a bit more innovative: Airscarf. The Airscarf blows warm air into the necks of the front occupants, and also works in conjunction with seat heaters to keep cockpit temperatures comfortable. Other key features include keyless operation, superb leather upholstery and that canvas hood, which is raised and lowered at the push of a button.

While the E-class cabriolet has been on our roads for a while, the 250 CGI version is a new derivative. And its main claim to fame is a new, efficient engine with a claimed combined-cycle fuel consumption figure of just 7,2litres/100km.

Despite what the 250 CGI badge may suggest, the powerplant is a modest 1,8litre cc design, featuring direct petrol injection and turbocharging. Power output is ample for such a comparatively small engine: the max power is 150kW at 5,500rpm, while the 310 torque peak is already pumping to the max at  2,000rpm. The torque delivery feels more like that of a turbodiesel than a petrol and there is no lag to speak of.

Mercedes badges cars that employ fuel-saving measures with the Blue Efficiency badge, and the E250 CGI is a case in point. It features on-demand operation for the fuel pump and power steering pump and an eco-friendly alternator.

The real disappointment of this package is the gearbox. For some unfathomable reason, Merc has stuck to an old-style five-speed automatic gearbox, which is slow to react, reticent to change gears and makes the 250 CGI feel lethargic and out of sorts. In Sport mode, response improves, but progress is jerky and lacking in refinement. That makes the Comfort setting the better option, although it seems to react to throttle input much too slowly. Surely the Mercedes-Benz 7Geartronic would have been smoother – and more efficient?

At least there’s nothing lethargic about the new Convertible. It can be quite sprightly, getting off the mark with surprising alacrity and offering impressive midrange reserves when pressing on. The zero-to-100 time is a pretty decent 7.8 seconds, with a 240km/h top speed. Those straight-line stats are combined with a smooth and compliant chassis. Of course, it is not exactly hardcore, but the big Merc does deliver good chassis feedback.

However, the C250 CGI is at its most content when tackling long-distance journeys.  It covers ground effortlessly , making this a superb long-distance tourer. Pity then that the steering feels wooden and over-assisted.

The Mercedes-Benz C250 CGI Cabriolet has much to recommend it. Its sleek, head-turning styling attracts lots of attention, while the snug, luxurious interior is top class.

But on the negative side, the five-speed auto box simply does not cut it, the steering is over-assisted, and some of the finishes could be better for a R700k car.

However, if it’s elegance, sunshine and style you’re after, the E250 CGI Cabriolet may well be the perfect steed. DM