Analysis: Uganda - first they came for the gays

Analysis: Uganda – first they came for the gays 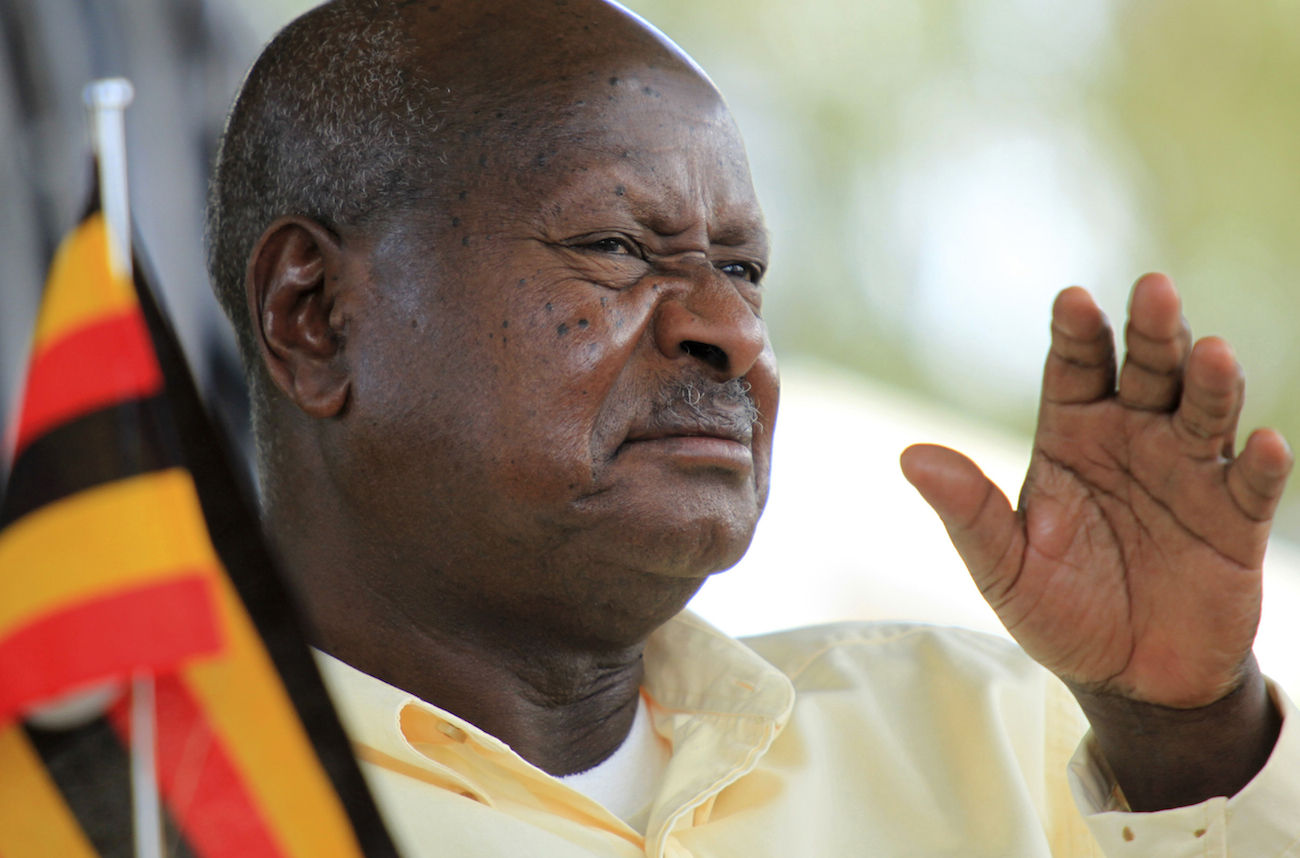 As an end in itself, it's undoubtedly a good thing that Uganda's infamous “Kill the gays” bill was not voted on before the end of the current parliamentary session on Wednesday afternoon. But the larger battle for lesbian, gay, bisexual, transgender – and straight – human rights to be upheld in Uganda will get nowhere until activists look at the bigger picture. By THERESA MALLINSON.

Since the beginning of this week there’s been an international outcry about the resurrection of Uganda’s anti-homosexuality bill. The bill, first debated in parliament only last Friday, was set to go to the vote on Wednesday, until the matter was mysteriously dropped from the parliamentary schedule.

Among the many international online petitions calling for the bill to be withdrawn, Avaaz and Allout’s were the most prominent, with the former currently boasting more than 1,250,000 signatures, and counting. “48 Hours to Stop Uganda’s Gay Death Penalty!” exclaimed Avaaz. “We’ve stopped this bill before, and we can do it again. Ugandan President Museveni is scared of losing valuable international aid from the West – after a massive international outcry last year, he stopped the bill from coming to a vote. But political unrest is mounting in Uganda, and religious extremists in parliament are hoping confusion and violence in the streets will distract the international community from a second push to pass this hate-filled law. We can show them that the world is still watching. If we block the vote for two more days until parliament closes, the bill will expire forever.”

So the vote has been stopped, again. But it’s far from clear whether the bill will in fact expire or if it can be brought before parliament’s next session in its current form. What is clear is that there’s no “forever” about the current good news. If the bill has passed its voting date, the MP who initiated it, David Bahati, has said he will simply propose a new bill, calling for the same harsh penalties for homosexuals. Among other things, the bill calls for the death penalty for people who have previous “convictions” for homosexuality, are HIV-positive, or engage in homosexual acts with minors. Although Bahati has publicly said the death-penalty clause will be dropped, the proposed legislation has not been formally amended to reflect this. It’s worth noting that homosexuality is already a criminal offence in Uganda, punishable by sentences of up to 14 years.

Speaking to Daily Maverick on Tuesday night, the executive director of Sexual Minorities Uganda (Smug), Frank Mugisha, said: “Given all the things going on in Uganda, the bill may also never get debated in this [parliamentary session], or, if debated may not get passed, however [I] am sure it will come back in the next [session].”

Just what are “all the things going on in Uganda” to which Mugisha alludes? Most prominently, the civil unrest in the form of the Walk to Work (W2W) campaign, which started a month ago on 11 April. These protests have seen Ugandans take to the streets to demonstrate against rising fuel and food prices. Opposition leaders and demonstrators have been brutally beaten up, arrested and, according to Human Rights Watch, nine protesters have been shot dead. Photo: Anti-riot police walk in a formation as they patrol along a street in the Kalerwe suburb of the capital Kampala April 14, 2011. REUTERS/Edward Echwalu

That something’s clearly up in the country is evidenced by the furious speed of the social network activity. On Wednesday afternoon, some of these Tweets refer joyously to the fact the bill wasn’t passed and the large majority of them are still calling on people to sign the various petitions after the event. The few Tweets about the latest episode connected to W2W – opposition leader Kizza Besigye being denied entry onto a Kenya Airways flight to Kampala, after he was admitted to hospital in Nairobi seeking treatment for his injuries inflicted by the Ugandan police force – are all but lost in the stream. Conveniently, Besigye will now not make it to Kampala in time to attend Museveni’s presidential inauguration on Thursday.

The world is indeed watching Uganda – but very selectively.

Which begs the question: Why was the anti-homosexuality bill suddenly debated in parliament last Friday, after being shelved for more than 18 months in the face of international pressure? There are two ways of looking at it. Firstly, given the current turmoil in Uganda, it would have been able to pass unopposed. On a local level, one can see the twisted logic in this. For many Ugandans, worried about how to feed their families, pay their bills , and escape being tear gassed by police on their way to work, taking a stand against the bill is not a priority. As a further point, debating the bill while his own grasp on power is a tad precarious also allows Museveni to tap into the anti-homosexual sentiment, which is all-too-common in Uganda, to boost his own position.

On a global level, the diversionary logic works in reverse – get the international community to focus its outrage on the bill, and attention is distracted from the general protests in Uganda. This approach seems to have worked a treat. In case you were wondering, there are no online petitions calling for an end to the violent clampdown on the W2W protests, or the brutal treatment of Besigye and other opposition leaders in particular.

There is a plethora of causes calling out for human-rights activists’ attention around the world, and no one activist can fight on behalf of all of them. But, in this particular case, it doesn’t do either cause any good to separate the issues. LGBT rights are human rights. And, as the events of the last few years have demonstrated beyond doubt, Museveni and the Ugandan government clearly don’t respect those either. Sadly, LGBT individuals will never be safe in Uganda even beyond Museveni’s hold on power, until a general culture of human rights is established.

Asked whether human rights’ activists within Uganda have made a connection between freedom of expression and freedom regarding  sexual  orientation, Smug’s Mugisha says, “In Uganda, they are seen as two separate causes. There is too much harm that has been done by church groups here – even human-rights activists do not want to speak out for us.”

Museveni’s tactics will probably continue being successful until the people of Uganda adopt a holistic view of the repression facing the all country’s citizens. As anonymous blogger Gugs, who posts at Gay Uganda, wrote on Friday:  “People, I am a gay man, who is Ugandan. I can be killed because of being gay in Uganda. But, I can also be killed because of the general abuse of human rights in the country… If you want to condemn the anti-homosexuality bill, please condemn [it] in the strongest terms possible, the general state of human rights in Uganda… Do not separate the two issues. Mention both in the same sentence, in the same breath… LGBT rights are human rights. They are not divisible.” DM