Consider this a divorce: A Schwarzenegger/Shriver marri...

Consider this a divorce: A Schwarzenegger/Shriver marriage primer 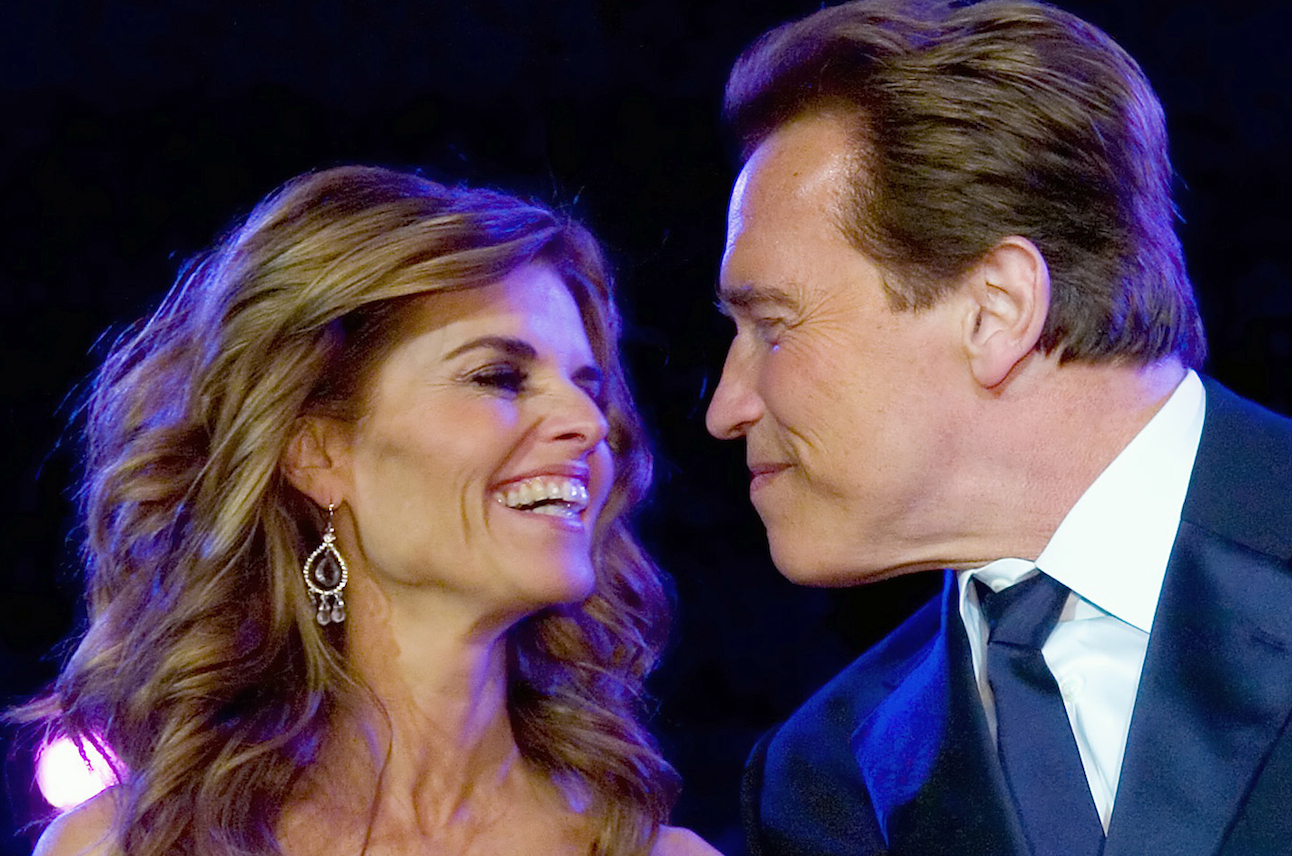 The first thing one learns when writing about Arnold Schwarzenegger is how difficult it is to spell his last name. No matter how many times one does it, one has to fall back on spell check to get it right. The second thing one learns is that his marriage is apparently ending. Daily Maverick has it on solid authority that he’ll be separating from Maria Shriver, his wife of 25 years, and a famous lady in her own right. We weigh in on the split and posit why it may have happened. By RICHARD POPLAK.

On Tuesday, CNN called in its resident clinical psychologist, Jeff Gardere, and posed the following question to him regarding the Schwarzenegger/Shriver split: Why would a couple married a long time decide to break up? Some readers may take this as a sign that American cable news has washed up on the detritus-lined shores of the utterly pointless. We, on the other hand, take it as a solid question, worthy of serious consideration. Why are they calling it a day? Some suggestions below:

Sick of watching his movies on rare days off.

Famously, Arnie enjoys watching his own films. It’s one thing having to watch “Terminator 2: Judgment Day” over and over again. But when it comes to lesser fare in Schwarzenegger’s filmography, the waters get a little choppier. “Red Dawn?” “Kindergarten Cop?” “End of Days?” And having to eat buckets of steroid-laced popcorn while Arnie says, “Dere, check da biceps in dat shot!” perhaps goes beyond the limits of their marriage vows.

Had enough of Kennedy political pressure.

Arnold Schwarzenegger could have had his pick of any girl in his adopted country. There were days in the ‘80s and ‘90s when he was, and by a long shot, the most famous man in the world. He chose for his bride a slightly horsey television journalist who had a world-class pedigree—she was a member of the storied Kennedy clan, who presumably need no introduction here. Arnie never made a secret of his political ambitions, and when California voters recalled Governor Gray Davis, he slotted himself in to the big job in Sacramento. That’s as high as he can go, given that he was born in Austria. (See: Trump, Donald, and the Birthers.) This can’t be easy on the guy. Perhaps he’s tired of the subtle, whispered insinuations at the dinner table that he’ll never, ever be president. Even tough guys get the blues.

Arnie has already had his chest opened up for invasive open-heart surgery. (Apparently, they used a uranium-tipped buzzsaw.) This bout of ill health, which we are told had nothing to do with his decades-long abuse of anabolic steroids, was a warning the Kennedy clan takes no prisoners when it comes to misery. The tragedies are too numerous to list here, but they include two assassinations, a drunken car crash, brain tumours and a downed plane. Even the hardest man on the planet can’t mess with Fate. (See: “End of Days”. Actually, it’s okay, don’t.) Time to leave while the going’s good.

Being governor is hard. Being a movie star is harder.

It’s one thing running the most dysfunctional state in the union, trying to find money when tax revenues are non-existent and patching up a legislature that hasn’t worked since Ronald Reagan ran the joint. It’s another thing being a movie star. The pressure of delivering a solid piece of franchised product to vicious studio execs is probably the most impossible job in the world, and it’s hell on a marriage. (Hollywood doesn’t have a great record when it comes to nuptial longevity.) Perhaps it’s best the marriage ends now, before the real pressure starts.

In “Total Recall”, Arnie shot his onscreen wife in the face. (Granted, she was a high-tech humanoid in the body of Sharon Stone, but still.)

In “True Lies”, he subjected his wife, played by Jamie Lee Curtis, to mild torture and sexual humiliation, so that he could save the world. Perhaps Maria Shriver has taken the celluloid hints, along with a series of infidelity charges and real-life sexual assault claims (Arnie is, apparently, a serial groper, who has by his own admission “behaved badly”.) and is getting out before she has to strip in front of Islamic terrorists to save the US from a dirty bomb.

Fruity environmentalism getting her down.

Used to be, Arnie was a man’s man. He was the first dude to rumble down Rodeo Drive in a Hummer, making that vehicle the ubiquitous choice of fat, cigar-chomping Viagra users the world over. Now, he runs his vehicles on carrot juice and has tub-thumped his environmental credentials, despite running on a Republican platform. Shriver married a man who practically slicked baby seals in crude oil; she’s separating from a fellow who hugs redwoods and necks with koala bears. Quinoa eaters do not get the chicks. It’s time for her to leave.

He promises to make another comedy.

That’s it. A deal breaker. Time to pack the Louis Vuittons and run for the Hollywood Hills. If only the Daily Maverick could join her. DM

Watch Dr. Jeff Gardere do his thing on CNN.

Photo: That was then: California Governor Arnold Schwarzenegger (R) smiles with his wife Maria Shriver at the Governor’s Inaugural Ball at the Sacramento Convention Center January 5, 2007. REUTERS/Brian Baer.