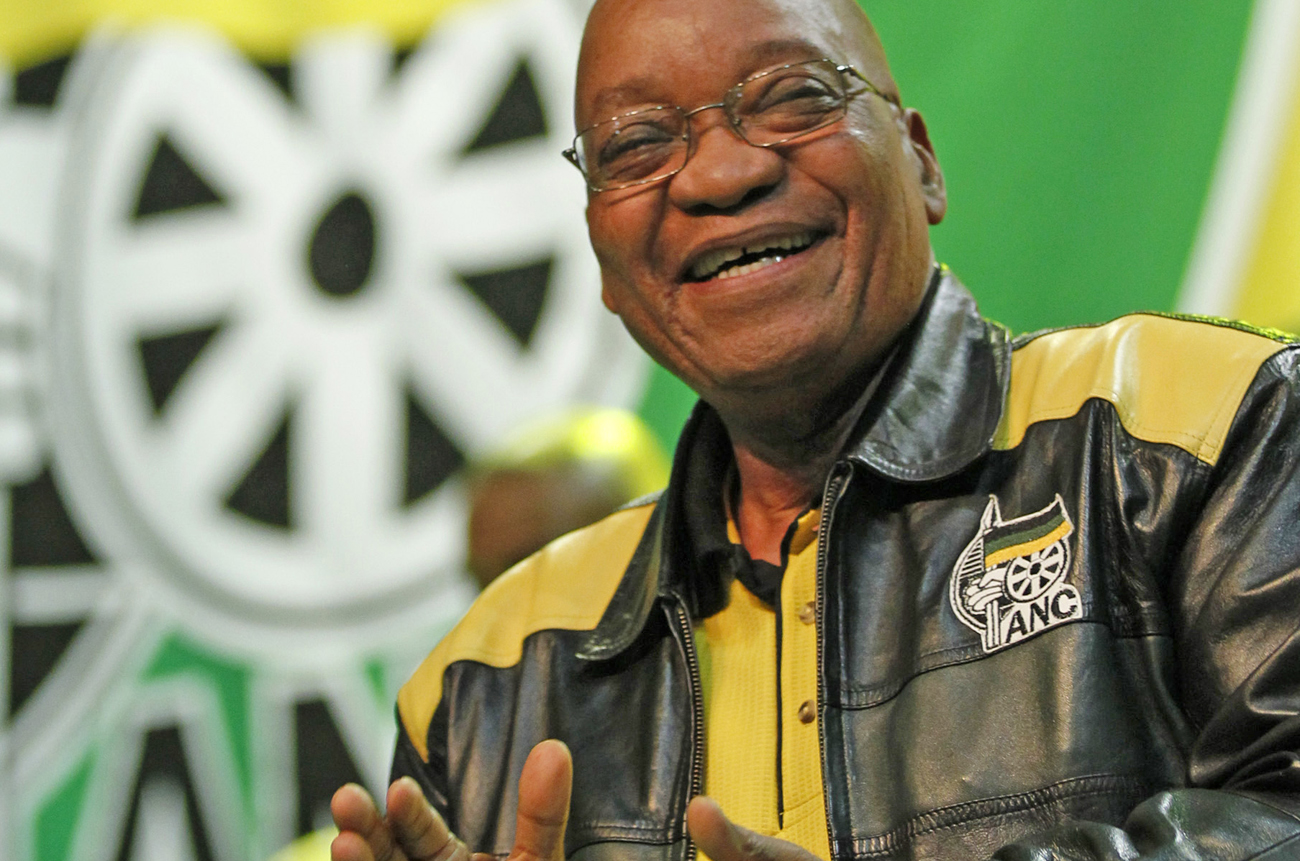 The ANC’s head honchos have enveloped themselves in the blankets of big-time rock stars. Public appearances as part of the Vote For Me Cos Why tour are treated like concerts – with lots of singing. But even audiences like to be treated with respect. By STEPHEN GROOTES.

Politics is the stage, and its big personalities are rock stars. In South Africa, these rock stars are often mobbed; they even have groupies. To be a good rock star you need to have street cred, you need grit, and star quality. It also helps to have a bit of a bad boy reputation sometimes. Julius Malema explained, you might say. But the reaction of your fans tells us so much about their reaction to your party. Which is why following politicians on their concert tours is such a party.

In 2009 President Jacob Zuma was the Elvis to Julius Malema’s Eminem. The guy who actually still pulled a bigger crowd no matter what language his younger competitor used. He was the person for all ages and genders of South Africa, the person who had a genuine all-round mass appeal. And it was used by the ANC to great effect in 2009. One of his signature concerts, at Johannesburg’s Park Station, was big, loud, it was ROCK all the way. And it worked. The crowd loved it. It even started on time. It was unannounced, but the moment Zuma walked into the building, the placed heaved and shook.

This Monday morning was different.

Firstly, the roadies (us bothersome scribes) were kept waiting for a while. Two hours, as it happens. No doubt the ANC presidency will quibble with this figure, but we were told 5:45 (that’s am!) and we were there by 6:00. Less than resplendent in their yellow were some ANC officials. Joburg’s not-really-mayor-any-more Amos “There’s no such thing as a crisis” Masondo, Joburg’s transport boss Rehana Moosajee, even Gauteng ANC chairman Paul Mashatile. You can see how Mashatile is so good, he simply has the natural confidence to hand someone a flyer and say vote for me. And he’s doggedly upbeat.

But that was all there was. It would have been a little, well, subdued… not a strong enough word, pathetic, too strong… pitiful… maybe.

At around 7:00, (it was hovering around 3°C at this point), we heard singing and chanting. It was a group of ANC supporters. In yellow with printed placards and caps. They’d brought their voices along too. So clearly what had happened was in an amazing coincidence, about 50 ANC members just happened to be walking along Rissik Street at the same time at 6:55 on a freezing Monday morning, and had taken it upon themselves to come to the station at that time.

Gee Gwede,  you could at least have bussed them in.

So now we had the roadies, the groupies, and the sound check had been done. All we needed was the star.

Eventually, just after 8:00, he arrived. It might not have been a stretch limo with a Jacuzzi, but it did come with a cavalcade. He stepped out. The paid-for groupies started moshing. And in we all went.

Well there was the usual pandemonium. It was loud, it was frenetic. Those security guys you usually see at the front of a concert had their hands full. The closest physical contact anyone would have managed was with a stiff forearm of a police officer. But it was fun while it lasted.

Two schoolboys in their uniforms saw the excitement and rushed over. They wanted a glimpse of a star, any star. But from their conversation, it was obvious they would have preferred to see Eminem rather than Elvis. They even used Malema’s name.

Of course, the real mistake was that the star was too late. The morning rush was over, and had been for about 40 minutes. So what was the point really? Then up to the adjoining taxi rank. It’s a concert with a movable stage, the latest thing in the arena experience.

Except that 8:30 on a Monday morning is not the best time to hold a concert in a taxi rank. It’s empty. The only people around are taxi drivers. Youngish men with shortish tempers. They were politely enthused in their way, but it wasn’t massive.

Then it was time for a brief word with the roadies, but the music was really not worth mentioning. It’s not normal for our star to give them his best performances.

After that it was back into the limo and off to Luthuli House, for a meeting with the country’s other top musicians.

Monday’s performance wasn’t off key, but you have to ask why this particular May tour is less than fully organised. The best concerts are often the least organised. But that’s not really working here. So why?

But the more interesting question is why is our star not hitting the high notes. What’s happening with his management? Is there a problem? Or is it simply that some of the hits being belted out are getting a little old. There’s nothing really new, nothing that impresses. It’s a bit like listening to Janet Jackson. Past its prime, was really good once though.
The fact is that in the past this star was judged on his pre-publicity. Now he’s judged on his actual record. And the LP has had serious problems. Some tracks arte badly produced. And once that happens it’s hard to get people as interested as they were.

But he mustn’t worry. Sunday’s Siyanqoba concert is coming. And perhaps he’s been saving his voice for that. That’s the one that really matters anyway. DM