Of toilets and pamphlets and their respective uses 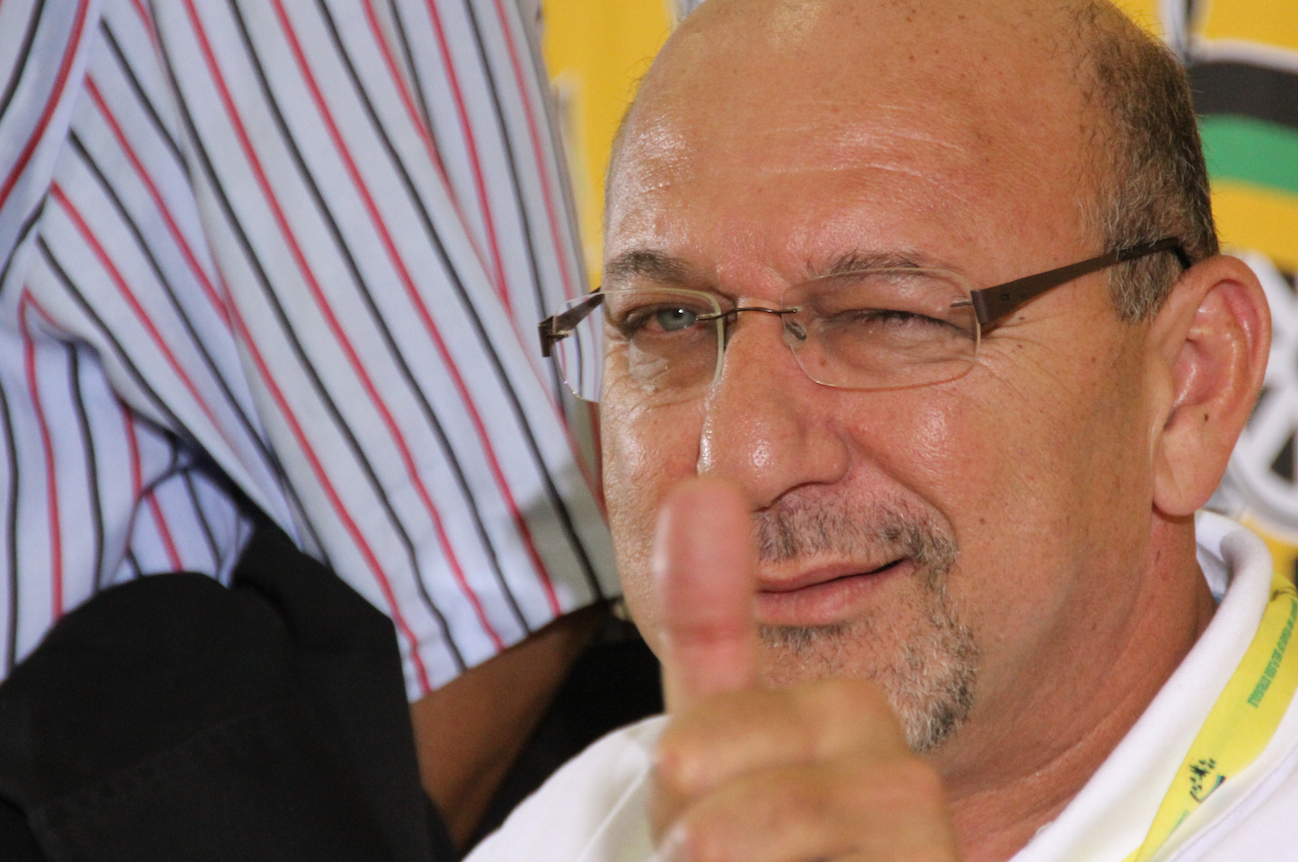 As a country we have serious issues and plenty of them. And we’re talking about the stuff that really matters, you know; shelter, crime, security, poverty, our past. So you’d think with just eight days to go until an election the ANC would call a press conference about something consequential. Boy, would you be wrong. By STEPHEN GROOTES.

A few days ago we lamented that this election had no real issue. Well, that’s changed. It’s going to be bogs, lavatories… Outhouses, without the house part. Toilets, in other words.

This subject can be embarrassing in certain quarters. But you’d have to look hard to find a red face at Luthuli House. For the past year or so, the ANC has been banging on and on about how the DA has been abusing people’s human rights by building toilets without walls in Makhaza. It was the one issue the ANC used time and time again. Then over the weekend, it emerged that an ANC council had done exactly the same thing in Viljoenskroon (it’s a tiny place in Free State known for having produced Bruce Whitfield… and little else). Oops. So in damage control mood ANC secretary-general Gwede Mantashe held a press conference and didn’t apologise so much as promise a full investigation.

On Tuesday, ANC treasurer Mathews Phosa and planning minister Trevor Manuel held their own press conference to turn it up a notch. Phosa is brilliant at this sort of thing: “Unlike the DA we will not abuse taxpayers’ money by appealing. We do not need to be ordered by a court or the Human Rights Commission to do what is right.” It was good old-fashioned spin. And the people involved, “Had no right to do that in the name of the ANC,” and they will, in time-honoured ANC fashion, be “dealt with”. In a year’s time, do a Google search and see if you can find anyone who’s been punished for this. We’ll lay odds you won’t find anyone.

Then the spin duo of Manuel and Phosa changed the attack and started coming around the wicket. They were going to the police station they said, in fact, they would like us to come with them. And if we’re good, joked Manuel, they won’t ask the cops to lock us up. What was the evil plot they’d uncovered. Well, guess what… whisper it… because it’s shocking, you should speak behind your hand. The DA, yes, the blue-shirted DA, has been passing around a pamphlet… huh! Yes a pamphlet saying… yes, go on, saying what… that, one Trevor Manuel… yes?.. is telling people…are you ready? … not to vote for the ANC. Ja ek se, really, shocking isn’t it. How dare they? Electioneering most foul!

Now, dear reader, if you’ve recovered from the shock and had a good dose of the smelling salts, here’s the fun part. This naughty pamphlet contains a statement put out by the DA’s Lindiwe Mazibuko (Blade Nzimande’s favourite “darkie”) back in March. Yes, March. Two months ago. Its vicious and unspeakable crime is a cunning series of quotations from Manuel’s speeches gently criticising the government. According to Mazibuko, this meant Manuel was telling people not to vote for the ANC.

Manuel is shocked. Outraged. And deeply hurt. So after the press conference they all rushed off in indignant haste to the local police station (Jackson Mthembu suggested, hopefully in jest, that it was the John Vorster station) to go and lay a charge. A criminal charge no less. Of fraud and crimen injuria.

Gee, this election better hurry up before someone really actually tackles an issue.

Mazibuko says it’s not a DA pamphlet at all, but it was her statement and she sticks by “every word”. She should do that. It was clever politicking at the time, and all the ANC has really done is brought back into the spotlight an issue it forgot to close off. Back when Manuel famously asked government spokesman Jimmy Manyi “where were you in the war, Jimmy?”. She also says this is all “nonsense” and the ANC is “desperate not to talk about its delivery record”. She also has a great soundbite on how the ANC’s “campaign has focused on conspiracy theories and how this is just a move to get some attention”. In short she makes it look a little pathetic.

It is a little pathetic.

Except, for one thing: No one’s talking about those blasted toilets anymore, are they? DM

Grootes in an EWN reporter.