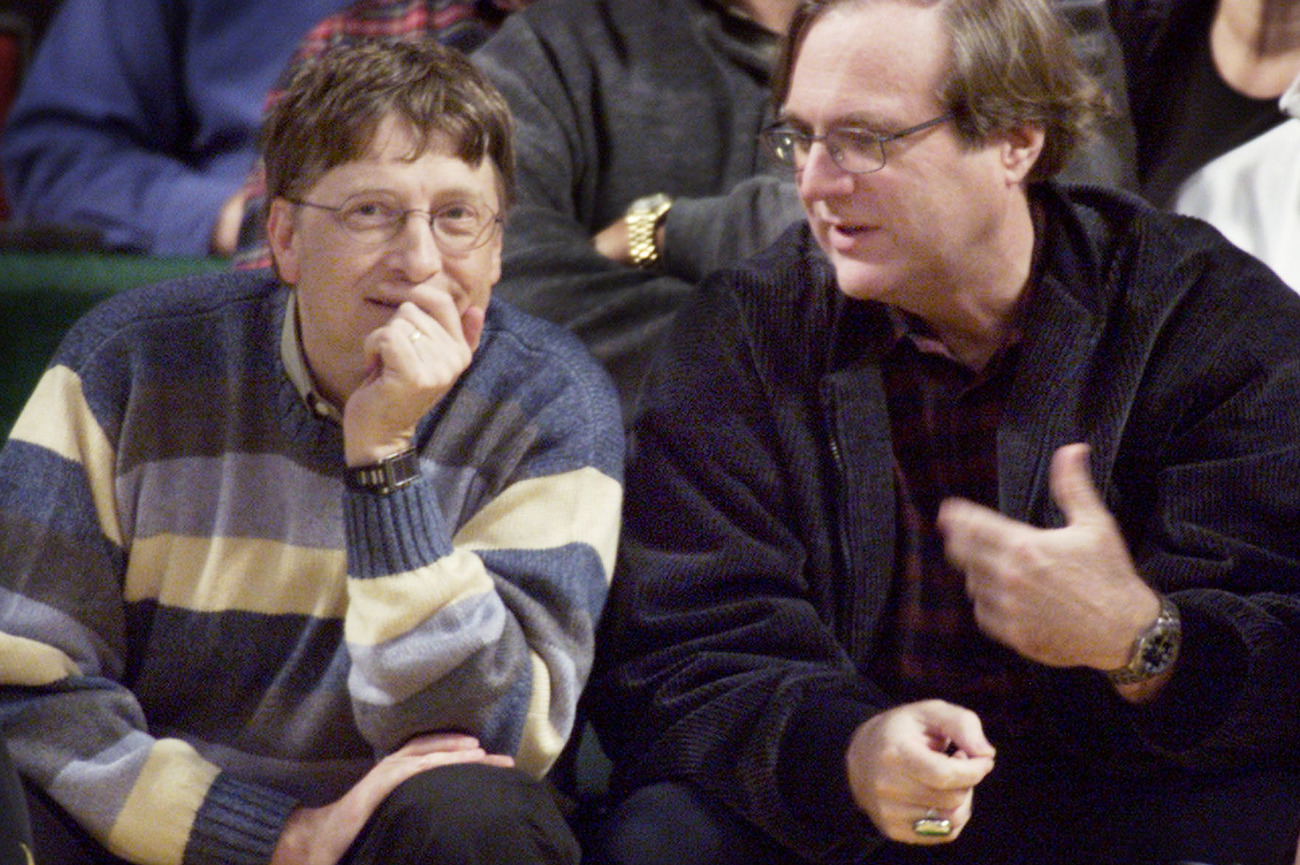 Microsoft co-founder Paul Allen has just released his memoir, revisiting those legendary early years at Microsoft. Allen wants the world to understand just how bad Bill Gates was, and just how brilliant and innovative Allen was and how unfair it is that Gates gets all the glory. Ah, geeks and their Shakespearean dramas. By SIPHO HLONGWANE.

History is replete with tales of jilted lovers and betrayed friends. When it comes to technology, betrayal among friends and business partners is par for the course, at least in the popular imagination. The feud between Thomas Edison and Nikola Tesla first began when the Serbian employee of the celebrated inventor said he could improve Edison’s direct current motors and generators and was reputedly offered $50,000 if he could. Tesla duly did in 1885, and when he approached Edison for his prize, he was told, “You don’t understand American humour”.

More recently, the story of Facebook’s genesis received the Hollywood treatment in Aaron Sorkin and David Fincher’s artistic semi-true biopic The Social Network which portrayed Facebook creator (or not: that’s the thrust of the film) Mark Zuckerberg as a back-stabbing leech who betrays his business partner Eduardo Saverin. After much quivering of lips and wagging of fingers, Zuckerberg paid Saverin his dues, both on-screen and in actuality, speculated to be a number containing an indecent number of zeroes.

Paul Allen is after his own dues in his new memoir “Idea Man”, released in the US on 19 April 2011. Subtitled “A memoir by the co-founder of Microsoft”, Allen sets out his version of the early days (in the first part of the book) with Bill Gates and Microsoft and seeks to bring the credit where he feels it rightly belongs: with him.

Janet Maslin of The New York Times described the book as being more about Allen’s life after Microsoft (billionaire making his wildest dreams come true), but first it seeks to do some rewriting of the myths surrounding the tech company. She said, “The first half of ‘Idea Man’ sets forth Allen’s version of the Microsoft creation myth, depicting Gates as a petulant, ambitious and money-minded mogul-to-be and Allen as an under-appreciated visionary. Pictures of them from the 1970s and early ’80s also tell this story, making Allen look like a hirsute, powerful older brother and Gates like a kid.”

The young Gates is portrayed as a show-off in “Idea Man”. Allen writes that Gates quit theoretical mathematics at Harvard to do applied mathematics because he wasn’t the smartest guy in the room. “The course was purely theoretical, and the homework load ranged up to 30 hours a week. Bill put everything into it and got a B,” Allen wrote. “When it came to higher mathematics, he might have been one in a 100,000 students or better. But there were people who were one in a million or one in 10 million, and some of them wound up at Harvard. Bill would never be the smartest guy in that room, and I think that hurt his motivation. He eventually switched his major to applied math.”

Allen also casts Gates as a conniving businessman who managed to talk him out of his 50-50 share of the company down to a 64-36 split despite the fact that the older Allen had the better innovative mind of the two (he claims credit for introducing the idea that Microsoft should switch from a flat-fee licensing to per-unit royalties).

Allen and Gates founded Microsoft in 1975 and hired Steve Ballmer in 1980 to run the business side of the company. The two founders agreed to give Ballmer 5% equity, but Gates went behind Allen’s back and offered Ballmer 8.75%. When Allen challenged him, Gates agreed to make up the difference from his own share. Ballmer and Gates were constantly conspiring against Allen behind his back, the latter suggests in his book. When Allen was diagnosed with Hodgkin’s lymphoma in 1982, Gates and Ballmer plotted to dilute his share of the company by offering other stuff equity.

Allen dishes dirt on Ballmer’s practices as Microsoft’s CEO, saying his strategy for Microsoft’s survival in a rapidly changing tech environment was copying his competitors. “[The competition] can be taken,” he said to the company, according to Allen. “But the only way we’re going to take them is to study them, know what they know, do what they do, watch them, watch them, watch them. Look for every angle, stay on their shoulders, clone them, take every one of their good ideas and make it one of our good ideas.”

Allen’s cancer was successfully treated in 1983, but he never went back to his old job at Microsoft. He held on to his share of the company (after having rebuffed a $5 a share offer from Gates, feeling it was half of what he was prepared to accept) which would later make him one of the richest men in the world. The latter half of the book focuses on what Allen did afterwards: “space ships, science fiction, movies, sports and guitars have been among the many, many formative passions that he has indulged to the max”, as NYT described it.

Paul Allen is a rich guy now – $13 billion rich. He’s owner of the American football club, the Seattle Sea Hawks, the basketball club the Portland Trail Blazers, part owner of the Seattle Sounders association football club and other investments in tech, real estate, media and other companies. He was the sole investor behind Burt Rutan’s SpaceShipOne, the first privately funded project to put a civilian into sub-orbital space and his film company has garnered many awards and accolades. What could he possibly want with this back-to-the-past book that he doesn’t already have?

“Idea Man” bristles with umbrage when it tells of how Allen left Microsoft in 1983. After overhearing Ballmer and Gates planning to cut him out the company, he drove home in a rage and a cloud of hurt feelings. “I helped start the company and was still an active member of management, though limited by my illness, and now my partner and my colleague were scheming to rip me off,” he writes. “It was mercenary opportunism, plain and simple.”

It seems more than the wealth and the fine trappings that come with it, Allen wants to be acknowledged as the co-genius behind Microsoft. He wants his opinions heard and his quotes to be recited too. And when Fortune magazine came knocking at his door to ask him about Microsoft, he was ready. Slamming Microsoft’s pallid Windows 7 Phone he said, “It’s not bad for a first release, but to get people to stop using their iPhones… Years ago, I went over to Microsoft to put in my two cents.
“Look, people are going to walk into a phone store, and you want something they’re going to hold in their hand, and they’re going to get excited about it immediately because there’s something unique in the interface or the way it feels in their hand. Or its capabilities. So it’s a big challenge, but they’re pulling out all the stops,” Allen said.

He thought that Microsoft’s current slip in the market is due to the company’s poor leadership, scale and mediocre culture. To succeed, Microsoft would need to “be ready for the competition, and have some agility to react.”

As for Gates, he has declined to comment on the book so far. But when Vanity Fair published an excerpt in March, he said, “While my recollection of many of these events may differ from Paul’s, I value his friendship and the important contributions he made to the world of technology and at Microsoft”.

Perhaps much like he is portrayed in “Idea Man”, Gates prefers to seethe in private. DM

Photo: Microsoft co-founders Bill Gates (L) and Paul Allen (R) chat at courtside during the NBA game between the Seattle SuperSonics and the Portland Trailblazers at Key Arena in Seattle on March 11, 2003. As then Microsoft chairman and chief software architect, Bill Gates was named the richest man in the world for a sixth straight year. REUTERS/Anthony P. Bolante.