Yuri Gagarin, Vostok 1 and the void of space, 50 years later 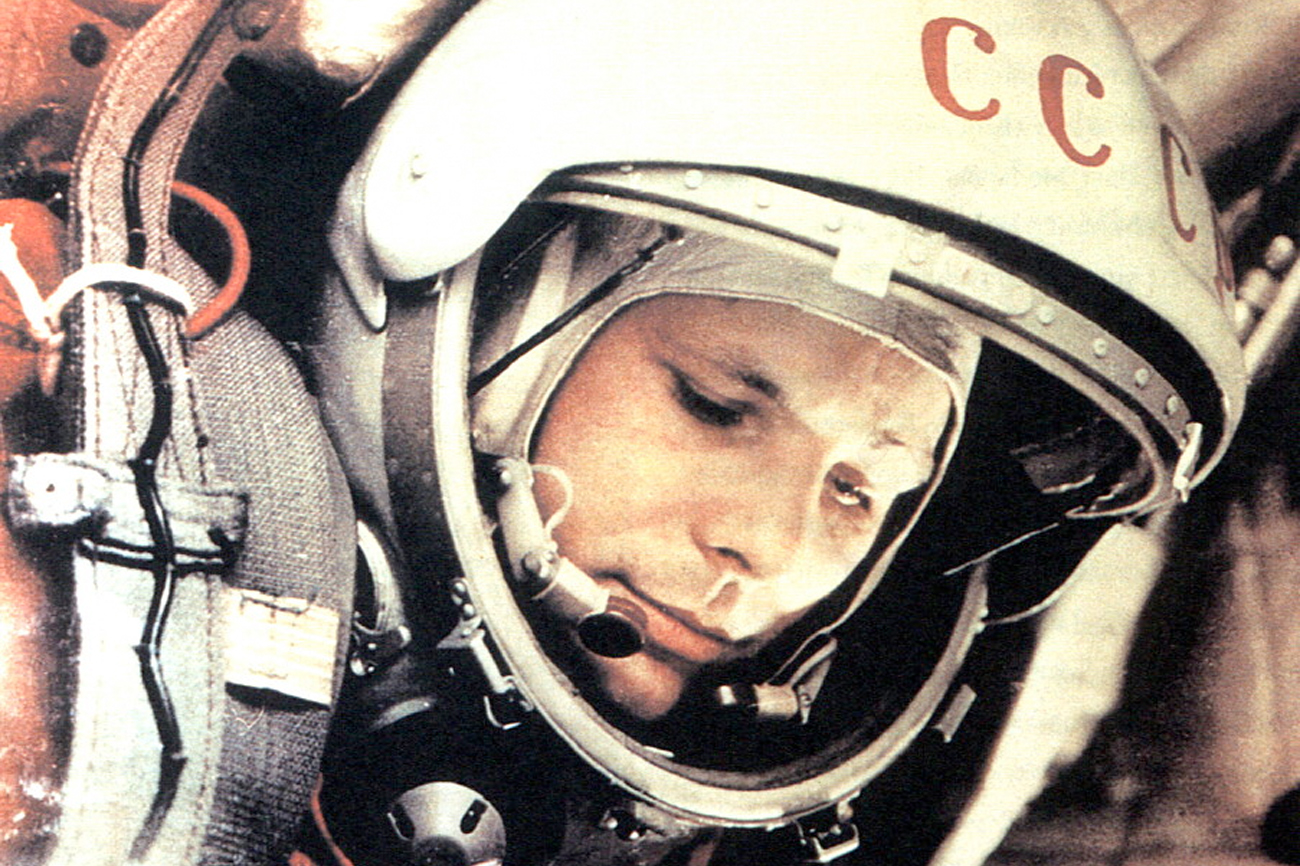 On Wednesday 12 April, 1961, a tiny cosmonaut named Yuri Gagarin crawled into the Vostok 1. At 9:08, he became the first man to be successfully rocketed into orbit. He was a Soviet icon, a key figure of the Cold War and something more surprising –in the midst of the space race and Mutual Assured Destruction, Gagarin suggested that we are all united under the blanket of the universe. By RICHARD POPLAK.

Cosmonauts at the Yuri Gagarin Training Centre in Star City, Moscow Oblast, have a ritual – before being shot into God’s maw, they urinate against the tire of the truck that will take them to the launch site. They do this because Yuri Gagarin did it, on the clear morning before his legendary flight. It’s a beautifully human moment – one that reduces Gagarin’s achievement to an understandable scale. Defined by nerves, the first man to orbit earth emptied his bladder before blast-off.

Tonight, half a century after that trip, earthlings across the planet will be celebrating the annual nerdfest Yuri’s Night. On the group’s website, they cite the following Gagarinism: “Circling the earth in my orbital spaceship I marveled at the beauty of our planet. People of the world, let us safeguard and enhance this beauty – not destroy it.” In this reading of the Gagarin narrative, the cosmonaut becomes a unifier, a builder of celestial and earthbound bridges. But it was not always so. In 1961, Yuri Gagarin was a weapon, the arrowhead on a rocket shot straight into America’s heart.

He was born in 1934 near the town of Gzhatsk (now Gagarin, naturally), in western Russia. His parents slaved away on one of Stalin’s collective farms, and the family suffered serious deprivation during the Nazi occupation. The young Gagarin nevertheless dreamed of space –he’d look up, and see himself in the heavens. He learned to fly a light aircraft, joined the Soviet Air Force, and got his wings on a MiG-15. By 1959, he was a senior lieutenant.

The Soviets had been developing their space programme since the 1930s, and they were determined to send a man into orbit before the Americans did. The Soviet Space Programme was the first to fire an Intercontinental Ballistic Missile (ICBM), the first to put a satellite into space (the Sputnik 1), and the first to send an animal to meet his maker, in this case the pooch Laika. The Soviet Soyuz rockets were the most reliable means of bussing stuff into space; under Sergey Pavlovich Korolev, who himself dreamed of going to Mars, the Vostok 1 was designed, and manned space flight became a possibility. Photo: Fidel Castro (R) hands out a trophy to Soviet Union’s cosmonaut Yuri Gagarin (C) as Ernesto “Che” Guevara stands near in Havana in this file photo from May 26, 1961. Picture taken May 26, 1961 REUTERS/Prensa Latina

In 1960, Gagarin joined the Space Programme, and shot up the ranks. He was tirelessly intelligent, had a brain like a computer, was physically fit and, most importantly, stood all of 1.57 metres, which was a significant benefit given that the Vostok 1 was only slightly larger than an economy class seat on SAA. His peers agreed; in an anonymous vote, 17 of the 20 potential space candidates voted for Gagarin to be the first.

And so it was. On 12 April, Gagarin made his way to Baikonur launch pad, took his famous pee, and was shot into the heavens. “I could have gone on flying through space forever,” said he. Over the years, he spoke about that trip tirelessly – he became the Soviet poster boy for technological advancement and, as Nikita Khruschev saw to it, a defender of the communist secular line. “Gagarin flew in space,” insisted the famously testy premier, “but he did not see any god up there.” This, over the years, became transposed onto Gagarin’s outlook. Given the fact that the cosmonaut had his children baptised Orthodox, one wonders whether he did, in fact, see something more profound. Photo: Yelena (L), daughter of the first cosmonaut Yuri Gagarin, and Natalia, daughter of rocket and spacecraft designer Sergei Korolyov, attend a photo exhibition, celebrating the 50th anniversary of Yuri Gagarin’s historic first flight into space, with a photo of their fathers in the background, at Federation Council of Russia headquarters in Moscow, April 5, 2011. REUTERS/Sergei Remezov

One wonders, also, whether he saw any god when his MiG-15 crashed in 1968, killing him and his flight partner on a routine training flight. It was the tragedy that enshrined the legend, codifying Gagarin into the language and legacy of the Cold War, trapping him in the amber of that frightening age. Over the years, however, his image has been appropriated by those who saw something more essentially human in him, defined by his enormous smile and his appetite for living. “Let us safeguard and enhance this beauty,” he also said. Did he see, up there, a phantom mushroom cloud break the wondrous blue of our planet? Did he get a perspective on our collective insanity from the best seat in the house? One wonders. Photo: A visitor looks at a wall of photographs of cosmonauts on display during the opening of an exhibition at the Memorial Museum of Astronautics in Moscow April 8, 2011. Russia will celebrate the 50th anniversary of Yuri Gagarin’s historic first space flight on April 12. REUTERS/Alexander Natruskin.

Tonight, all over the world, Yuri’s Night enjoys its Golden Jubilee. So, raise of a glass of the vodka Gagarin never drank heavenward, and toast not just our planet, but also the creatures who are capable of destroying it. We may be MAD, but we also send men into space just for the heck of it. Gagarin embodied that duality. He was a Soviet weapon, certainly. He has become a bridge. DM