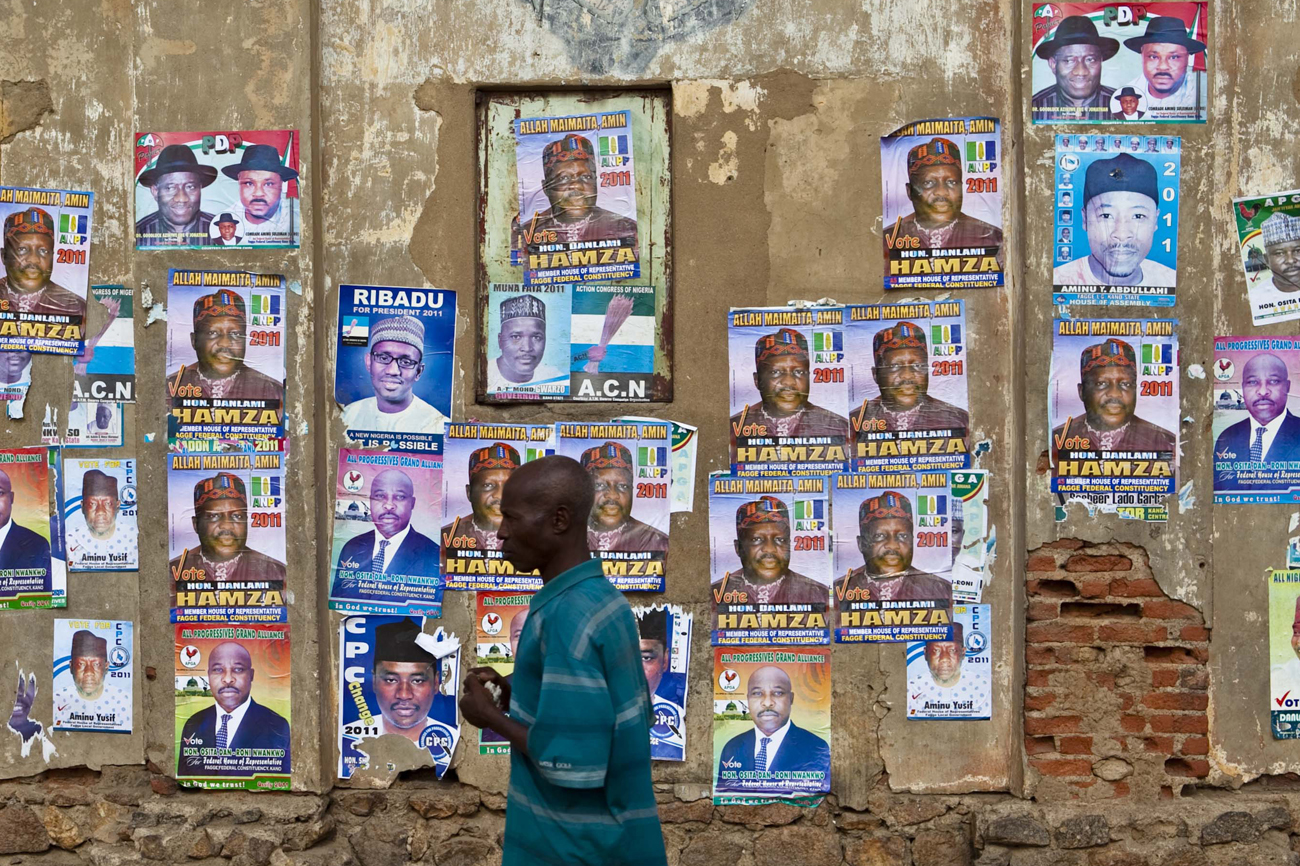 Nigeria’s much-anticipated general elections didn’t happen on 2 April. Well, they were about to, but were then postponed after widespread administrative collapse. These elections were supposed to prove to the world that a Nigerian election can be free and fair, but have accomplished quite the opposite. The implications for the region are not good. By SIPHO HLONGWANE.

Nigerian elections are notorious for being rife with fraud and administrative issues that would drive any decent bureaucrat nuts. The last election was in 2007, and the European Union called it the worst elections it had ever observed. To remove things even further from people’s choice, the president who won those deeply flawed elections Umaru Musa Yar’Adua died on 5 May 2010 of a heart condition, leading to his deputy Goodluck Jonathan replacing him.

The 2011 general elections were supposed to prove to the world that Nigeria could run them freely and fairly. Attahiru Muhammadu Jega was appointed new chairman of the Independent National Electoral Commission on 8 April 2010 by Jonathan in an effort to clean up the organisation’s image and, by extension, the image of Nigerian elections as well. None of this seems to have made any difference.

This move cannot have gone down well with the country’s 73 million registered voters. When the elections were still due on Monday, Jonathan told journalists it would be better to delay the elections by a few hours and make sure they were conducted properly. According to AFP, even the polling station were Jonathan was due to cast his ballot didn’t get ballot papers. The INEC seems to have realised that what goes wrong after months of preparations cannot be fixed in a couple of hours.

The situation is far from easy in Nigeria. Not only is it Africa’s most populous country, but elections are often marred by violence between Christians and Muslims as well as tribal tensions. The BBC reports that in these particular elections, Amnesty International says 20 people have already been killed. “A bomb was thrown into a police station in the city of Bauchi on Friday in an apparent attempt to cause panic. No casualties were reported. Police in the Niger Delta also said they had arrested two men driving a minibus filled with assault rifles, ammunition and a rocket launcher,” the BBC said.

It has just been 13 years since the military dictator Sani Abacha died and power was transferred to civilians. Olusegun Obasanjo was Nigeria’s first civilian president after Abacha, and the elections that brought him to power and kept him in for two terms were not considered fair. At the end of his term in 2007, he controversially mooted the idea of changing the constitution so he could have a third term. That didn’t work for Obasanjo (the voters perhaps remembering the fact that he had formerly been a military dictator) and Yar’Adua successfully ran for the presidency after him in what was the first transfer of power from one Nigerian civilian to another.

Controversy has dogged the 2011 elections from the start. After wars have been fought and countless lives lost on the issue of religion and tribalism Nigeria’s ruling People’s Democratic Party, under which Obasanjo and Yar’Adua ruled, had an enforced rule of swapping their presidential candidate between the Christian south and the Muslim north. Yar’Adua was a northern Muslim, and his untimely passing saw the Christian Jonathan come to power. Did this mean Jonathan should actually have let a Muslim carry out the remainder of Yar’Adua’s tenure?

The implications of a botched election are massive. Not only is Nigeria the number one oil producer on the continent, but it exercises enormous influence in the Economic Community of West African States. This botched election could very easily lead to huge internal fights. An unstable Nigeria will have a ripple effect throughout west Africa, where Côte d’Ivoire is already embroiled in civil war over a disputed election.

Nigerians, and many more around the world, are hoping the general elections will happen with as little incident as is possible in Nigeria. But saving Nigeria’s reputation when it comes to this sort of thing? That option went straight down the toilet the moment Jega announced the postponement. DM

Photo: A man walks past election campaign posters in Kano, northern Nigeria, April 1, 2011. Nigerians headed to polling stations on Saturday for parliamentary elections, the first in a series of ballots that will test whether Africa’s most populous nation can break with a history of vote fraud and violence. Picture taken April 1, 2011. REUTERS/Joseph Penney.