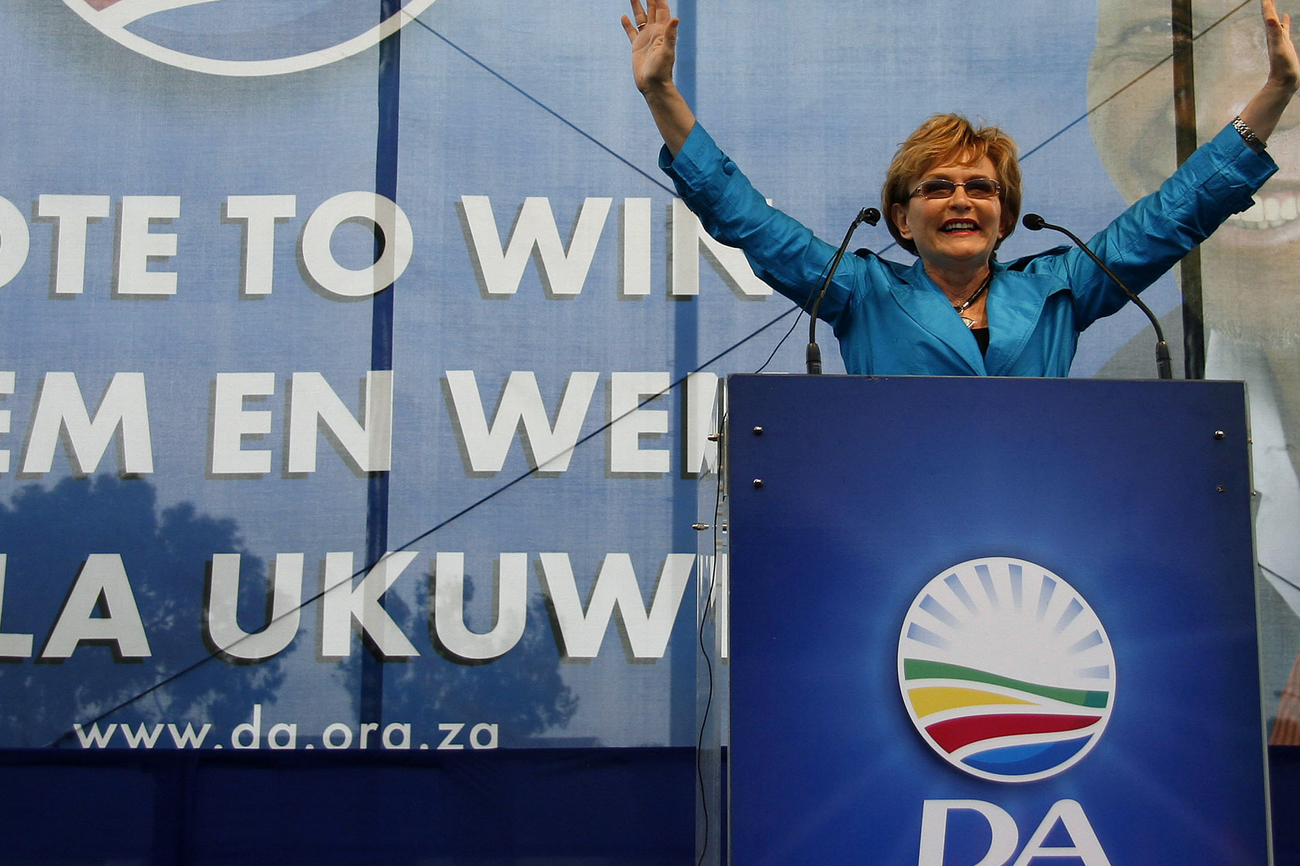 It’s local elections season, and one of the things parties like to do early on in is publish their manifestos. It makes them feel important. The ANC published its document almost a month ago. The DA has now followed suit. And it tells us almost as much about the ANC, as it does about the DA. By STEPHEN GROOTES.

That’s it. It’s really no more complicated than that. It may seem simple, perhaps overly so to reduce 24 pages to three words, but there it is. And no, we’re not being nasty. Because in the political world we live in, it’s easily the best strategy for the party. Whether it will work, of course, is another matter.

The document starts off with the usual introduction by DA leader Helen Zille. By the third sentence she’s talking about job creation, about how it will be the party’s priority in local government. Well, she’s right of course, it should be. But Gwede Mantashe would be forgiven for a little harrumph when he reads it. It’s strikingly similar to what the ANC’s been saying for ages.

Pretty quickly the document moves from the goals to the implementation. That’s what the DA prides itself on, and while it doesn’t use that word specifically, it’s obvious that’s the point of the whole document. Some of the measures are intriguing, some interesting and many just plain old common sense. For example, all council meetings are to be open to the public, all councillors will have to disclose their financial records every year, and metro police officers will have quarterly fitness tests. In fact, fitness for office is a big thing for the DA, it will only appoint officials on competence “and not their political affiliation”. The Twitter version: Deployment sucks.

There are some other big-on-the-ground promises that could make a real difference. For example, the pledge to ensure “all correspondence is acknowledged with 48 hours” would make a change. But the obvious one is about billing. In Joburg, it’s likely to be the issue. And the DA is not going to publish a manifesto that doesn’t promise to ensure that “citizens are billed correctly and only for the services they consume”. But wait, there’s more. Your council bill will also be properly itemised so you can see what you’re paying for. Dear Reader, if you live in Joburg, you will know that simple act will bring a smile to many a face. Oh, the idea of it, just for once to have a bill you know makes sense! To pay it knowing you actually owe that amount, to know you won’t be disconnected. To actually know that, and not just to hope and pray it! On Twitter: We won’t cock it up.

The DA makes plenty of hay with that other bugbear, crime. It talks about setting up community courts and naming and shaming drunken drivers in the media. Or as Twitter would put it: Remember Jackson Mthembu.

Being the official opposition in South Africa, where identity matters, a considerable part of the manifesto talks about informal settlements. The DA does have to work twice as hard to prove it’s not a party of minorities. So it talks about upgrading settlements and free basic services. Some of the plans, like six kilolitres of free water are already being implemented by the ANC anyway. And yes, there is a mention of toilets. Flushable ones. In informal settlements. There is no mention of walls, brick or otherwise. As a tweet: Squatters are people too.

Another aspect of our society that gets the DA treatment is alcohol. The DA is really on to something here. It’s plan to stop Cape Town clubs selling the stuff after 2am is something of which the ANC is possibly quite jealous. It’s something that’s already found resonance with Gauteng Premier Nomvula Mokonyane who said in her state of the province address this year that her government would look at changing the times bottle stores are allowed to operate. In this manifesto, the DA wants to “regulate the availability of alcohol with a view to lowering levels of abuse and the harms associated with abuse”. On Twitter: Moms, vote for us.

Reading through this manifesto one is struck by how similar it is in fact to the ANC’s. There are some good reasons for that. For one, the problems we face are easy to identify and most of us could agree on what they are. For another, the ANC has some pretty sharp people working on its policies, they are pretty good policies, and so the DA would be making a mistake to ignore them. Late last year in fact, Mantashe spoke to the ANC’s Provincial and Local Government Summit and made the point that “even in the Western Cape 80% of the ANC’s policies are being implemented”. He was talking about the fact that we do tend to agree on what needs to be done. Or as @GwedeMantashe: We all bleed the same blood.

The DA believes it can make good progress this year, that with a bit of luck, perhaps even a big metro will fall into its hands. Or certainly out of the ANC’s. This document won’t make that happen on its own. But it’s a good start. What this is really about though, is not promises. It’s about keeping them. And as every recipient of City of Joburg’s electricity bill would tell you, this is where the DA has a distinct advantage over the ANC. DM