Hillary Rodham Clinton: A story that’s unlikely to get its rightful ending 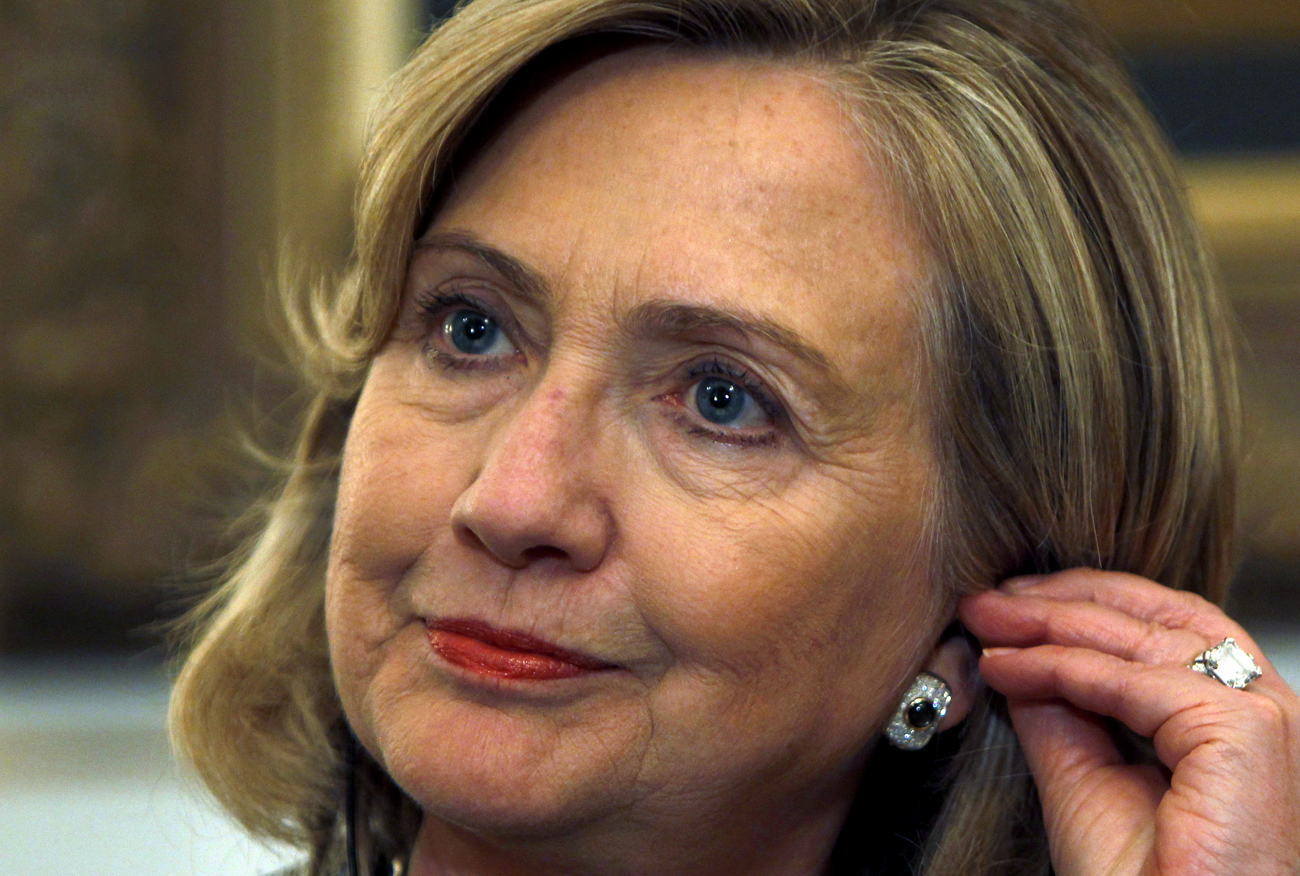 There have been some failures in the life of US secretary of state Hillary Clinton, like the fact that when she was in her mid-20s she failed the Washington, DC, bar exam. But on the whole, it’s been a story of singular talent, drive and achievement – and until just last week, it looked as if the ending might happen in the most powerful office on Earth. By KEVIN BLOOM.

In the late spring of 1971, Hillary Diane Rodham, a 23-year-old native of Chicago, Illinois, began an internship at the law firm of Treuhaft, Walker and Bernstein. Based in Oakland, California, the firm was anything but a conservative institution focused on the protection and preservation of corporate American values – its specialties included constitutional rights, civil liberties and various radical causes, and two of its four partners were current or former Communist Party members. Hillary, who following the assassination of Martin Luther King had organised a two-day student strike at Wellesley College, and who’d later taken on cases of child abuse as a first-year law student at Yale, seemed to fit right in. During the day she concentrated on her child custody caseload, and at night she’d go home to Bill, a fellow dissenter and Yale law student who’d cancelled his summer plans to be with her.

By now too ambitious and driven to waste vacations at the beach or traveling, the next summer Hillary and Bill campaigned in Texas for the unsuccessful Democratic presidential candidate George McGovern. Hillary had repaid Bill for his loyalty the previous year by staying on an extra term at Yale, and in 1973 she graduated with a Juris Doctor degree. Bill proposed marriage after the graduation, but Hillary felt it wasn’t the right time and turned him down – instead of taking on the responsibilities of a wife, she enrolled as a postgraduate student at the Yale Child Study Center. Her first scholarly article, titled “Children Under the Law”, got published in the Harvard Educational Review and frequently cited as an authoritative source in the field of children’s rights.

And these weren’t even close to the sum of Hillary Rodham’s achievements by the time she’d reached the age of 26. She’d also been the first student in Wellesley College history to deliver the commencement address, quoted for her outspoken views in Life magazine and on Irv Kupcinet’s nationally syndicated TV talk show, and fired from a fish processing cannery in Valdez, Alaska – where she was working in the summer of 1969 – for complaining about conditions (the factory was shut down overnight). Photo: Democratic Presidential candidate Bill Clinton takes advice from his wife Hillary at the podium at the Democratic National Convention at Madison Square Garden in New York, where he will deliver his acceptance speech later today on July 16, 1992. Reuters/Terry Bochatey.

But there was one big failure in Hillary’s life at this time, and it happened when she sat down to write the 1973 Washington, DC, bar exam. Of the 817 people that enrolled for the test, an impressive 551 passed – the overachiever from Chicago, almost unbelievably, wasn’t amongst them. In 2007, in his biography of the woman who then looked likely to be America’s first female president, Watergate reporter Carl Bernstein observed: “For the first time in her life she had flamed out – spectacularly, given the expectations of others for her, and even more so her own.” Bernstein noted that Hillary had kept the news hidden for thirty years, and had only alluded to it in her 2003 autobiography Living History, where she tried to argue that it had been part of her fate. “Despite the satisfaction of my work, I was lonely and missed Bill more than I could stand,” she wrote. “I had taken both the Arkansas and Washington, DC, bar exams during the summer, but my heart was pulling me toward Arkansas. When I learned that I passed in Arkansas but failed in DC, I thought that maybe my test scores were telling me something.”

Like to marry Bill? It would appear so. Hillary soon moved down to Arkansas and became a faculty member at the state university’s School of Law, where her boyfriend also taught. In 1975, when Bill proposed again, she said “yes”. Bernstein, not a writer known for his hyperbole or mawkishness, said of the ignominious event that led to this point: “There can only be conjecture about what turn her life – and the nation’s – might have taken had she not failed the exam.”

Last week, when Hillary Clinton, secretary of state in Barack Obama’s administration, said she would neither be standing for a second term nor making a second bid for the highest office in the land, the apparently fated coincidences in her remarkable life were thrown into stark focus. The man she married, of course, became the 42nd president of the United States of America, and her own Democratic Party candidacy in the 2008 presidential race was narrowly eclipsed by the man for whom she was now working. Why, CNN’s Wolf Blitzer asked, would she not be running for president again? “Because I have the best job I could ever have,” she told him. “This is a moment in history where it is almost hard to catch your breath. There are both the tragedies and disasters that we have seen from Haiti to Japan and there are the extraordinary opportunities and challenges that we see right here in Egypt and in the rest of the region. So I want to be part of helping to represent the United States at this critical moment in time, to do everything I can in support of the president and our government and the people of our country to stand for our values and our ideals, to stand up for our security, which has to remain first and foremost in my mind and to advance America’s interests. And there isn’t anything that I can imagine doing after this that would be as demanding, as challenging or rewarding.” Photo: U.S. Senator Hillary Clinton (D-NY) leaves a news conference arm-in-arm with the then U.S. President-elect Barack Obama (R) after being announced as his choice for U.S. Secretary of State in Chicago December 1, 2008. REUTERS/Jeff Haynes

In many observers’ minds, it was a deft way of avoiding a very tricky question. Rumours had been circulating in Washington that she was frustrated with Obama’s consistent indecisiveness on foreign policy, and one report even claimed that she’d likened the White House to “a bunch of amateurs” in its handling of Libya’s Colonel Gaddafi. Beyond that, there was the broader context to consider: Obama had already lost key allies including former chief of staff Rahm Emmanuel, press secretary Robert Gibbs and economic adviser Larry Summers, and his administration was looking anything but strong and healthy. As secretary of state, and arguably the most powerful woman in the world, Mrs Clinton needed to tread carefully.

Which was not something she hadn’t become used to. As Time magazine noted in a cover story in November 2009, the job of secretary of state tends to be more thankless than glamorous. Due to the slow pace at which diplomacy moves, real power in the US appears to reside in the National Security Council and the Pentagon, and very few secretaries of state actually distinguish themselves – amongst the few exceptions in the last four decades, the article claimed, have been Henry Kissinger, George Shultz and James Baker. Given her remarkable talent and history, however – not to mention the global fame that followed her when she was sworn in – Clinton seemed to stand out even amongst this bunch.

“It is a cliché to say that by naming Clinton, Obama brought his most popular potential opponent into the tent,” Time remarked, reflecting common consensus at the time. “The conventional wisdom, too cynical by half, is that he thereby succeeded in neutering her, a theory bolstered by Clinton’s reticence during her first nine months on the job, with special envoys like Mitchell and Richard Holbrooke doing the heavy lifting of diplomacy. But by naming Clinton, Obama also gave her great power, which cuts both ways: if she becomes dissatisfied with her role or the Administration’s policies, she can become a torpedo aimed at the Oval Office. Colin Powell had similar power and a real gripe – the Iraq war – but never used it. Clinton has no such gripe, but as the Obama Administration settles in and policy differences begin to emerge among the key players, the Powell conundrum looms: How will Clinton choose to use her power? How will Obama react if and when she does?”

These questions achieved their true poignancy last Wednesday. Coming at the height of her intense battle to get President Obama to join the fight for the liberation of Libya, Blitzer’s probings about Clinton’s long-term goals were less about personal interests than they were about the national interest: what, in effect, was going on in the inner sanctum of America’s executive branch?  The secretary of state had said before that she wouldn’t be around forever, but now, on the eve of a United Nations Security Council vote to approve the use of “all necessary measures” to protect Libyan civilians, her statements took on an added urgency. When Clinton was vindicated on Thursday evening, after the resolution was passed, it was clear to everyone that Obama had lost face.

Whether or not it was her intention to humiliate the president is a moot point – in all likelihood, the truth is “not”; since early 2009 she’s been loyal to him to a fault – because, according to her friends, her job has left her feeling increasingly fatigued. As the influential website Politico noted, her interview with Blitzer came during “an especially draining week”: her spokesman PJ Crowley was forced out for publicly condemning the Pentagon’s treatment of Wikileaks suspect Bradley Manning, and she was snubbed by pro-democracy leaders during a short trip to Europe and North Africa. “She’s tired – she still likes what she’s doing – but she’s tired,” one longtime Clinton friend told Politico, adding that she’s still regarded as an outsider in Obama’s inner circle.

These same friends say that she’s looking forward to a more stress-free life, which might include writing another memoir, teaching, and advocacy work (like launching a foundation for international women’s rights). If so, after a truly unparalleled career, she would have come back to the place she began. Amongst the great secrets of her student years – a secret easily as big as the fact that she failed the Washington, DC, bar exam – was her senior thesis for Wellesley College, class of ’69. An examination of the tactics of radical community organiser Saul Alinsky, the thesis was kept from public view after a call from the White House in 1993. When the paper was finally made available a few years ago, msnbc.com’s investigative reporter Bill Dedman explained why: “Many authors on the long shelf of unsympathetic Clinton biographies have envisioned the thesis as evidence of Marxist or socialist views held by young Hillary – or conversely as proof of her political agnosticism, a lack of any ideology besides a brutal willingness to attack opponents and accumulate power in the Alinsky style.”

It’s a bit of a stretch, no doubt, to accuse Hillary Clinton of being a Marxist; as an American, you really have to hate her for that accusation to hold water. But it’s inevitable that such a remarkable human being would gather detractors along the way. And the tragedy of her story, if there is one, is that it’s now almost certain we’ll never get to see what kind of president she would have made. DM