The Cricket World Cup week that was: 21 March

The Cricket World Cup week that was: 21 March 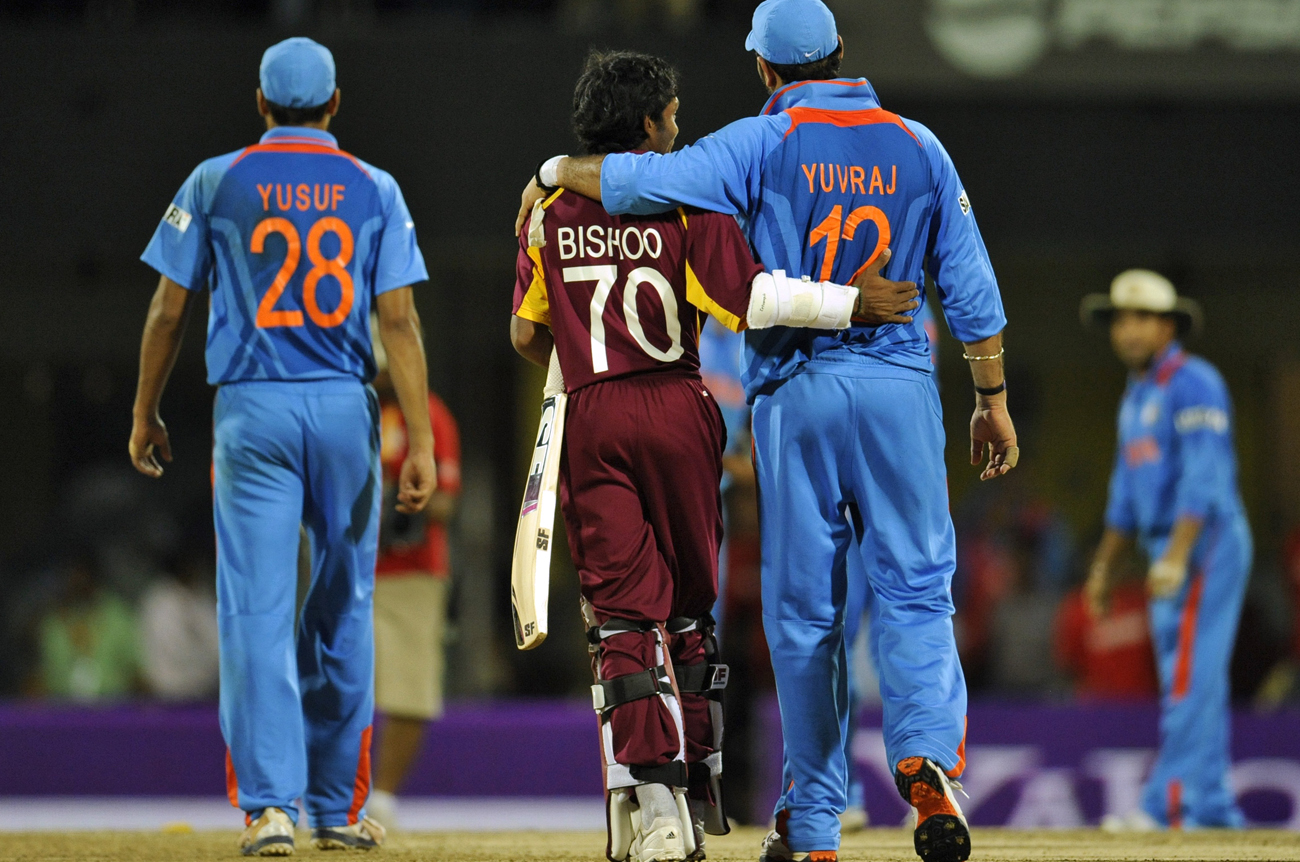 At last the group stages have come to an end and the pressure part of the tournament begins. Homebound are Canada, Ireland, Kenya, Zimbabwe, the Netherlands and Bangladesh. Eight of the nine Test-playing nations qualified for the quarter finals which begin on Wednesday. By SIMON WILLIAMSON.

Being a “sportsman” and “how you played the game” have been in the spotlight of the World Cup. Jacques Kallis took the fielder’s word that a catch off his bat carried and walked, Tendulkar has twice walked, including yesterday when he was given not out, and Hashim Amla has also declared himself out before the umpire acted – all normally signs of eloquent sportsmanship. Could it be a result of the review system? Tamim Iqbal and Ricky Ponting decided to do it their way and  let the umpire decide. But it all added a sprinkling of controversy to an exciting week.

Australia didn’t have a good week. Their battery of fast bowlers were thunked around Bangalore by a little-known Canadian opener, their captain’s tantrum when one of his players ran into him showed he still suffers from the “Illusion of Central Position” and they were beaten by Pakistan. This means though they have qualified for the next round, they only have one victory against a Test-playing nation, a Daniel Vettori-less New Zealand. Sri Lanka have similar problems: They lost to Pakistan and their match against Australia was rained out. It means both teams go into their quarter finals without momentum.

Pakistan, however, are simply rollicking along having shaken off their unexpected loss to New Zealand with the wins over Sri Lanka and Australia. Their skipper, Shahid Afridi, is the top wicket-taker in the tournament with 17 (at an average of 11.47) and is closely followed by Umar Gul (13 wickets at 14.61) who is thankfully at last being given the new ball. It was sad news to hear of the retirement of Shoaib Akhtar, one of the most memorable players in world cricket, but he is arguably in the squad on reputation more than performance. To date in the World Cup he has taken only three wickets.

New Zealand will be the Proteas’ quarter-final opponents and, bar one frenetic win against Pakistan who have the ability to implode against anyone, they don’t have a lot to show for the group stage. Their top order was sedentary against Australia and tossed aside by Sri Lanka, and there is an excellent chance that they could be without Daniel Vettori and Kyle Mills, their two best ODI bowlers, for the rest of the tournament.

While Ireland are exiting the tournament with their heads up and reputations fully intact, India and the West Indies have haemorrhaged their way through the group stages and have only a few days in which to do some serious work. While the West Indies don’t have any problems that haven’t plagued them over the last five years, India’s batting is their great strength, but have been bowled out three times, including against a Kemar Roach-less West Indies – one of the weakest bowling attacks in the top echelons of cricket. In fact, the only occasions India have avoided losing all 10 wickets have been against Bangladesh, Ireland and the Netherlands. India’s bowling has been a major concern, though with only Zaheer Khan proving reliable. Finally, R Ashwin played last night against the West Indies and proved his worth. Although he and Harbhajan Singh are similar in style, it is better to have two quality bowlers than to sacrifice one for a semi-decent player in the name of variation.

Bangladesh will probably be the most disappointed of all, particularly in home conditions. They have finally reached a point where they have some solid players. Tamim Iqbal, Imrul Kayes and Junaid Siddique make for a solid and talented top three, while Shakib Al Hasan would grace the middle order of most teams. Shakib’s bowling alongside Abdur Razzak (number 8 in the ICC ODI rankings) means Bangladesh have a potent spin attack, but their fast bowling resources, lack of depth and a severe absence of BMT have cost them this World Cup. South Africa managed to exploit every weakness Bangladesh has, as the one-sided result between the sides on Saturday demonstrated.

South Africa and England will take the momentum through. South Africa took top spot in the group despite losing to England. While the Empire XI lost to Ireland and Bangladesh, they will be happy to have recorded a tie and two victories against the top teams among their loyal subjects, finishing the group stage with a tense win over the West Indies. England supporters must be hoping their hearts can stand another down-to-the-wire cricket match. Andrew Strauss keeps reminding viewers and the press of Pakistan’s erratic World Cup performance in 1992 which resulted in them winning the tournament. I think they will struggle to become champions without Stuart Broad, but they have taught us that nothing about them is predictable.

Although the fortunes of every major team in the competition have twisted and turned, the correct eight teams have gone through. But now the real pressure is on – and the teams from Group B who have had to fight tooth-and-nail for a place in the quarter finals might just find they have an advantage.

South Africa will be hoping to keep going strongly. Australia have won the last three World Cups. India, Pakistan and Sri Lanka should revel in the conditions. New Zealand and the West Indies need luck on their side. As for England? A luta continua. DM