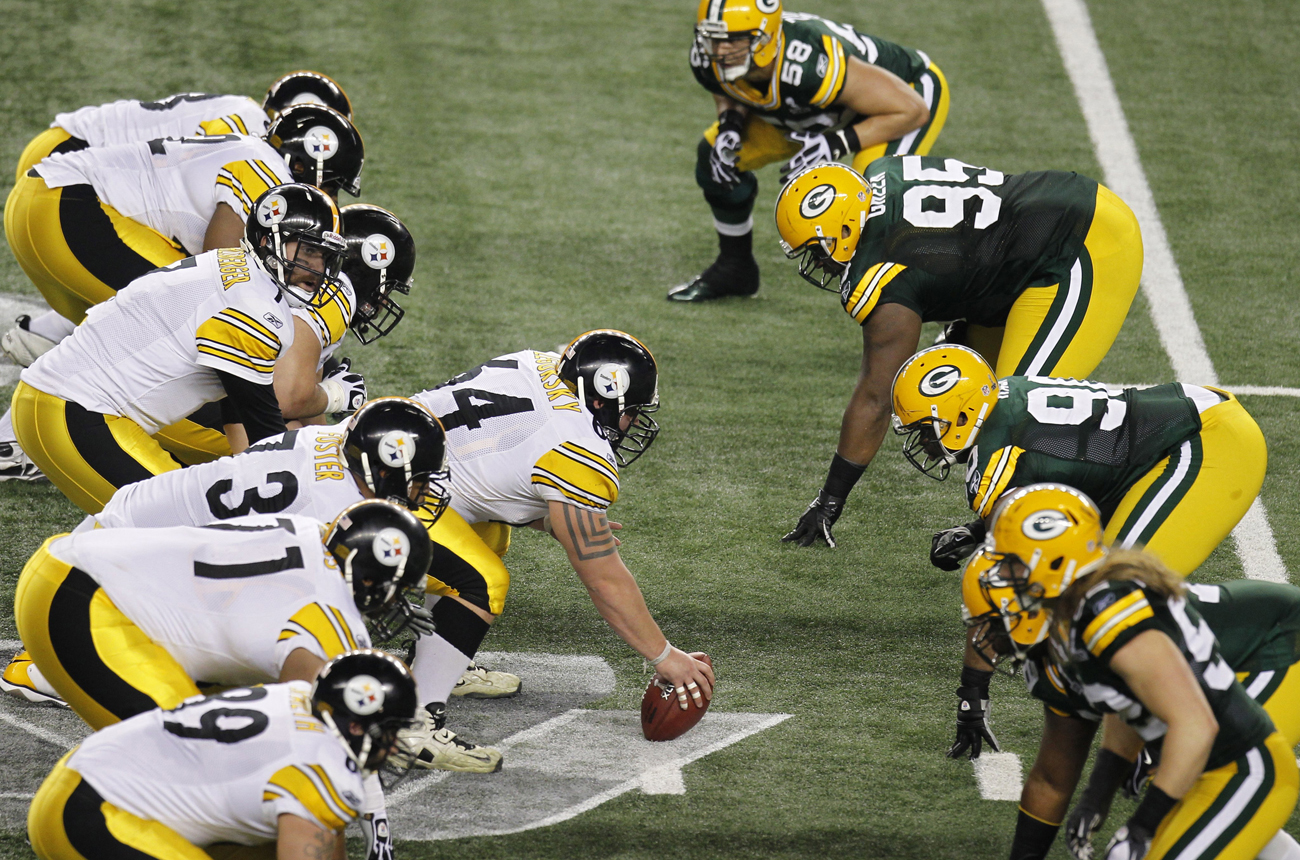 Calamity looms in America. The end of Empire? A double dip recession? Two wars and five revolutions? That’s the simple stuff. The real disaster looms in a potential shutdown of the NFL, in which billionaire owners are pitted against millionaire players for a bigger slice of $9 billion in annual revenue. How is it that the world’s richest sports league is about to commit hara-kiri? And why should we care? By RICHARD POPLAK.

Peyton Manning, the Indianapolis Colts quarterback, banks $15.8 million a year – multiply that by the current rand/dollar exchange rate just to give a little context. Texan Jerry Jones, owner of the Miami Dolphins (Price tag: $1.65 billion), is worth $2 billion. Nnamdi Asomugha, the Oakland Raiders defensive back, cashes a $14.8 million annual pay cheque. The National Football League, professional sport’s most lucrative league, is currently trying to renegotiate its five-year-old collective bargaining agreement, and the talks are going so poorly that a shut-down next season looks more and more possible. Why can’t everyone just get along?

That’s a fabulous question, especially in light of the fact that unemployment in America stands just shy of 9% (even after its recent drop), and the Great Recession has left entire neighbourhoods foreclosed and deserted, while families are split up, travelling hither and yon for work. How can these rich football folk mess with the nation’s de facto pastime at this nadir in the American narrative?

But the NFL’s ecstatic numbers give the lie to certain realities about a league that has always had a special place in the cultural makeup of blue-collar America.

For one thing, the average salary in the NFL is $800,000, which sounds generous until you realise that the mean length of a player’s career is only three-and-a-half years. Players often come from small communities, are hometown heroes, play for colleges (or are drafted directly into the league) and return, only a few years later, to run car dealerships or malls or to pick up their educations. Only a lucky few last for a decade or so, banking the serious money that soccer or baseball players do. American football is devastating to the body—comparisons to rugby, my friends, are pointless; the latter is far less violent—and leaves too many players in lifelong pain, while a worrying number suffer from serious brain damage.

If American football is a metaphor for war, than ex-players are the returning vets, banged up, with PTSD, never to be the same again. This is the price they pay not only for their own glory, but for the vicarious glory experienced by their families and their communities. They are heroes, and heroes have to carry many on their broad backs. Several months ago, 45-year-old ex-player TK shot himself in the heart in order to leave his battered brain to science for more research on concussion. He is not the first NFLer to die early and violently.

Playing football professionally isn’t always a choice as much as it is a way out of a life with very few opportunities. This is what soccer offers in the favellas of Rio, or the townships of Johannesburg. But the NFL exacts a particularly brutal toll. The moral question—Are we destroying the lives of young men for our weekly entertainment?—takes on particular urgency in the context of the NFL. Photo: DeMaurice Smith (C), NFL Players Association Executive Director, prepares to make a statement after negotiations collapsed between the National Football League (NFL) and National Football League Players’ Association (NFLPA) in Washington March 11, 2011. The last real hope for a quick end to the dispute ended when the union representing the players (NFLPA) filed a court application to dissolve itself after failing to reach an agreement with league and owners over a range of issues. REUTERS/Joshua Roberts.

Like all North American professional sports leagues, NFL players have a union, directed by ex-player DeMaurice Smith. It is not a grand time for unions in North America right now. In Wisconsin, the teachers’ union battles Republican legislators; in Detroit, autoworkers go head-to-head against companies that were bailed out with their tax dollars. Corporate America, the cause of the Great Recession, seems like the only cohort to have emerged from the carnage unscathed. The union busting that was a hallmark of the Reagan era is once again en vogue. But the NFL owners should not necessarily be mistaken for corporate America. Yes, they’re obscenely wealthy. And yes, they’re rapacious and grasping. But they’ve pumped hundreds of millions into the communities in which they are based, giving to charities, reinvigorating moribund CBDs by building stadiums. Not all owners are benevolent, but by and large, they’re less awful than they’re made out to be.

The issue lies with the collective bargaining agreement, which stipulates that annual revenue is split 60/40 in favour of the players, with $1 billion set aside for stadium rejuvenation, marketing and so on. Despite the fact that each of the 32 NFL franchises is worth at least a billion, and each is profitable in its own right, the owners wanted a further billion from the revenue pot, either by renegotiating the split, or off the top of annual revenue.

The players balked. (The owners have subsequently reduced this demand to $400 million.) Furthermore, the owners wanted to increase the number of games a season from 16 to 18, which would certainly pump up revenues, and just as certainly shorten the average length of a player’s career. Again, the players said no thanks.

Currently, the two sides are so far apart on these issues that DeMaurice Smith has described the situation as “war”. In this, the NFL negotiations capture a cultural moment that is more global than it is local. Never before in the modern era—the eighties notwithstanding—have the interests of owners and workers, or the state and workers, seemed so far apart. It’s as if the Great Recession has led us to an utterly counterintuitive point: Workers rights mean even less in the light of a shaky financial system because those rights undermine the strength of the financial system. In other words, the weakest are being asked to sacrifice the most—their bodies, their safety, their financial security and their right to collectively bargain for their own benefit—in order to bolster a system on which they exert no real control. The sacrifices must come from below.

The intractable nature of the NFL dispute—and the fact that will have a lasting cultural impact, perhaps forever damaging the cache of the league (baseball has never recovered from the loss of its 1994/95 season)—suggests a deepening line in the sand between corporate interests and workers’ rights. It’s no less an issue here in South Africa, where our unions form part of the ruling alliance. It hints at a future in which the Reaganite notion of union busting will be the motivating corporate or statist impulse in dealing with contract disputes.

How does a broke state deal with its finances? Bust the unions. How do billionaire sports franchise owners deal with recalcitrant players? Demonise the union. In this, the NFL points to a phenomenon far larger than itself. It’s as if a new narrative is being written: Workers demands are barriers to wealth and stability. It may end up sinking the NFL. It could end up undoing a century of labour reforms elsewhere in the world. Including South Africa. DM