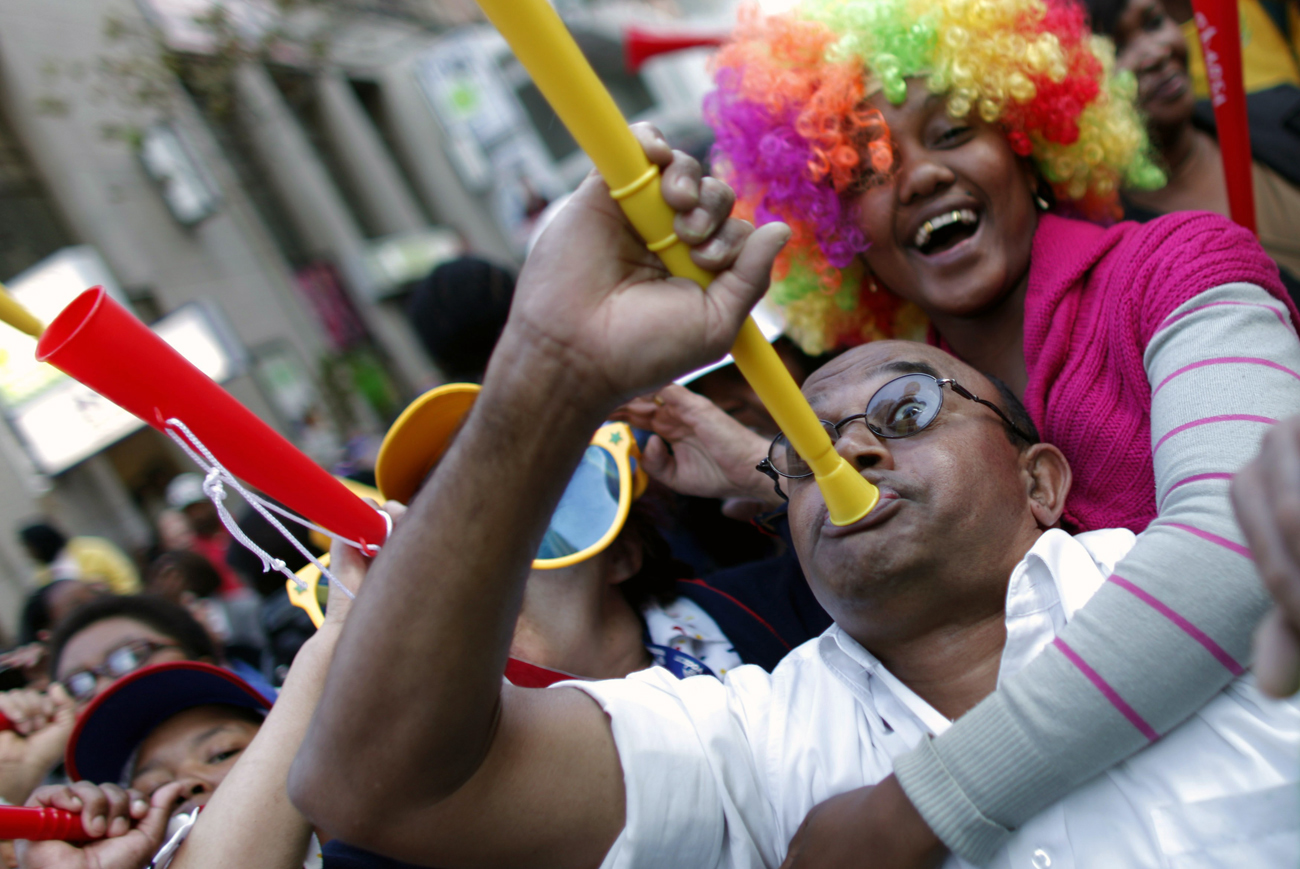 No nutrition without liberation, vows Big Cheese Cyril; Zille's face breaks ranks to schmooze Guptas; Manuel to report back on whether bears shit in the woods. Because we choose to laugh. By TOM EATON.

Business icon and political power-broker Cyril Ramaphosa has vowed to fight nutritional injustice and uphold dietary democracy as the new owner of all 145 of South Africa’s McDonalds fast-food outlets, saying obesity, heart disease and diabetes should no longer be the preserve of the rich.

He said he and other former political activists had fought injustice and hatred so “every South African, regardless of their race, creed or colour, would one day have the right to die of a massive heart attack at 42 half-way through their second super-sized McMeal of the day”.

He added that Ramaphosa – who had asked to be called either The Big Cheese or Mac Daddy from now on – would soon address concerns around the nutritional value of the McDonalds menu , but said everyone at McDonalds SA was confident Ramaphosa could “make the health Nazis see the light”.

“If Mac Daddy could convince the Nats to hand over power without a fight, he can totally convince doctors that morbid obesity is not necessarily a bad thing,” he said.

“This isn’t a health crisis. This is semantics.”

Helen Zille has refused to either confirm or deny visiting the powerful Gupta clan, but has conceded that her top lip and chin may have gone looking for campaign funds without her knowledge. She blamed their roving solicitation on her Botox treatment, saying that “the stiff little bastards” were taking advantage of the lack of sensation in her face.

Threatening the rogue elements in her face with a hypodermic syringe loaded with paralysis-juice, Zille confessed to journalists that her top lip and chin sometimes slipped away in the dead of night, leaving her Cape Town bunker through the cat-flap before hailing a taxi by “flapping wildly against each other”.

“In the interests of an open and transparent society, I must concede that it is possible that what you saw arriving at the Gupta compound was my naughty lip and chin,” she said.

However, she distanced herself from any negotiations or promises made by her lip or chin, saying that neither had a mandate to speak for her.

“They help me to speak, but it is my tongue that is the important bit,” she explained. She reassured the media she was unlikely to have Botox treatments on her tongue unless she was feeling “particularly old and frumpy”. However, she said she was still feeling “a million percent” thanks to the condor placentas she ate every morning.

When it was put to her that the Democratic Alliance was being hypocritical by keeping the Gupta meeting under wraps while calling for transparency in politics, Zille referred journalists to the latest policy outline of the DA, a one-paragraph document entitled “Do As I Say, Not As I Do”.

Manuel to report back on whether bears shit in the woods

Trevor Manuel says he is not entirely certain whether or not bears shit in the woods, but vowed to “get right on it” and promised to produce a final verdict sometime in the next 20 years. This comes after his startling revelation on Wednesday that South Africa’s poor are not getting the services they need, a fact that took him 17 years to work out.

Manuel’s uncertainty about the scatological habits of bears emerged at a press conference this morning where he re-iterated his concerns that the poor were being neglected by government, and was met by a slow handclap from journalists, one of whom said, “Yes, and bears shit in the woods”.

A bemused Manuel then revealed that he had no idea where bears shat, adding that without further analysis he could not confirm or deny whether it was in the woods or perhaps in some rudimentary bear-lavatory constructed in their burrows out of logs and drainpipes ripped from the walls of holiday-camp cabins.

Asked what had tipped him off about the neglect of the poor, and whether it had been service-delivery protests, ever-declining literacy rates or soaring teen pregnancy rates, Manuel said it had been a holistic process poring over 17 years worth of data.

“But mostly just the election in May,” he said.  “There’s nothing like remembering the voters to get those pro-poor synapses firing.” DM