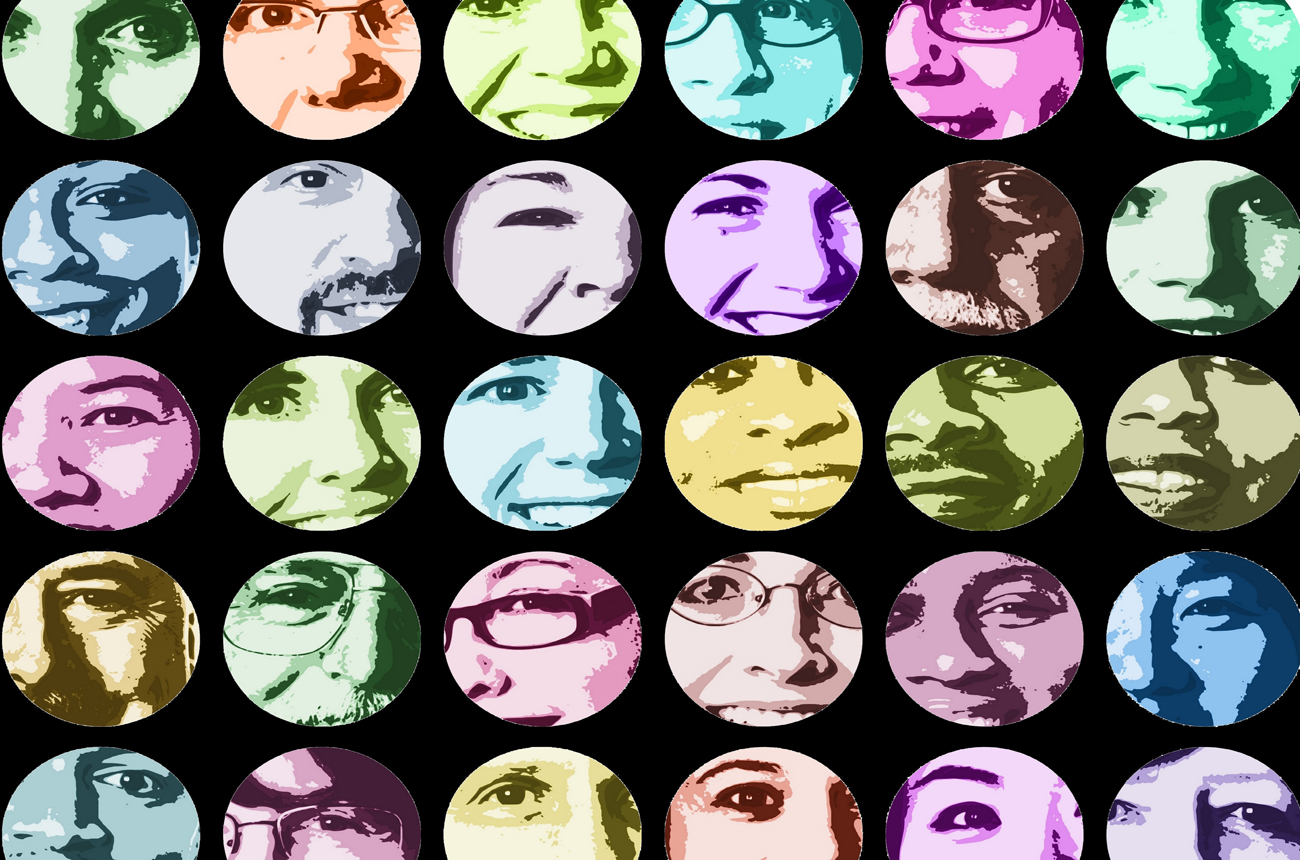 The recent Constitutional Court judgment involving a schoolboy prank and the computer manipulation of their headmaster and deputy head, has raised some very tricky issues around laws of defamation. Lawyers  DARIO MILO and GREG PALMER, who represented the “Klofies three” and are recognised experts in media law, examine the judgment.

After having gone through the full gamut of South Africa’s court system all the way to the highest court in the land, the defamation case against three Pretoria schoolboys for their 2006 lampooning of the deputy headmaster of Hoërskool Waterkloof by superimposing his face (and that of the school’s headmaster) on a picture of two naked body builders engaged in a “suggestive sexual posture” was upheld six-to-four by the Constitutional Court on 8 March.

What this means is school children in South Africa may be ordered by a court to pay monetary compensation for defaming their teachers in a school prank – even if they have already been  punished by their school and the criminal justice system.  While Hennie le Roux, Burgert Gildenhuys and Reinardt Janse van Rensburg, who were 15 and 17 at the time, have to pay their former deputy head master, Dr Louis Dey, a total of R25,000, what the judgment means for the often criticised laws of defamation in SA may have implications well beyond the judgment itself.

From the purely legal perspective of what constitutes defamation a court asks two questions.  The first is: “What is the ordinary meaning of the statement or image in the context in which it was viewed?”  The second is asked in light of the answer to the first: “Is that meaning defamatory?”  The meaning of a publication will be defamatory where it is likely to lower the status, reputation or good name of an individual.  The court places itself in the shoes of a reasonable person with ordinary intelligence viewing the image.

One of the most important arguments made for the schoolboys in this context was that, given that it was an obvious manipulation, no reasonable person would regard the image as being defamatory of Dey.  They could not do so because they would know that the image did not depict reality.  This assumes, of course, that the image in any event conveys a meaning that is in some way objectionable – itself a highly contested issue in this case.

In the majority judgment, Judge Fritz Brand wrote: “I agree that it would be clear to the reasonable observer that in reality Dr Dey was not one of the persons in the picture and that he did not, in reality, partake in whatever it is that they were doing. But, at the same time, I share the view … that the reasonable observer would infer some association between the two teachers, on the one hand, and the situation described in the picture, on the other.”

Here, Judge Brand unambiguously accepts that the picture did not depict reality, yet the judge argues that “the reasonable observer would understand the picture to associate the two teachers with the bodies and their behaviour, and this association would render Dr Dey … the object of ridicule and disrespect”.

A reasonable person in 2006 when the image was made could not possibly have believed it to be true, and therein, we submit, lies the fallacy with the majority’s reasoning: Given that the law of defamation is concerned with what reasonable people think of a person because of a defamatory statement, it cannot be invoked in circumstances where reasonable people know that statement not to depict reality.

Judge Brand defends his position by pointing to cartoons or caricatures – and the connections to Zapiro’s Zuma cartoons will not be lost on readers here –  which are not exempt from defamatory statements.  That’s correct, but only if the reasonable person accepts it was based on a set of circumstances which are true.

The US Supreme Court acknowledged this in Hustler Magazine v Falwell, a case which the schoolboys urged the Constitutional Court to take cognisance of, but not dealt with in its judgment.  There Jerry Falwell, a celebrity minister and public commentator, sued Hustler for libel based on a parody containing his name and picture with the caption “Jerry Falwell talks about his first time”.  In the “interview”, Falwell states that his “first time” was during a drunken incestuous rendezvous with his mother in an outhouse.  The Supreme Court found that although the article was in bad taste, it was not reasonably understood as describing actual events and the libel claim failed.

In the schoolboy case, proper context is all important.  The better analysis of the image in context, in our view, was by the four dissenting judges Edwin Cameron, Johan Froneman, Zak Yacoob  and Thembile Skweyiya.  They emphasise a defamatory statement must have the probable effect of impairing the reputation of a plaintiff, and the image in question did not meet that standard. While the reasonable viewer of the image “may have been offended or shocked by it or disapproved … she would certainly not have taken it seriously”.

By contrast, we believe that the majority approach undermines the very rationale of defamation law. As all the judges accept, the purpose of defamation law is to protect against offending statements which have the probable effect of lowering a person in the eyes of those who have seen or heard the statement.  This rationale – unlike the protection afforded by the law protecting against dignity harm – has no place in protecting a person whose reputation cannot have been harmed because no facts that were intended to be taken seriously were conveyed to the viewers.  It follows Dey’s claim for defamation ought to have failed.

The judgment is, however, to be welcomed in developing the law of defamation to provide for the remedy of apology. Shortly after the incident Dey’s lawyer suggested he not accept an apology from the boys, presumably as this may have mitigated any damages he could have been awarded.  Had Dey been advised that an apology was a competent remedy, he may have accepted it.

The recognition of the apology as a remedy is a useful calibration of the rights of both plaintiffs and defendants in defamation actions.  Before this judgment, it was unclear whether a court could award an apology in its own right or whether it had to provide the defendant a choice between damages and an apology.  Recognising, as the Court has now done, that an apology is a suitable remedy in its own right acknowledges that a careful balancing of the conflicting rights of dignity and freedom of expression is necessary, not only at the liability stage, but also in determining remedies.

And, moreover, this approach allows defendants to argue that a prompt, prominent and sincere apology ought to have the effect that they are not liable at all for the publication of a defamatory statement.

The other respect in which the judgment is important is its recognition that the identity of the defamer is relevant in mitigating a damages award.  Our courts have long accepted that the object of a damages award in the law of defamation is to compensate the victim, not to punish the defamer. If damages are too high, courts may unjustifiably deter free speech. In the context of school children, this is even more pronounced.  In the Waterkloof case, the court reduced damages award from R45,000 to R25,000.

We don’t think even this award was appropriate.  An award of R 25,000 in damages to be paid by school children, who are not economically active, to their salary-earning teachers for a school prank is far too large in the circumstances and has the potential to have a deleterious impact on the ability of children to express themselves.  In the circumstances of the case, the Court should in our view have only ordered the publication of an apology – which the boys had in any event tendered right after their prank and repeated in the Constitutional Court. Both offers were rejected by Dey.

At the end of the day (if you’ll pardon the pun), we cannot help, but feel (along with Judge Yacoob) that “[Dey] was, in comparison with the reasonable deputy school principal, somewhat more sensitive than he should have been and somewhat less sensitive than he could have been towards the children.  In the circumstances… the reasonable deputy principal would not have been as upset as Dr Dey was.” DM

Dario Milo is a partner at Webber Wentzel.  He is the author of Defamation and Freedom of Speech, published by Oxford University Press, and is a visiting associate professor at the University of the Witwatersrand.

Greg Palmer is an associate at Webber Wentzel.  He represents South Africa’s leading media houses and provides them with defamation and privacy law and related advice on a weekly basis.