Photojournalist Gregory Stemn on living and documenting the war in Liberia 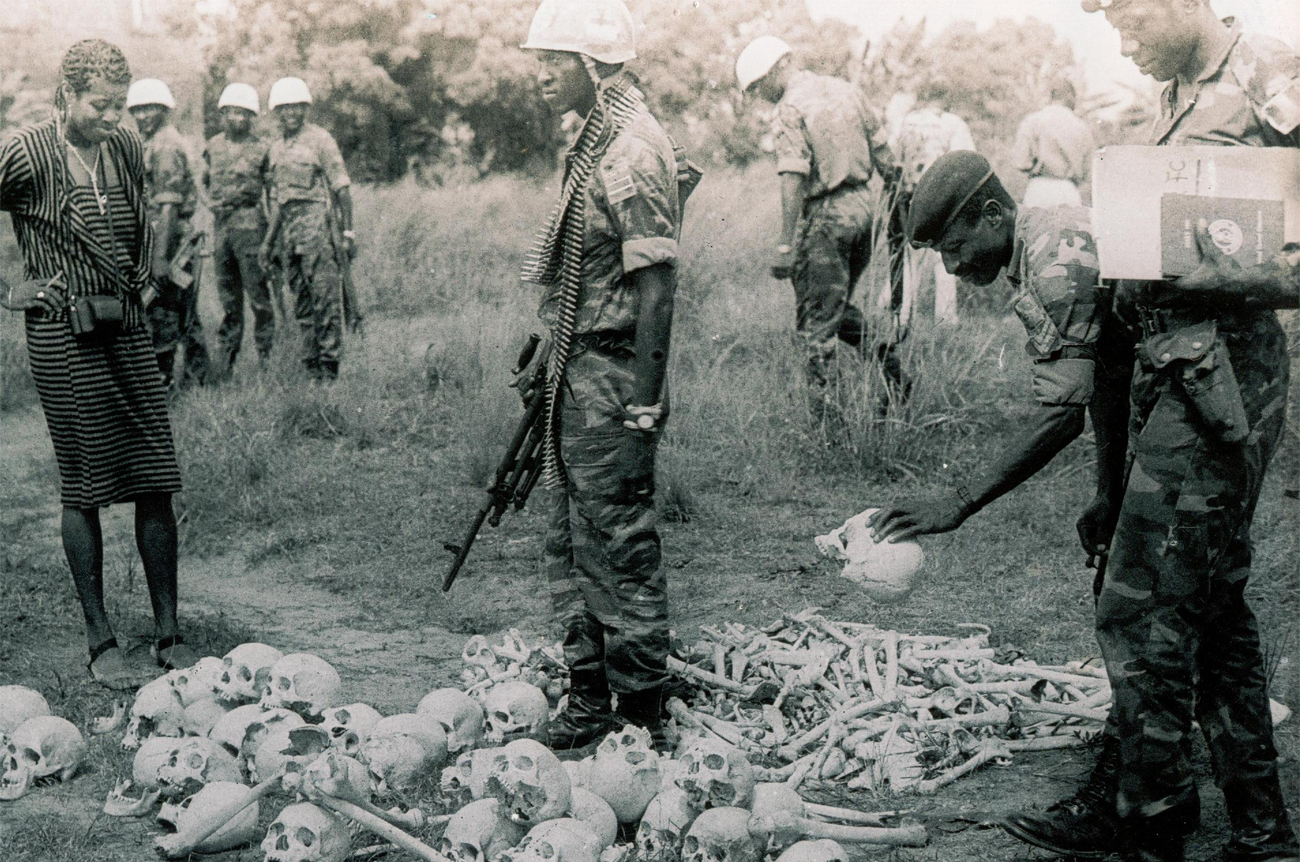 Gregory Stemn had some narrow escapes covering the civil war in Liberia. Even though he now lives in the US, he admits to still hearing bullets flying over his head. Stemn hopes that his recently published book, "Liberia: When Darkness Falls", will be widely distributed in his home country - so that people remember what they've lived through. By MICHAEL KEATING

MK: Where did you learn your craft?

GS: I studied photography in high school. I also trained at the ministry of information and the US embassy.

MK: What was your first job as a photographer?

GS: I was hired as a sports reporter at the Daily Observer. I loved sports, but because I was junior, I didn’t cover football, but ping-pong, basketball and boxing. MK: Did you take to the work right away?

GS: Oh yes. I loved all the technical parts of photography. I loved working with the chemicals in the darkroom. Originally I wanted to be an artist, but the work of a photojournalist looked really exciting.

MK: When did things start to change?

GS: In the 1980s when Samuel Doe came to power (via a military coup) everything changed; then one day the editor of the Daily Observer came to me and said he wanted me to cover a speech Doe was giving. So I went to the mansion and shot five rolls of Doe. MK: So that was a move from a sports reporter to political reporter. When did the shift to war reporter take place?

GS: Oh, that was in 1990 when the crisis began, when (Charles) Taylor (and his National Patriotic Front of Liberia) crossed into Liberia from Cote d’Ivoire. It was also when I started working with Elizabeth Blunt of the BBC. My editor told me to take care of her while she did her work in Liberia. It was me and Maureen Sieh, another Liberian reporter who now lives in the US.

MK: What happened when Prince Johnson took over Monrovia? (The rebel leader, now a senator, had initially been part of the NPFL, but formed his own faction – the Independent National Patriotic Front of Liberia, after an internal power struggle. After his supporters executed Doe in 1990, Johnson briefly claimed the Liberian presidency. – Ed)

GS: It was really tough for the media. Most of the major dailies were closed, but we started a small paper called the Torchlight. I used equipment that I had bought off the street from Johnson’s soldiers, who had looted a photographic shop. I set up a makeshift darkroom in my father’s house. Photo: Photo left: Prince Y. Johnson leader INPFL. Photo right: One of the common features the war was the Amputation of people’s Arms and Limbs by combatants. This 14 year old is one of many victims.

MK: Did you have any close calls when working with Blunt?

GS: (In 1990) we were at the port when Doe came to visit the Ecomog (Economic Community of West African States Monitoring Group) commander. When Johnson’s men came we had to hide behind the containers. There was a lot of screaming and shouting and we really didn’t understand what happened until the next morning when I saw Doe’s body in a wheelbarrow. It was really a shock to see someone so powerful brought so low. At that point Prince Johnson said that the war was over, but it was really just the beginning

MK: When did you first meet Charles Taylor?

GS: I met him in 1991 in Gbarnga at his headquarters. It was very strange because he had all the trappings of being the president, but he wasn’t the president. Photo: Deputy force commander of Ecomog, presents the flag of the peace keepers to NPFL rebels high military officer, Isaac Musa during one of the peacekeepers’ confidence building visits into the rebels’ controlled areas.

MK: How did Taylor treat the media?

GS: At first he loved the media, especially the cameras. He had his own media around him at his headquarters. He also loved the foreign media. He was always calling the BBC and Radio France but by 1998 he was banning the independent media and singling out journalists he didn’t like.

MK: How did he feel about you?

GS: At first it was okay, but then he got uncomfortable with me because I hung out a lot at the American embassy. There were a lot of foreign and Liberian journalists who worked over there. Photo: Rebel militias of the NPFL riding the trunk of a seized vehicle.

MK: Do you think the international media had a good fix on Taylor?

GS: No. They got it all wrong. They never saw the terrible things Taylor was doing.

MK: The first time I saw your photos was in the very popular book “The Mask of Anarchy”  by Stephen Ellis. However, you are not credited for the photos in that book. What happened?

GS: A friend of mine introduced me to Ellis because he was looking for photos for his book. When it came time to publish my friend warned me that if I was associated with the book, which was very critical of Taylor, it would be bad for me. It turned out that Taylor was very unhappy with that book and vowed to get even with people who had co-operated with Ellis.

MK: Is that why you left Liberia?

Photo: President Doe visits the war front in Nimba in the early days of the war against Charles Taylor’s rebels.

GS: I vowed to stay in Liberia until the end even though the threats against me were growing. The people at the American embassy were telling me to leave. They had even organised a visa. The final straw was when we reported that the Lurd (Liberians United for Reconciliation and Democracy) rebels were on the march to Liberia when Taylor’s people were denying it. (This was in 2003.) That report was pretty much the last straw for me.

MK: Were you surprised that Taylor ended up the way he did? (Taylor is currently on trial at the Special Court for Sierra Leone in The Hague on charges of war crimes and crimes against humanity. – Ed)

MK: Did the Truth and Reconciliation Commission of Liberia use your photos?

GS: Yes. I prepared an album that was presented as part of a friend’s testimony.

MK: What was the last photo you took in Liberia? MK: What were you thinking?

GS: I was thinking that those kids should have been in school.

MK: What would be your advice to an aspiring young war photographer?

GS: You have to be very brave. You are going to experience some very difficult things. I can still hear the sounds of bullets passing over my head.

MK: What do you think about the recent events in the Middle East and North Africa?

GS: I am so happy to see Gaddafi starting to fall. People don’t remember the Libyan connection in Liberia. It was Gaddafi who supported Taylor. Gaddafi is responsible in part for the destruction of Liberia.

MK: What’s next? What would you like to accomplish with your book?

GS: I would like to get a lot of copies to Liberia. The people have to remember. There is a prison where journalists used to be kept during the Doe years. I would like to see them turn that prison into a museum of remembrance. I would donate all my pictures if they did that. FAM

Michael Keating is an adjunct professor of International Relations at the New School University and director of operations at the Centre for Peace, Democracy and Development at the University of Massachusetts, Boston.