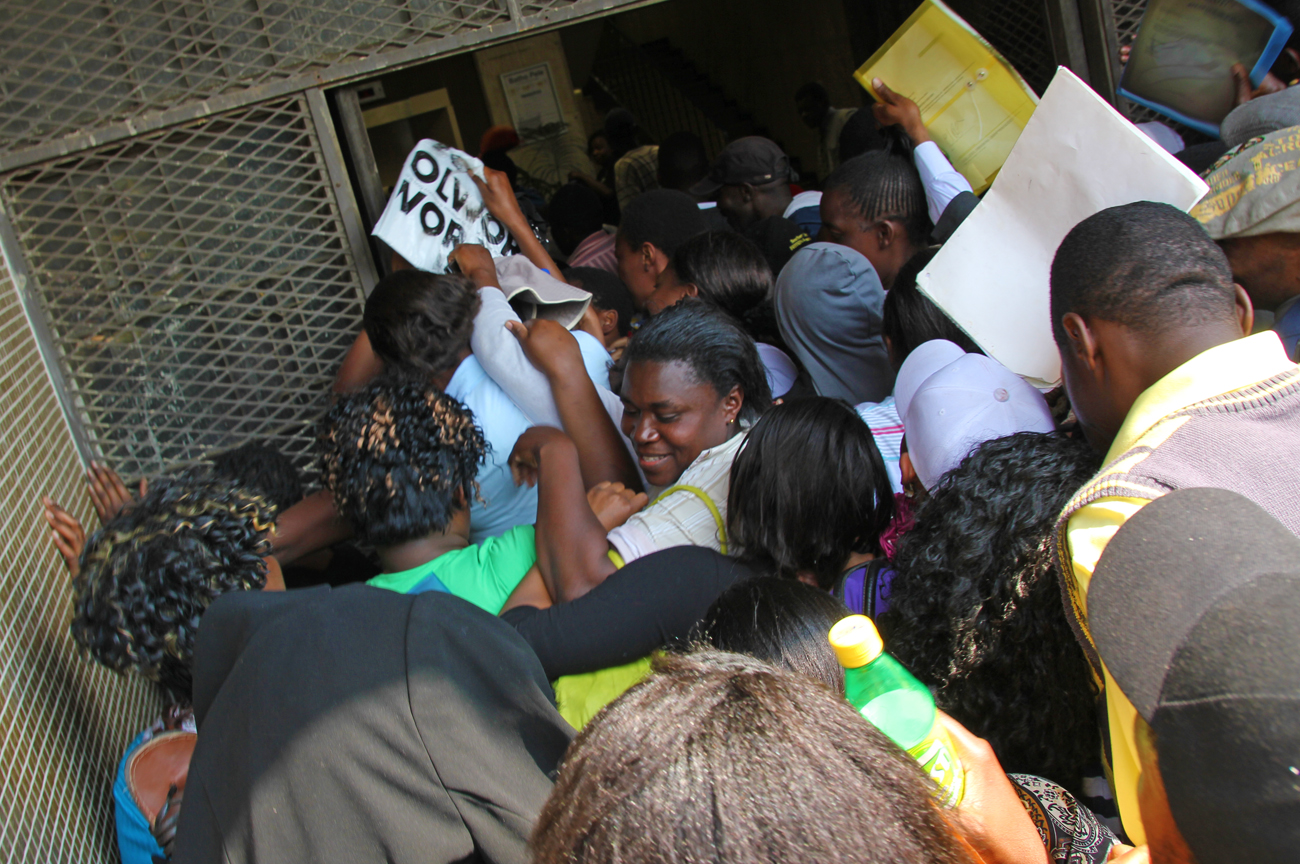 Gijima, the company involved in a billion-rand contract wrangle with the department of home affairs, has reached settlement with the department at some cost, and will now take charge of the “Who Am I Online” upgrade contract. It doesn’t pay to fight with your biggest client, after all, according to Gijima’s CEO Jonas Bogoshi. And no, the Robert Gumede controversies have not hurt the company, we are told. By SIPHO HLONGWANE.

The department of home affairs and technology company Gijima, formerly GijimaAST, separately announced settlement in a contractual dispute dating from April 2010. Which we learnt of on Monday, thanks to the fact that Gijima is due to announce half-year results on Wednesday.

“Gijima and its funding partners have reached a settlement with DHA, to map a way forward for the completion of the WAIO project,” the company said in its statement to shareholders. “The settlement brings the project back in line with the original objectives and cost estimates. The total final capital costs of the items in the scope of this project, including expenditure to date of approximately R1.4 billion, is estimated to be approximately R2.27 billion. This is in line with the Treasury budget of R2.23 billion for the project, which was conditionally approved in 2009.”

In an interview with The Daily Maverick, Gijima CEO Jonas Bogoshi said that the parties had agreed to settle the matter out of court, and that the legal costs involved were not the only consideration in the settlement. “The government gives Gijima 47% of its business, so they are a big contributor to our business,” he said.

“When two parties have a disagreement, and both feel that they are in the right, then they can either take it to court, or sit down and find mutual ground. We decided to take the latter option, so we would not have to commit the next five years to fighting a case against the government, but rather deliver on this contract,” Bogoshi said.

In terms of the settlement agreement, Gijima has agreed a R300 million cut in implementation, to R2.2 billion. Gijima says the whole episode will cost it a once-off 27,99c loss in earnings per share for the half-year to end December.

According to Bogoshi, the various controversies surrounding Gijima’s majority shareholder Robert Gumede would not harm the company’s image in the long run, a sentiment other shareholders may or may not share.

“Robert Gumede is the non-executive chairman of Gijima, so he’s not involved in the day-to-day running of the company. We are actually very lucky to have an entrepreneur like him on board,” Bogoshi says. “We’ve had to sit down with each of our clients and assure them that although certain costs were involved in the settling of this case, it would only hurt us in the interim, but that in the long run, this is a good thing for us.”

The awarding of the multi-billion systems overhaul contract with the deparment wasnot free of controversy itself. The auditor general ordered a forensic report into the awarding of the contract, which the department never tabled in Parliament, despite calls by opposition party members for the report to be released. Gumede is, apparently, rather well-connected within the ANC.

Bogoshi says Gijima is not apprehensive about the contents of the report. “In terms of the 2008 Auditor General’s report, we are confident that from our side we did nothing wrong in obtaining the contract.”

Until we know exactly why the department decided to declare the contract invalid in the first place, we also won’t understand the sudden change of heart. From Gijima’s perspective, it was happy to absorb a R300 million cut-back in on the project, which is probably close (if not more) in what it would have had to pay in legal costs to fight the case to a standstill.

We would still like to have a look at that auditor general’s report. Therein the answer to this riddle is most likely contained. DM