ZA News and the irony of local satire facing extinction

ZA News and the irony of local satire facing extinction 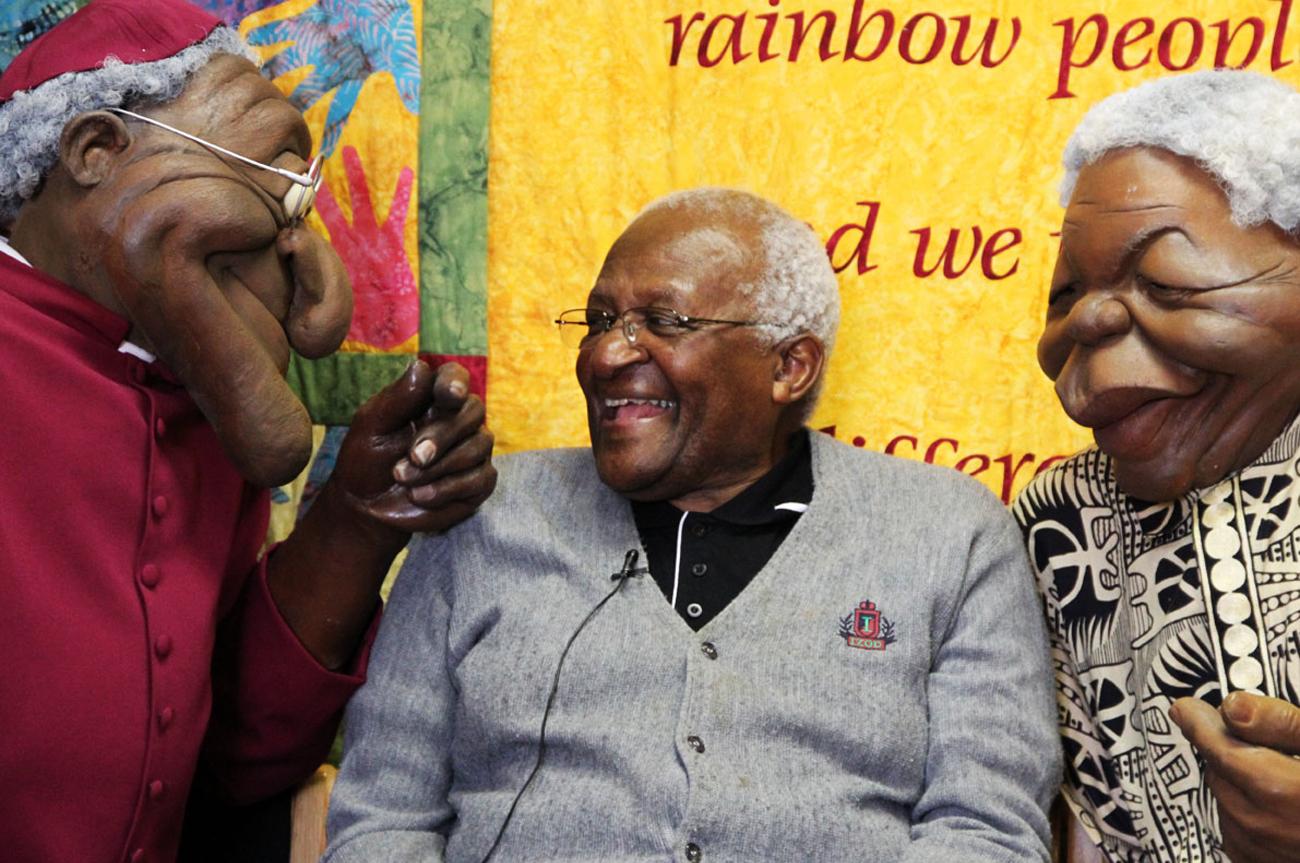 South African satire looks set to become a highly endangered species. First Hayibo bit the dust because it couldn’t raise funding, now ZA News has stalled season four of its puppet parodies and is looking for moola after news that its Kulula sponsorship was radically cut. Now they are looking for corporate sponsors with a spine. By MANDY DE WAAL.

Jonathan Shapiro (a.k.a. Zapiro) is a rare genius when it comes to satire in a country where the real politick is often funnier than anyone could re-imagine. Shapiro has an uncanny ability to lampoon in a manner that pushes the envelope, drives a strong political message and is always starkly hilarious. His edgy insights as an editorial cartoonist have garnered global acclaim and earned him a strongly loyal following, outside of the Zuma administration, that is.

So when Frenchman Thierry Cassuto came to South Africa 14 years ago with dreams of creating a local version of hugely successful “Spitting Image” satirical puppet show, Shapiro was the first person that came to mind. “The South African landscape was just too good to be true with the quasi-saint of Nelson Mandela and Eugène Terre’Blanche on his white horse and every shade of politician in between,” says Cassuto, who made contact with Shapiro who immediately fell in love with the idea.

The two spent 10 years developing the concept and created the first puppet – Nelson Mandela –  with the help of Jeffrey Fineberg from “Spitting Image”. Cassuto laughs and tells the story of Mandela meeting his likeness. “In the late nineties, when Mandela left the presidency, Shapiro was invited to a farewell garden party and sneaked the Mandela puppet in. He approached Mandela, much to the mirth of the members of government and politicians present and extended the puppet’s hand. Mandela didn’t miss a beat of course and shook the puppet’s hand saying: ‘Oh, I believe I have met this gentleman before’.”

You’d think a satirical puppet show based on a proven international formula would be a natural for local broadcasters, but Cassuto says that this wasn’t the case. “We took our idea to all the broadcasters and it was very well received by the programme managers at etv, M-Net and SABC, but unfortunately the stations’ managements were not as enthusiastic. The response we got was that South Africa wasn’t ready for satire.”

An obstinate enthusiast at SABC pushed and pushed until the public broadcaster shot a ZA News pilot post-Polokwane. “Everyone loved the pilot, except for those folk on the top floors of the SABC who responded by saying ‘our people are not ready for this’. After bumping our heads against this wall repeatedly we decided to take the show online.”

This was about two years ago when the local film and television industry was up in arms against the SABC. “The coalition for the SABC asked if they could use the puppets and we said of course, and that we would fly Zuma and Zille to Johannesburg.”

Given the puppets’ stature, Cassuto spoke to Kulula and explained that the power pair couldn’t possibly fly cargo. And so Zuma and Zille boarded their plane, flew to Johannesburg and toyi-toyi’ed with actors, producers and writers protesting against the public broadcaster. “The puppets made it onto the front pages of the newspapers, we had a sponsor for the show through Kulula and the Mail & Guardian came on board for the first season.” Since then ZA News has enjoyed good traction, reaching some 2.5 million people a month through YouTube, Facebook, iTunes as well as its Web and Mobi-sites. “The brave people at DStv have also been very supportive and we have prime time space on Summit, but we give the content to the channel for free because they can’t afford to pay. We are also on Cape Town TV.”

Cassuto says it would be great if channels like etv or M-Net “grew a spine” and realised how ready South Africa is for satire. “We are an adult democracy, not babies anymore ,but television managements remain nervous about satire. There is no direct influence by government, but it is the fear of generating any kind of discontent in the upper sphere of government which is absolute bullshit.

“For the 18 months we have been on air we have never had any complaints or phone calls from politicians. So either we haven’t been pushing the envelope or it shows that they understand satire and that, once they are in the public domain, they are fair game.”

Cassuto says it’s the lower echelons of government who want to protect politicians and not offend. “It is the intermediate levels of government and business management that don’t understand satire as a pressure valve for democracy. When government and people in power are able to take a joke by seeing themselves in a mirror that distorts them and even shows an unflattering picture of them, it is a sign of political maturity. Satire is not real or literal, but is a different reality. Being able to accept that we can elect politicians yet still make fun of them using ridiculous puppets is a sign of a democracy that is maturing.”

ZA News does enjoy favour with the likes of Mandela, Desmond Tutu and Cosatu general secretary, Zwelinzima Vavi. “We took our puppets to meet Mandela and Tutu, and Tutu said our democracy would be healthier if a show like this was aired on TV. Vavi sent us a text message of support saying we are a national treasure and that the show is doing something important for our democracy.”

In a country soured by political correctness and the fear of upsetting government – or any -leadership government lackeys think deserve unqualified respect, and not derision, finding funding for ZA News’ next season isn’t exactly proving easy, despite the show being produced on a shoestring.

“Kulula is still a sponsor, but had to reduce its investment in the show by about 60%. We have an annual budget of R3 million which is used to pay the workforce, the writers, make the puppets and the sets. Jonathan and I have been funding this venture mostly for the love and passion.” ZA News also enjoys goodwill sponsorship from Apple and WebAfrica.

ZA News is looking for a backer with the balls to sponsor satire, and will fund the show for the next two years. The show’s creators will also develop a widget  for the web site to enable satire fans to donate to the show. “People who sponsor us will become card-carrying members of ZA News by supporting the show.”

Despite still looking for funding, Cassuto is optimistic and says a new puppet is in the works and will be released next week. He’s none other than the 44th president of the US Barack Obama who was humbled by the November 2010 midterm elections and is currently looking at selling off masses of government properties to cut costs and save taxpayers’ money.

Let’s hope Cassuto and Shapiro raise the funds they need for the next season of ZA News before they’re forced to make a dodo puppet. DM