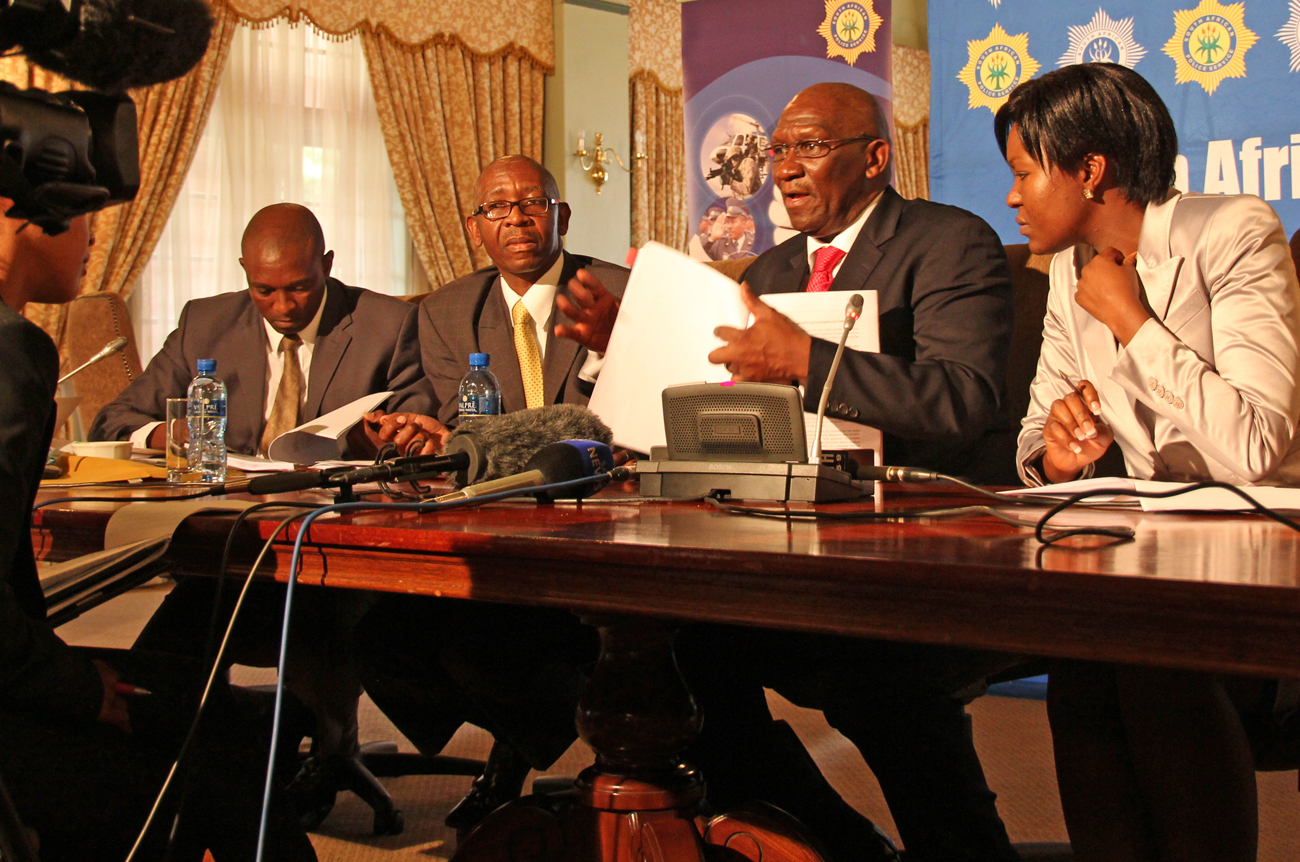 It wasn't at all unexpected, but it was disappointing. On Thursday police commissioner Bheki Cele briefly asserted the importance of the Public Protector as an institution – then tore into its methods of investigation and its findings, and sought to shift the blame it had assigned to him on to others. Take that, accountability. By PHILLIP DE WET.

It turns out police commissioner General Bheki Cele and public protector Thuli Madonsela agree on most of the facts and much of the timeline that has been established in the ongoing saga around the lease of a building for use by the police in Pretoria. What they disagree on, though – and could seemingly end up disagreeing on quite vehemently, before a court – is just how much responsibility the head of a government organisation bears for what happens on his watch. One way or the other, taxpayers will ultimately pay for that disagreement.

In law (specifically, the Public Finance Management Act) Cele is the accounting officer for the SA Police Service and responsible for the flow of money in his organisation. The police messed up in the process of procuring office space and, therefore, Cele is responsible for the mess, or so the public protector would have it. You want it bought? Make sure it’s bought right. That is the attitude that good management and anti-corruption laws take.

Cele, on the other hand, believes in trusting minions and doesn’t see why he should be held responsible if they make mistakes. Or, by extension, if they should be corrupt. “The public protector ignores the fact that the responsibility for concluding leases and accordingly ensuring that in relation to the lease… there was compliance with these provisions, is the responsibility of the department of public works,” he said in a carefully worded and clearly lawyer-vetted statement. “I do not see how the public protector made these findings against me on an issue which is not my responsibility.”

Cele has just enough of a point to tie the courts in knots for decades to come, pitting the police against the protector in a taxpayer-funded marathon case, should it ever happen. Technically it is the responsibility of public works to make sure cops have a roof to sit under. And in this instance, public works messed up in spectacular fashion, throwing processes and procedures and legal opinions to the wind and bulldozing ahead (for reasons which. though suspect, are as yet not fully known) apparently determined to lease a very specific building from a very specific individual.

Yet Cele is the one who signed off on the requirement for that building and signed off on the money it would require to lease. In the corporate world, where a CEO could use any property agent to facilitate such a deal, the board and shareholders sure as hell would hold the CEO responsible for stuffing up a big deal. The crux of Cele’s argument is that he stands exempt from responsibility because he is only allowed to use one agency.

That may be the most damaging of Cele’s defence strategies, but not necessarily. He also argues the public protector should not have enlisted the help of the Special Investigating Unit because it raises issues of independence and fairness. Which begs the question: If the Public Protector can’t rope in specialist procurement investigators when investigating procurement, what exactly is it supposed to do? If Cele, and the SAPS, convinces a succession of courts that the protector must operate absolutely alone and independently to comply with the Constitution, we may well find out.

It is not in the nature of the man and it was never on the cards, but we still naively hoped Cele would choose the high road. Acknowledge that mistakes had been made, that such mistakes are ultimately his responsibility, beg forgiveness and promise to do better. And so leave the most important legislation and institutions in the fight against corruption stronger. And perhaps have faith in his leadership restored.

No such luck. Not with General Cele. DM