Analysis: The ANC and its eternal quest for unity

Analysis: The ANC and its eternal quest for unity 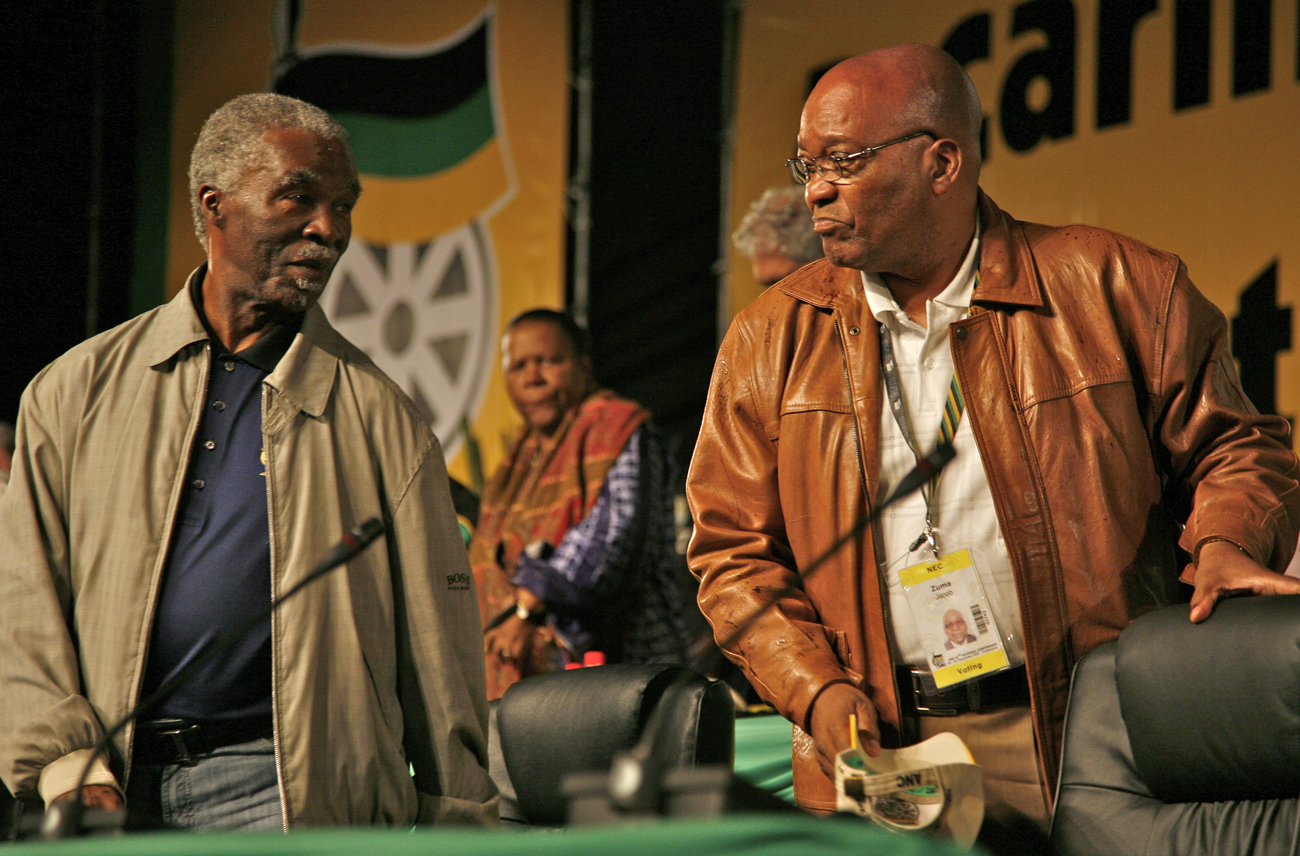 It’s impossible to overestimate the importance of the word “unity” to the ANC. It’s mentioned by virtually every ANC leader, during every ANC address. Unfortunately, depending on where you stand, “unity” can have various meanings. It can mean “all of us together” or “be nice to the person who just lost this contest” or even “we’re in charge so watch yourself”. By STEPHEN GROOTES.

These various definitions are crucial to understand what’s happened recently in North West and Western Cape. Both provinces have been running sores for the national ANC, embarrassing reminders of the fact that the politics of leadership can be hugely destructive. They’ve also been an expression of the fact that in the ANC personalities can trump policies, and that identity politics has a huge role to play, not just with the party running the country, but also in the party itself.

It was in July 2009 that the ANC’s national working committee disbanded the two provincial leaderships. Make no mistake, in ANC culture, this is a huge step. It means leadership and direction are imposed on the province by Luthuli House. It means whoever runs the inevitable provincial task team is going to be accused of all sorts of things. It means the province has pretty much been colonised by the national ANC. It’s a guaranteed way to make enemies and it allows people to make plenty of unsubstantiated charges. Unfortunately for the NEC, there really was no option. Things had reached the level where the infighting was destroying the organisation in both areas.

Of course it was in the Western Cape that the results were most hurtful to the ANC. Accusations, recriminations and counter-recriminations kept the media happy for months, while the DA simply stood on the sidelines and reaped the rewards. For Fikile Mbalula, it actually resulted in more than the loss of respect. Just before a crucial vote in the province in 2008, he disappeared. It turned out that supporters of the person he was campaigning for had spirited him away. He arrived back a week later, having undergone a brief sojurn in an initiation camp. He’d been circumcised, just 22 years later than originally scheduled. Talk about the sacrifices some people have to make for their politics.

At the heart of this battle seems to have been a fight about race and identity. It’s taken a long time, but the ANC does now seem to realise Western Cape is different. There non-white people are not going to vote for the ANC just because they’re not white. Other factors, service delivery perhaps, come into play. This was most apparent even before April 1994, when FW de Klerk, on the campaign trail for the late unlamented National Party was mobbed by coloured supporters. But the provincial party was in the hands of Mcebesi Skwatsha who wanted to concentrate on the black vote. Unfortunately for his faction, the numbers were against him, and in a wonderfully sad expression of how identity matters in our politics, the province went to the DA.

Eventually, after a series of delays, the Western Cape ANC finally held its conference this weekend. Marius Fransman (the current deputy international relations minister, but possibly a future Cape Town mayoral candidate) won uncontested. Well, that’s the Luthuli House story. What actually happened was that there was some behind-the-scenes ruckus about who could and couldn’t vote. It involved the Youth League in the province, but in the end Skwatsha did the maths and realised his number was up.

Skwatsha is not happy. And while the talk of a re-run is unlikely to amount to much, it basically means the ANC has a pissed off loser in the province. That has not ended well many times before. How it manages this situation could be crucial to what happens in the province going forward. Having said that, our old friend Gwede Mantashe is a deft hand at soothing losers and may play a cunning, but crucial role here. Don’t be surprised if Skwatsha ends up in a nice diplomatic post somewhere in a country as important as Paraguay or Papua New Guinea.

Mantashe doesn’t have that worry in North West, although he might have preferred the WP headache to what he got. There the person who won was the guy Luthuli House had tried to oust in the first place. Supra Mohomapelo was in charge in the province when it was colonised by the settlers from Sauer Street. This is a province where all 25 councils are being probed by the Special Investigations Unit, quite a feat. He should be carrying the can for that. But in yet another example of the party refusing to even acknowledge that someone should suffer for their incompetence, instead, he won this weekend. Oops. Bloody democracy.

So the party has now managed to stop the political bleeding by basically imposing one candidate and allowing the bad guy from the last time round to take over. Hardly a successful operation. And in the process Luthuli House has allowed itself to be accused of intervening for ulterior motives. In short, the national party has said it needs a coloured to win the coloured vote. It’s giving in to identity politics in an awfully crude way. You can hardly blame it, it wants to win. In North West it was possibly out-manoeuvred by a man who has the potential to become a provincial strongman. That in itself can have huge implications for the balance of power and subsequent political maths in the party.

There’s another reason for the national ANC to be worried. There’s been a campaign from the party’s highest places to stop the use of “slates” during leadership elections. A slate is a group of people who stand together, so their supporters vote for the group rather than the person. So at Polokwane the Mbeki “slate” was himself, Nkosazana Dlamini-Zuma, Kgalema Motlanthe etc., while the Zuma “slate” was Zuma, Mantashe, Motlanthe etc. As a result, one camp beats the other camp and takes it all. There’s no chance of people from different groups getting elected into the same leadership and thus no chance of building bridges. It’s something ANC chair Baleka Mbete and the party’s number two Kgalema Motlanthe have both warned against (despite the fact they owe their positions to being part of the Zuma slate). They’d hoped both these conferences would see a dramatic break with that tactic. But the lure of power and the usefulness of the slate system for would-be leaders mean it could be used for some time to come.

Luthuli House, and in particular Mantashe, have become quite good at dealing with crises, with calming people down. But as the party’s ideological breadth continues to broaden, and as more and more people are attracted to it simply for personal advancement, calming a crisis tends to store up more trouble for the future. And as more and more people inevitably take part in leadership contests, the party will generate more losers, with time to plot and plan and get up to no good. For them being told about the importance of “unity” is not going to cut it. Time to come up with something more in step with modern times. DM