State of the Malemanation Address, the way it is

State of the Malemanation Address, the way it is 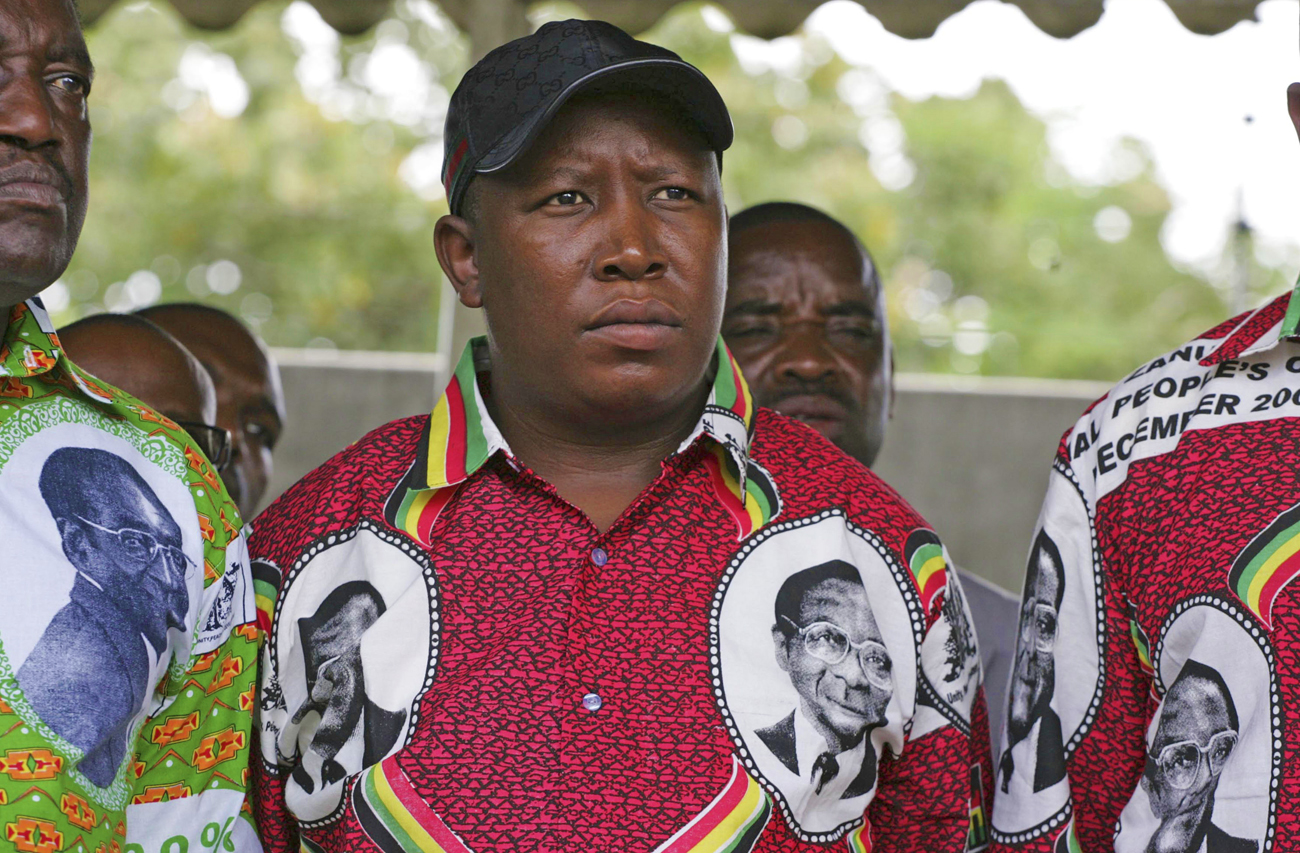 The world is a strange place. And in a series of events that doesn’t need to be explained here, it appears that Julius Malema has written his own “State of the Nation” address. And yes, would you believe it, it fell into our hands. And so with our tongue firmly wedged in our cheek, we are proud to present: The State of the Malemanation. Ghost-written by STEPHEN GROOTES.

Ladies and Gentlemen, revolutionary greetings to you. But not to all of you. Because you here are the old people, the people who time has passed, but nobody told you. I represent the young people, the future. And our way goes. Not your way. Our way. And we will no longer call Comrade Sisulu Mr Speaker. It is not a revolutionary greeting. Rather from now on, he must wear red and be called ‘Comrade Speaker’.

I need to tell you all here dressed in your fine suits and wonderful gowns that we have had enough of the rich and the powerful telling us what to do. We are in charge now. And we are going to take your mines away from you. They are our mines. They belong to us, the people. And we are going to run them. Floyd is going to run them. We will look after the money that comes out of our ground. And we will tell you how to run them for us.

If you don’t like that, you are an imperialist, like Cynthia Carroll. Cynthia Carroll is a  hypocrite, she is public enemy number one. She will be dealt with. If she doesn’t like it, she can go back to Britain or America and be an imperialist there. She must understand that we can nationalise the mines because we have written a 10-page document that proves we can.

From now on the Chamber of Mines is a banned organisation. We cannot have representatives of monopoly capital arguing with us. We don’t need them. They must go.

We are going to look after the poor like no one else has. We are going to celebrate with them every day. We will take over the stadium in this city. Cape Town is an imperialist town, we are going to take over here. We will start by drinking until four in the morning. We can drink until five in the morning if we want. For us  of the new generation, that is a human right. The racist little girl Zille, you sitting there, you must be scared of us. We will drink when we want to, and what we want. Johny Walker, black, if you’re interested.

And if we get arrested by your racist police like comrade Jackson, we will fight you. And we rule now.

We are going to make changes to the communications sector. Twitterer is going to be banned. We don’t need it. And it is spying on us, it’s lying to our people. It’s gone.

We are also going to ban the iPhone. It is a stupid phone. From now on only Nokias and Blackberries will be allowed. The Blackberry is a beautiful phone because it’s a good phone and it’s black. You see, it’s proof that black is successful as well.

We are going to make home ownership easier for our young people. Mortgages longer than five years will be banned. And if the banks fight us, it’s only because they are capitalists. They must give us money. We mustn’t live in debt. It’s our money, they stole it. If we want to use the money to buy a Z4 or this watch on my left hand, then so be it.

My government is going to help out entrepreneurs. Night club owners like comrade Kenny shouldn’t be forced to use all their own money to throw parties. We must help them. We are going to subsidise nightclubs because our people have a right to party. I order everyone in this Parliament to come with me to ZAR tonight, so that we can be the first to celebrate.

But first we are going to control the capitalist, white, racist, bloody agent media. It is wrong that it is so independent and prints lies about me. How dare the Sunday Times claim that I spent the weekend at the One and Only and then print pictures to prove it. The Sunday Times is banned. The Times is banned. The City Press is gone. That Tazz-driving reporter Piet Rampedi who claimed I get money from government contracts, he’s going to jail. Along with Mzilikazi. All independent media that doesn’t report properly will be banned.

But we have done more for press freedom than any other party, so stop crying.

Comrades, it’s time to end, I’m getting thirsty and we must exercise our revolutionary right to party.

Julius Malema is the leader of the ANC Youth League

And Stephen Grootes is an EWN reporter.