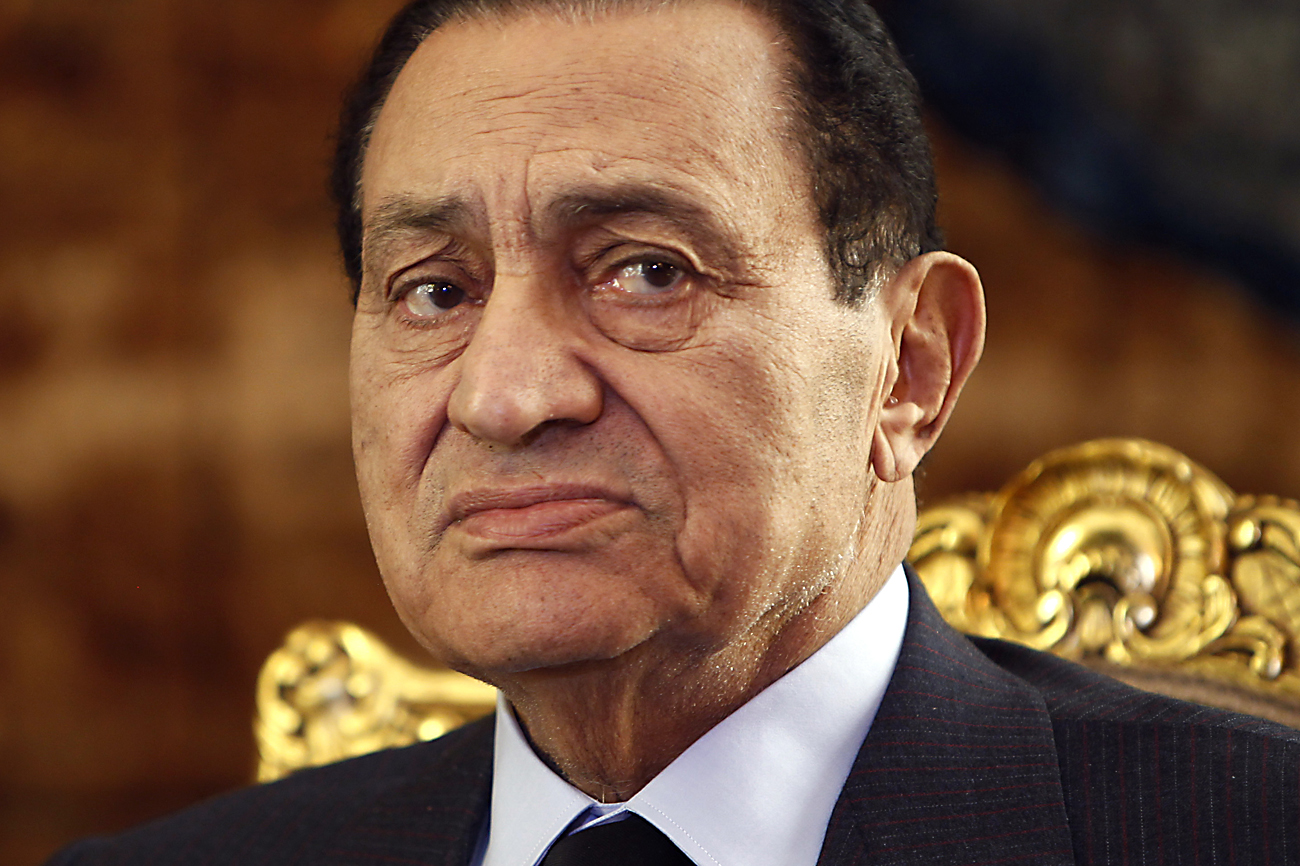 Another sun rises above Tahrir Square. The protestors are still here, in their thousands. They will not leave, they say, until Mubarak does. And it is fitting this revolution should end with the exit of the man who caused it. After all, a revolution needs a climax, and what better climax than the president formally relinquishing all power? But removing a president does not a revolution make. Removing a regime, on the other hand – now, that’s a revolution. By SIMON ALLISON.

It can be easy to confuse the two, especially if for decades they have been inextricably linked. Hosni Mubarak was never actively narcissistic in the vein of a Stalin, or Saddam Hussein, in the promotion of his public image. He eschewed such classic tactics as putting his profile on bank notes, which are decorated instead with mosques and pharaohs (though some might argue that the pharaoh was just a metaphor for the president). And while his portrait was a feature of all government offices, its absence in public spaces and homes wasn’t taken as a threat to the regime.

But nonetheless, as the head of a dictatorial police state for nearly three decades, a cult of personality grew up around him, and became a central plank of his exercise of power. Effusive compliments of Mubarak’s leadership, wisdom and strength were a regular feature of the evening news on state television. Anything that went right in Egypt was ultimately down to him and him alone; on the few occasions when something went wrong, it was somebody else’s fault. Mubarak became the state and the state was Mubarak.

Of course, this was nonsense. Mubarak was the ultimate authority, but he certainly could not make every decision himself. Nor did he. Other figures operated and manoeuvred behind the scenes, wielding their influence in the shadows, an influence all the more powerful for it being out of the limelight; figures such as Omar Suleiman, the spy chief, the enforcer, the man who would unpack the box of dirty tricks for which the regime was so notorious.

But he and others, operated in the shadows, and are protected by those shadows now. While the other edifices of Mubarak’s rule crumble around him, his cult of personality endures. This is why, for the demonstrators, there can be no other conceivable solution to the current impasse than Mubarak’s exit, dignified or otherwise. Exit Mubarak, exit the regime.

But as the protestors wait to cut the head off the snake, the body is making its moves. Specifically, Omar Suleiman is making his move. Quietly, and without fanfare, he has put himself in prime position to manage the transition process, even getting the nod of approval from the US. After all, Suleiman oversaw and maintained the peace treaty with Israel, and enjoys good relations with Washington and Tel Aviv. The US and Israel could both relax with him in control. He is also conducting negotiations with various opposition groups, including the Muslim Brotherhood (although the brotherhood insists it wasn’t negotiating, merely listening).

It seems there are two possible resolutions to the situation. The first and most likely, is that Mubarak stays as president, stripped of real power, and a hardcore of demonstrators spend the next seven months in Tahrir Square. The presidential powers would be transferred to Suleiman, never mind that he is just as complicit in Mubarak’s regime as Mubarak himself. The second is that Suleiman promises to give the opposition Mubarak’s resignation, on condition that he, Suleiman, be allowed to run the transitional period. Both solutions involve actual power in the hands of Suleiman.

If the revolution is to be effective – and if the opposition are to politically destroy Mubarak for good – they should remember that he is not and was never the Egyptian state in its entirety. Getting rid of him is only one part of the equation. The other is finishing off the regime – a task that would be made exponentially more difficult if the transition process was managed by Suleiman, one of its architects.

Mohamed El Baradei is one of the few to have pointed out the absurdity of Suleiman’s role. “The process (of negotiation about transition) is managed by the outgoing regime without involvement of the new opposition, if you like, or the rest of the people…It is all managed by vice president Omar Suleiman, it is all managed by the military,” he said.

If Mubarak does go in the next few days, the people of Egypt should congratulate themselves on an important milestone, but also realise that their job is not finished. As long as Mubarak’s right-hand man continues to wield huge power, the revolution is not over, even if it has reached its natural climax. DM