Analysis: Mubarak and the shadow of the Shah

Analysis: Mubarak and the shadow of the Shah 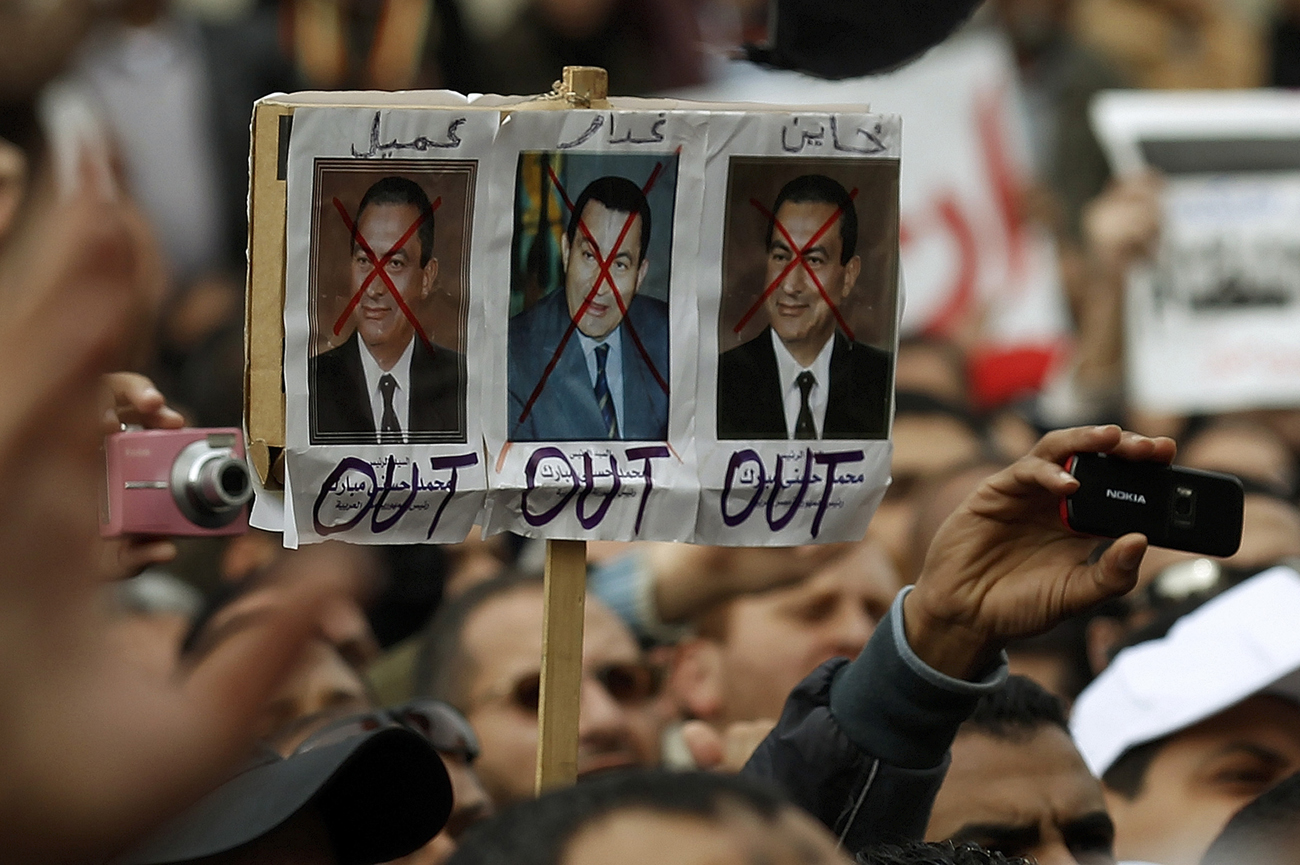 From the frenzied maelstrom of Cairo’s dusty, heated Tahrir Square – the epicentre of revolt – our correspondent SIMON ALLISON looks back on the events that have galvanised the world for two weeks, and where they may go in the nascent new Egypt.

It is July in 1980, and a coffin is being pulled along Cairo’s streets by a team of horses. Accompanying the coffin is a thousands-strong military parade, with all due pomp and ceremony, and the route to the mosque is lined with people. The coffin is wrapped in the red, white and green of the Iranian flag. Inside it lies the withered body of the last Shah of Iran, who, after just a year of unhappy exile, succumbed to illness.

Hosni Mubarak was, of course, at that funeral, as vice president of Egypt, he would have probably organised it. Barely a year later he himself was president. And perhaps the image has stayed with him as he tries desperately to avoid the same fate; to avoid spending his last years as a lonely, beaten man, deprived of the elixir of power, to die and be buried by another country’s people.

It’s looking increasingly likely that he has succeeded in his mission. While he has been making new concessions almost every day – yesterday offering, through vice president Omar Suleiman, to remain on as only a figurehead, and today sacking the executive council of his party – he has refused to even contemplate giving up the presidency. His position is contradictory. He’s said Egypt would descend into chaos without him, but at the same time offered to relieve himself of any real presidential power. It looks as if his motivations might be personal, rather than political.

And, as the political machinations work themselves out, it is former intelligence chief Suleiman who is emerging as the new face of the regime and the power behind Mubarak’s throne. Suleiman was not Mubarak’s first pick for vice president. Rumour has it Rachid Mohamed Rachid, the moderate businessman whom Mubarak invited into his cabinet as trade minister to modernise the inefficient ministry, was offered the position first. He refused it, perhaps seeing which way the wind was blowing and now he finds himself barred from travel and his accounts frozen, allegedly on suspicion of theft of public funds. It seems that even as Suleiman tried to quell the uprising, he is consolidating his own position within Egypt’s political elite.

This is standard practice from Suleiman, who is a hardliner representing the worst of Mubarak’s excesses. His remit was all the dirty work: Running the informers, extracting confessions, locking up the prisoners. He was also trusted with maintaining the peace treaty with Israel, a role which won him many friends in Washington and Tel Aviv. When the US starts supporting a Suleimen-led transitional government, this will be why – he’s considered a safe pair of hands to protect US and Israeli interests.

For the demonstrators in Tahrir Square, this outcome – a Suleiman-led interim government, with Mubarak involved or not – would be a huge disappointment. But it’s unclear whether they’ll have much of a say. With the army keeping exceptionally tight discipline in and around the square making access to it more and more difficult, there is a sense that the mass protests have already climaxed. While Tahrir will remain occupied for the foreseeable future – although some opposition figures have suggested a “day on, day off” approach might work – the numbers in the square will be in the thousands, hardly likely to exert more pressure on the regime. Friday protests will remain large, but are unlikely to reach the numbers seen this Friday. Cairo and the rest of the country is slowly returning to normal. Banks open today, and most shops have been open for a few days already. There is food in the markets and people are going to work.

So the opposition might be stuck with the concessions they already have – now they have to make them stick. Steps towards creating a leadership council have been taken, with a group of high-profile figures apparently due to meet soon with Suleiman. In a parallel development, the Muslim Brotherhood asked Mohamed El Baradei to act as transitional leader, although they have also just declared that they will enter into direct talks with Suleiman. Clearly, there’s confusion in the opposition ranks. But whoever emerges as opposition leadership, and however they emerge, they will have some tough issues to address. The opposition now needs to start thinking in terms of timing and policy. They will have the task of thrashing out the details for transition, such as an election date, an electoral system overhaul and select consitutional amendments. They’ll need to avoid messy splits among themselves, a tough task in such a a diverse movement. And all the time, they’ll need to be keeping the closest of eyes on what Suleiman and Mubarak are doing in the background to thwart the plans they undoubtedly have to keep some kind of proximity to power.

But regardless of what happens now, the opposition should remember and take heart from the huge strides already made in the past two weeks. Egypt is a changed country, and changed for the better. There is every chance of free and fair elections, provided the run-up is managed effectively and then a new constitution can be promulgated. Mubarak will surely not run for another term (even for him that would be a step too far) and instead retire to one of his palaces where he will continue to meddle and pull strings behind the scenes (think of how Obasanjo can’t help, but get involved in Nigeria, or Rawlings in Ghana, or Bill Clinton in the US).

But he will never again be the feared, all powerful dictator, a role he played to such perfection for decades. And he has no chance of having a funeral anywhere near as impressive as that of the last shah of Iran. DM