Analysis: Mubarak's speech puts the pressure on the pro...

Analysis: Mubarak’s speech puts the pressure on the protestors 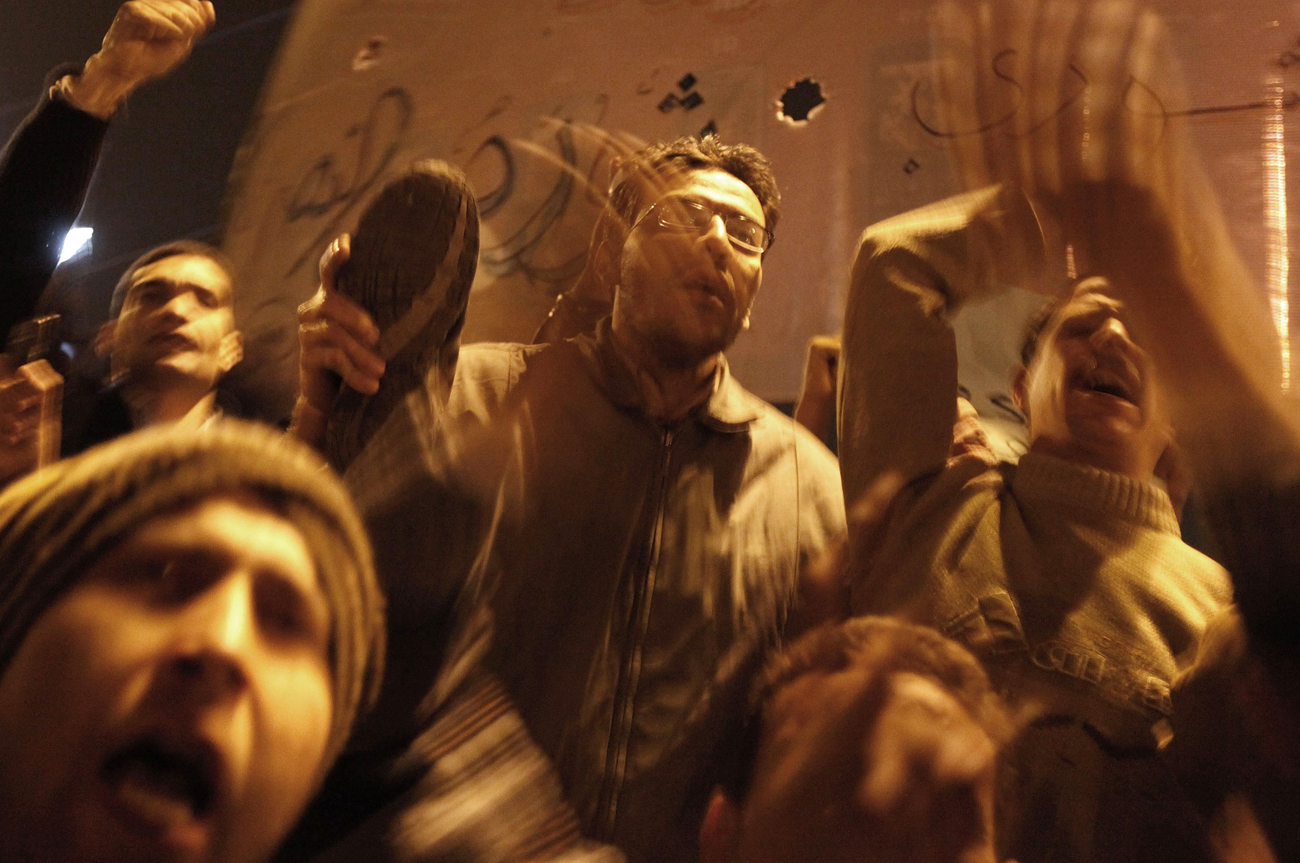 If one were to seek a metaphor for Egyptian President Hosni Mubarak’s speech, the inscrutable sphinx springs to mind – part beast, part human and very sly. By tossing the ball back into the somewhat ramshackle court of opposition groupings and holding out for a face-saving transition eight months down the track, Mubarak has given them pause and his still considerable support time to rally ahead of elections in September. By SIMON ALLISON.

Hosni Mubarak has a fondness for Roman maxims. For three decades, “Bread and circuses” was his motto, and formed the bedrock of the social contract which has glued Egypt together. In return for bread – and it was literally bread, with state-run bakeries supplying the staple at hugely subsidised prices – Egyptians put up with the lack of free speech, free elections and wide-spread human rights violations which characterised the government.

Last night, in his televised speech to the nation, a defiant Mubarak showed that he was fond of another of the Caesars’ guidelines for successful tyranny: “Divide and conquer”. By ruling both himself and his son Gamal out of the next elections, Mubarak has lobbed a grenade into the hitherto unified ranks of the mass movement opposed to him. Will it be able to lob it back before it destroys the unity which has made the mnovement so powerful, like the Egyptian youths have been doing with tear gas canisters all week? Or is this, Mubarak’s final gamble, going to keep the wily dictator in some kind of power before a face-saving exit?

First, we must understand what Mubarak’s offer means and from where it comes. There is an understandable tendency to personify the government, to blame Mubarak himself for all that’s gone wrong. But Mubarak did not operate alone. In fact, hundreds of thousands, if not millions, of Egyptians are directly implicated in his regime. From the security chiefs, the cabinet and the MPs, to the civil service bureaucrats, businessmen, local government heads, police officers and informers, there is a large chunk of the country’s population that stands to lose everything if Mubarak is comprehensively overthrown. With him goes the source of all their power, be it great or petty.

So Mubarak’s speech was to a large extent aimed at these people. An orderly, slow transition is likely to give them a measure of protection, involving as it inevitably will a unity government and processes of reconciliation. The speech was his last chance to protect the people who have kept him in power for so long. It’s almost noble.

Almost, but not quite. September is eight months away. A lot can happen in eight months – just look at how the country has changed in a week. With Mubarak overseeing the transition, it seems unlikely it will give the protestors the kind of revolutionary overhaul for which they are looking. And it gives Mubarak, and those around him, plenty of time to plan for their futures and tweak the processes to make sure they keep some power. It’s easy to forget it now, but once the protests have died down and the country has returned to some semblance of normality, the ruling NDP is by far the most organised and influential political institution in the country (notwithstanding a few burned headquarters). They will run in a new election, perhaps under another name, and their candidate will have access to a well-oiled political machine and some residual support from those who need the old days to continue. And Mubarak will be in the shadows; his tenacity should never be underestimated.

Where does this leave the opposition? Although it is multi-faceted and rather nebulous, two broad strands can be identified. On the one hand, there is the Muslim Brotherhood – well-organised, popular and not nearly as dangerous as western media and the US would like us to believe. It has the most to lose if Mubarak stays until September. He doesn’t like the Muslim Brotherhood, and will do all in his power to sideline it. This is to be expected. More importantly, the US doesn’t like it either and, while dangling its $1.6 billion aid package out like a carrot, will be the most important external player in determining what the next constitution looks like and how elections are run. And as Hamas found out in Palestine, democratic expression is less important to the state department than keeping “terrorist groups” at bay.

The other strand of the Egyptian opposition is a lot more difficult to pin down. Roughly comprising of young, middle-class, tech-savvy students and professionals, and semi-formalised under the banner of the Kifaya (“Enough”) movement, they also include the bits and pieces of formal opposition which survived Mubarak. Mohamed El Baradei has emerged as a key spokesman for this group, although support for him is not whole-hearted. Nonetheless, he is the only unifying leadership figure with even the Muslim Brotherhood agreeing to back him – so far.

His take on Mubarak’s speech will be critical. It would not be a surprise if the Nobel laureate, seasoned diplomat that he is, can see the benefits of a measured and orderly transition. It’s a position that’s unlikely to please his younger followers, but he might see it as the sensible option.

So for the first time since the protests began, the opposition groupings find themselves in a real dilemma. Mubarak’s concession, for what it’s worth, has forced them to consider a more-nuanced political position than simply “Mubarak out”. The unity of what is ultimately a fragile coalition of unlikely partners has been a defining feature of the protests so far. This is now under threat. Perhaps they should all forget about nuanced positions, and stick with what has worked so far: “Mubarak out”. And as soon as possible. DM

Photo: Protesters react in Tahrir Square to Egyptian President Hosni Mubarak’s televised speech in Cairo February 1, 2011. Mubarak, responding to huge popular protests demanding the end of his 30-year rule, said on Tuesday he would not seek re-election in a ballot scheduled for September but would stay in office until then to respond to demands for reform. REUTERS/Dylan Martinez