'Fascinating Aida' makes merry of the march of time

‘Fascinating Aida’ makes merry of the march of time 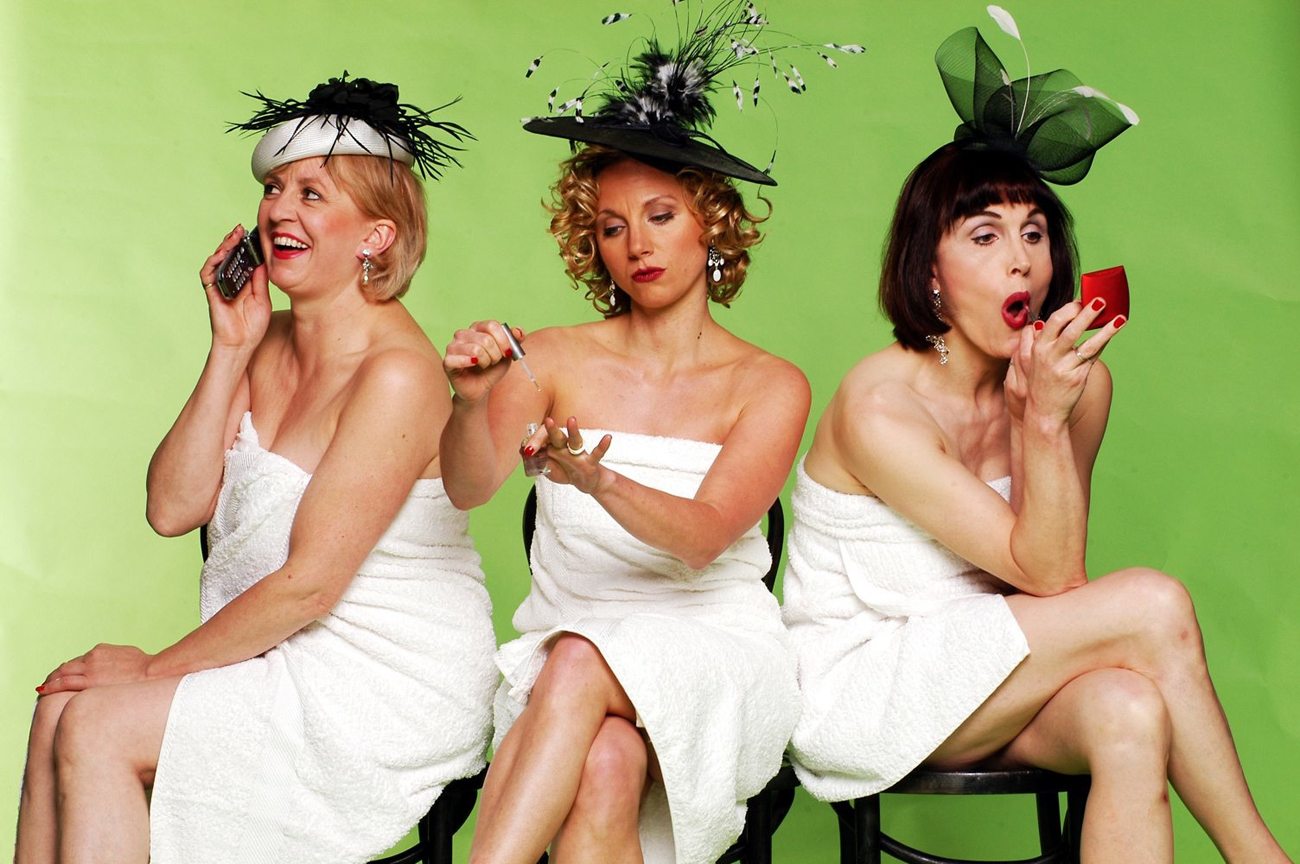 You might look at the posters for “Fascinating Aida” and wonder disparagingly at how funny a musical trio of middle-aged, middle-class women can be. Pretty effing funny, that’s how much. By LESLEY STONES

When young male comics pepper every sentence with swear words the impact dulls so fast that it’s tedious and ugly. Yet there’s something deliciously funny about perfectly respectable ladies of a certain age carefully enunciating rude words. Yet smut has to be wrapped in clever comedy and impeccable timing to really be entertaining, and this British female trio has perfected the art.

“Fascinating Aida” uses vulgarity to fine effect because of the contrast between our visual and aural expectations. When prim Adele throws in a four-letter word to highlight a gag you’re spluttering with laughter caused by surprise as much as by the wit itself.

The trio comprises matriarch and pianist Dillie Keane, the petite, pretty Liza Pulman, and Adele Anderson, with a regal Cleopatra-style about her. The gals – let’s call them that, because “women” sounds too staid – are very smart, extremely funny and entirely wicked.

Their irreverent repertoire of songs mocks politics, celebrities, royalty, global warming, religion and the Germans. Most are introduced through a bit of banter, emphasising their easy interaction with the audience and giving them a chance to deliver quips they couldn’t work into the tunes.

The lyrics are bang up to date and they’ve localised some material too, with Dillie recounting how they crafted a complicated, but hugely clever song about the financial markets at the behest of Trevor Manuel. Then they proceed with a song about derivatives and short-selling that makes the audience roar. Another is a plea for their frustratingly active parents to have the good grace to expire before they blow all their inheritance. Hilarious, and one that many in the audience related to.

Oddly, another highlight is a falling-out-of-love song delivered with stunning sorrow by Liza. For a moment the glint of tears in your eyes is genuine sadness not mirth. But a moment later you’re giggling again, as life and laughter go on despite temporary setbacks.

There are numerous moments when comedy and satire make a point as well as make you laugh out loud. A song about global warming is sung with lilting Scottish-Caribbean accents as icy islands sprout palm trees and typhoons. As you applaud you find yourself thinking how prophetic it may be. Their humour takes ideas to the limit without crossing into absurdity. It’s all entirely plausible, and that makes it even funnier.

They write all their own material, and while the pithy, punchy clean songs are little gems, the vulgar ones are absolutely hilarious.

You find yourself wondering if they really mean what you think they mean, or if your own brain is now seeing smut where it doesn’t exist. But no, the smut exists and you’ll learn all sorts of colourful new phrases for the wobbly bits of your anatomy. There’s one still making me laugh now, but I’d never get away with printing it.

Then Dillie, who bristles with a no-nonsense almost gruff attitude, blows that image in a flash by singing about sex in a Smart car, giving graphic descriptions of the cramped, but enthusiastic action. She has to be pushing 60, and delectably debunks all perceptions about the dull, demure lives ageing women ought to lead. The teenager next to me was creased over with laughter, as if seeing an elderly aunt with new admiration.

The lyrics are crucial, of course, and the gals enunciate beautifully because they’re a well-bred, well-trained trio. They’re also fiery evidence that there’s nothing more delightful than a good girl gone bad. DM