Inkatha Freedom Party falls apart again and this may be terminal 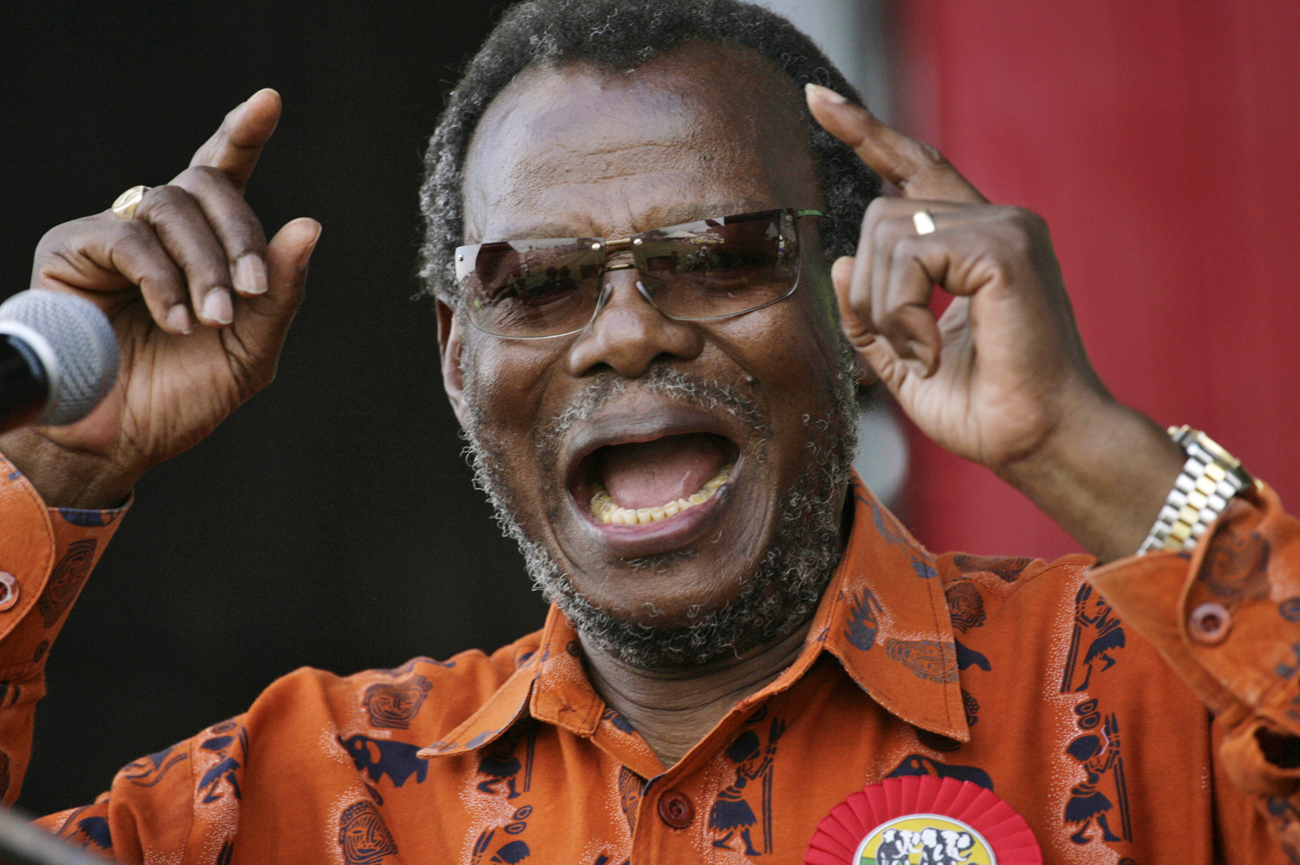 Inkatha Freedom Party, once the third most important political force in the country, faced a second major mutiny in six years, as party chairwoman Zanele Magwaza-Msibi formed her own National Freedom Party and reportedly left with a sizeable chunk of IFP councillors and supporters. Can the house that Buthelezi built survive another tremor? By SIPHO HLONGWANE.

Magwaza-Msibi announced her resignation from her old party on 26 January, and the formation of her own National Freedom Party. According to The Mercury, Magwaza-Msibi claims to be leading a big split. She claimed more than 40 ward councillors in the Ulundi and Nongoma areas, as well as 15 ward branches previously belonging to the IFP, now belonged to the newly-formed NFP. The IFP has denied these claims, saying it was unaware of any councillors who had defected.

The revolt seems to be inspired by the old complaint that Mangosuthu Buthelezi, who has led the party since its inception in 1975, refuses to hand power over to anyone. The tipping point was when Magwaza-Msibi was called by the IFP’s national council to distance herself from the “Friends of Zanele Magwaza-Msibi” group, which was lobbying for her to become the party’s president at the elective conference, scheduled for 23 July. She declined and the party instituted a disciplinary hearing against her. After failing to get the hearing tossed out by a court, Magwaza-Msibi resigned from the party.

What the “Friends of Zanele Magwaza-Msibi” was lobbying for was directly against the wishes of the IFP’s national council, the party’s highest decision-making body between conferences. According to Musa Zondi, the party’s secretary general and its national spokesman, the national council formally passed a resolution at a conference on 24 October 2008, asking Buthelezi to stay on as party leader at the 2011 elective conference. “Buthelezi had already expressed a desire to retire after the 2011 conference, but the national council wants him to stay on to ensure a smooth transition until a succession plan is put in place,” he said.

Buthelezi has not indicated whether he’ll agree to remain as party leader at the elective conference, according to Zondi. “It is not even known whether the delegates will embrace the national council’s proposal,” he said.

This is not the first time the party’s chairman has resigned, taking with him a chunk of the party. In 2005, Ziba Jiyane left the IFP to form his own National Democratic Convention (Nadeco), taking with him prominent IFP MPs Gavin Wood and ward councillors in KwaZulu-Natal. Jiyane’s defection from the IFP took an ironic turn when he himself was ejected from his own party by Hawu Mbatha’s supporters in 2006. Mbatha was Nadeco’s co-founder and previous ACDP stalwart.

The IFP’s failure to rejuvenate its leadership or even have a succession plan play a prominent role in its internal woes. The IFP’s younger leaders are impatient with the national council’s “wait-and-see” attitude, and are raring for their turn at the steering wheel.  Buthelezi’s response to the defection was to blame the ANC for rupturing the party in a statement published on the IFP’s site.

“Throughout this saga I have been castigated for pointing out that some leaders in the ANC are involved in fomenting the IFP’s ructions, and even bank-rolling the activities of the ‘Friends of VZ’,” the statement said. “But this is not idle finger-pointing, nor is it a ploy to detract attention from our problems. We have concrete evidence, which I took to the president of the ANC in July last year, and then to the deputy president in August.”

Buthelezi says the ANC took no notice of the concerns raised by his party. The allegations that the ANC had a hand in the formation of the NFP drew an angry denial from the ruling party, which blasted the rumours as “a faceless hoax letter”.

The ANC’s involvement aside, it is undeniable this is all good for the ANC, as it now faces a clutch of small, weak political parties in the IFP’s former stronghold of northern KwaZulu-Natal. The NFP has no hope of defeating the ANC to take the province, or indeed wrest the north away from the IFP.

A report in 2005 by Gavin Wood for the IFP parliamentary caucus, said the party’s woes began way back in 1987. The critical report said the party had no ideological rooting. “The IFP has no discernable vision, mission or philosophical base, no clear national ambitions or direction, no articulated ideological basis and offers little in the way of current, vibrant original and relevant policies,” Wood wrote. His assessment earned him the ire of his elders, leading to his floor-crossing to Nadeco.

The party never really recovered when the politics of the country changed. Founded on Zulu nationalist and populist principles, the IFP was left completely stranded when politics on a national stage was longer about tribes (with the passing of legislation such as the Black Economic Empowerment Act), when Thabo Mbeki ascended to the presidency. The trickle-down effect of that took time, but eventually even the fiercely loyal KwaZulu-Natal, site of the country’s most violent black-on-black political violence in the transition years, fell to the ANC in 2009.

The IFP may not even need to wait for the municipal elections for the sting of the NFP revolt to be felt. According to The Mercury, the councils of Nongoma, eDumbe and Ulundi face administrative paralysis from the NFP drain, as the IFP cannot elect any new councillors to replace them before the municipal elections. Failing to make service deliveries to the few communities that remain faithful may finally be the straw that breaks the IFP camel’s back. DM