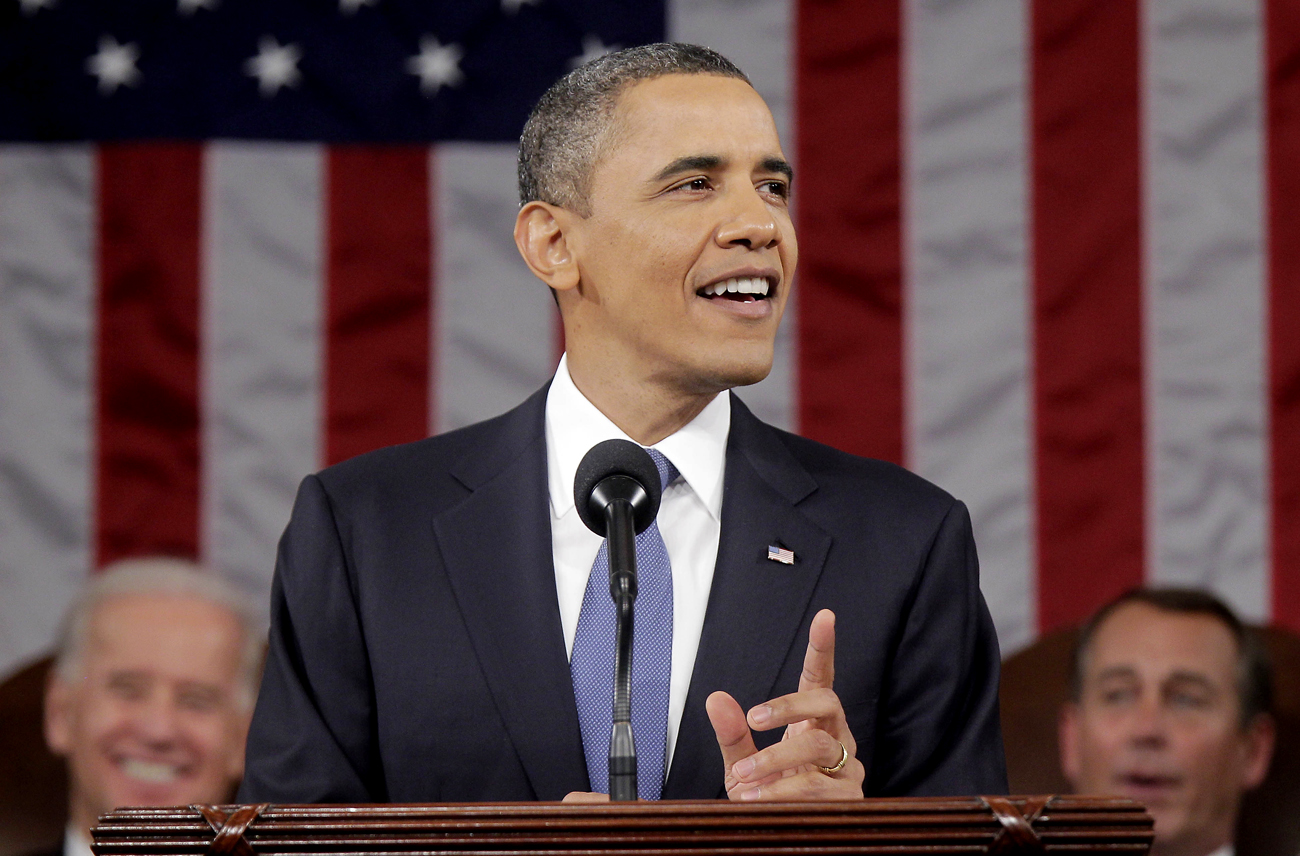 In a speech that reached back to the rhetorical sparkle of presidential forebears like Franklin Roosevelt, John Kennedy and even Ronald Reagan, President Barack Obama used his State of the Union speech to urge Washington’s divided government to put aside partisan bickering and tackle the country’s challenges. And his new phrase – “Sputnik Moment” – has become an instant global hit. By J BROOKS SPECTOR.

In his speech, Obama called on Congress (and the nation at large) to come together to “win the future”. Obama urged renewed government investment in education, high-tech, high-speed rail, clean-energy technology and high-speed Internet to enable the US  to surmount the challenges of globalisation’s impacts and the economic competitiveness of emerging powers such as China and India.

Media analysts noted Obama used the words “we” 165 times, “our” 119 times, and “jobs” 25 times, all in an effort to reposition himself at the centre of the national discourse as a can-do pragmatist, even as he acknowledged the need to pick up the pace on job creation.

In recognition of the national mood and the realities of Republican positions, he also called for some $78 billion in cuts in defence spending and a five-year freeze on spending on a number of domestic programmes that would ultimately reduce the federal deficit by $400 billion. However, he did not make specific proposals for controlling costs with social security and medicare – two of the biggest factors in government spending. Cuts or spending controls in these programmes are often seen as political suicide in America because of the potent voting power of senior citizens who rely on these programmes.

On the positive side, Obama also argued that the country was – finally – making its escape from the economic crisis of the past several years and was able to address the key issues of the country’s future and carry out the programmes he outlined. Photo: U.S. President Barack Obama makes a point during his State of the Union address to a joint session of Congress on Capitol Hill in Washington, January 25, 2011. REUTERS/Jim Young.

The heart of his case came right at the beginning: “At stake right now is not who wins the next election – after all, we just had an election. At stake is whether new jobs and industries take root in this country, or somewhere else. It’s whether the hard work and industry of our people is rewarded. It’s whether we sustain the leadership that has made America not just a place on a map, but a light to the world.”

Although he did not specifically speak about gun control or firearms violence, a seat was symbolically left open for Gabrielle Giffords who had been shot at a meet-your-representative-event. Six people were killed and 12 others injured.

Similarly, while this speech sketched out goals for reducing dependence on polluting fossil fuels, he proposed no specific measures to carry this out. In a speech largely devoted to domestic issues, the US’s role in Iraq and Afghanistan were largely out of his discussion, although he did refer to Tunisia’s ongoing struggles in bringing in democratic practices after years of authoritarian rule.

Overall, Obama’s speech was an effort to draw a crisp distinction between his ideas and those of many of his Republican critics who are urging major, immediate cuts in federal government spending. In this vein, Obama argued the country needs to, “…out-innovate, out-educate and out-build the rest of the world…We have to make America the best place on earth to do business. We need to take responsibility for our deficit, and reform our government. That’s how our people will prosper. That’s how we’ll win the future.”

As he compared the US to its economic competitors, Obama acknowledged that the game has fundamentally changed in a globalised world, but added: “No workers are more productive than ours. No country has more successful companies, or grants more patents to inventers and entrepreneurs. We are home to the world’s best colleges and universities, where more students come to study than any other place on earth.”

Although they were only sketches of formal plans, Obama called for dramatic rises in research and development spending, expanded rollouts of wireless connectivity and efforts to train and deploy 100,000 mathematics and science teachers to respond to the expected retirements from baby-boom generation educators. In an effort to summon a new national commitment, Obama called current circumstances the nation’s new “Sputnik Moment” – a reference to the late 1950s and early 60s when Russian space challenges generated a national commitment to research and development, and spending on space exploration. Photo: NASA Shuttle Commander Mark Kelly, the husband of U.S. Representative Gabrielle Giffords (D-AZ), is pictured watching the State of the Union address in the hospital room of his wife, in Houston, Texas, in this photograph taken and released on January 25, 2011. REUTERS

When Obama concluded his speech, the designated Republican response came from Congressman Paul Ryan of Wisconsin. Ryan is the new chairman of the house budget committee and his remarks were in strong contrast to Obama’s essentially positive summons to tackle the future.

As Ryan saw it, the national debt was about to bring down the temple. “A few years ago, reducing spending was important. Today, it’s imperative. Here’s why. We face a crushing burden of debt,” Ryan said. “The debt will soon eclipse our entire economy, and grow to catastrophic levels in the years ahead.”

In a surprising twist, Republican Congresswoman Michelle Bachmann offered a second rejoinder on behalf of Tea Party activists, essentially arguing that everything wrong with the US should be placed at the feet of the White House incumbent – forgetting perhaps that during George W Bush’s tenure two wars were started with the costs pushed into the future and the baleful flowering of the subprime crisis.

Summing up the night and spinning furiously for the Democrats, John Podesta, a former Clinton aide and Obama’s presidential transition chief, put it this way: “The Republicans are preaching castor oil; he’s preaching optimism. I think that’s good.” Obama actually enters 2011 in relatively good political shape, especially considering his drubbing at the polls in November. A successful lame-duck Congressional session, a stunning speech in Tucson and a slight improvement in the economy have all meant that, at least by some polls, Obama’s popularity is now slightly higher than his popular vote percentage was in 2008. Analysts say he is also reaping the benefits of popular approval for his stance in reaching out to Republicans.

Of course, the proof of all this is in the budget and the actual programmes of government. Next up for Obama will be bruising battles over budgets, investigations over the inevitable waste, fraud and mismanagement in government programmes and that standard 500kg  gorilla in the room – continued unemployment higher than 9%. Fix that and he’s home free. Fail and there may be nothing he can do that will help him come 2012. DM