Analysis: Where does big business stand? 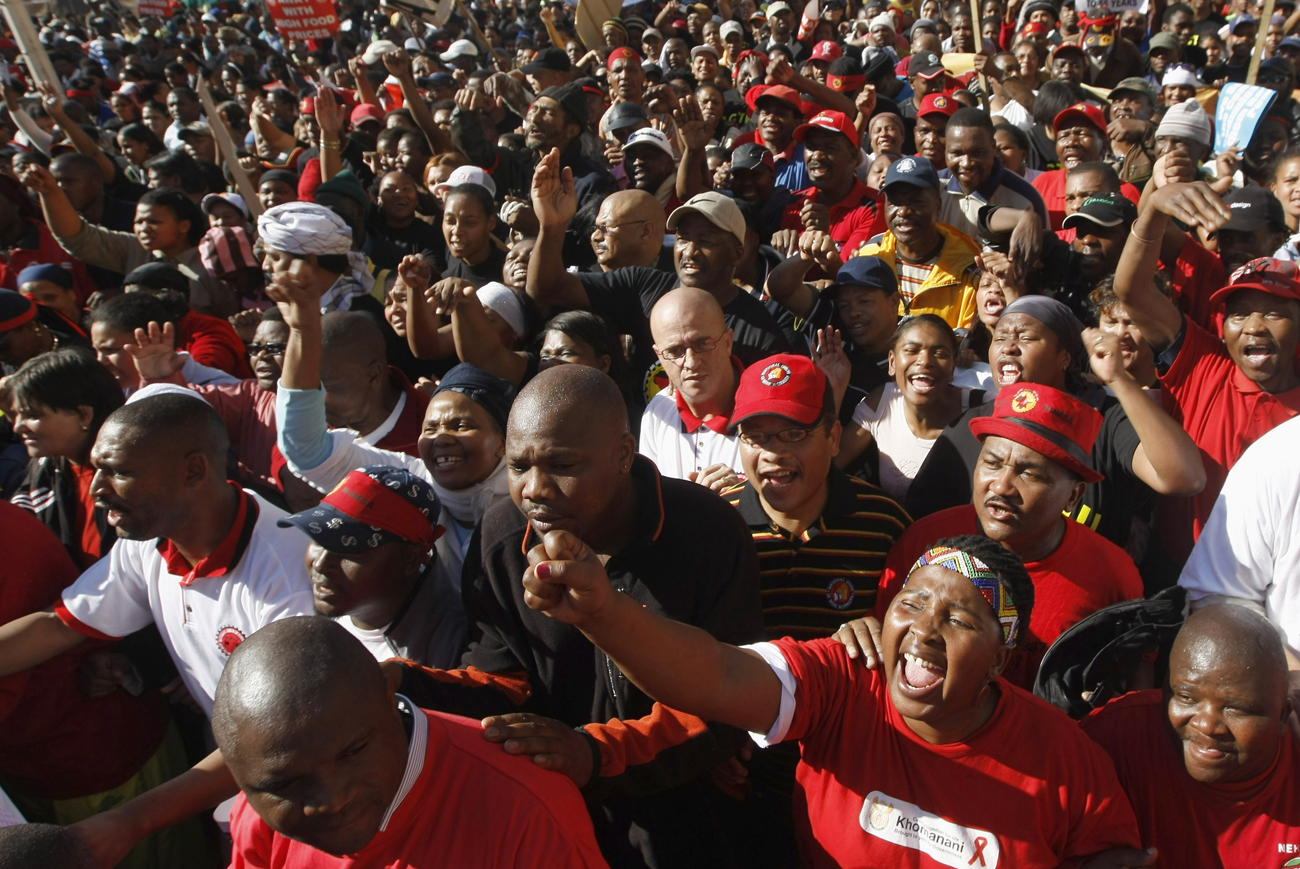 South Africa is responding to its jobs disaster by swinging to the left at a pace that seems to be accelerating. And if you thought that big business, the investors, the moneyed elite will not let it happen, well, think again. By STEPHEN GROOTES.

Over the last few weeks it has become obvious that 2011 is the year of jobs. It applies to the economy in general, and especially the ANC and the tripartite alliance. The blueprint for all this is Ebrahim Patel’s “New Growth Path”, the playing field for negotiations. It is now obvious that some kind of big change will happen, and soon. It is the time for furious debate, argument, passionate discussion about the best course, whether we go completely cowboy capitalist or whether we muddle through some other way.

And yet the Left, the ANC, is having an argument only with itself. Business, the capitalists who clearly stand to gain the most from capitalism in its current form are standing on the sidelines, water boys at what could turn out to be a game that spells the end of their very existence. Why is that? Why are so many business people, those who currently gain the most from keeping so quiet? Are they missing the signals or is there something else at work?

Generally speaking, there is a way and a method of getting your argument out there. You can hold a press conference, you can get someone important to make a public lecture, you host a lunch at some club where some clever person looks directly into the microphones and says “This plan won’t work”. Instead, big business’s approach has been the kind you see in fabric softener ads. In fact, the only free-enterprise people doing any talking at all are a handful of private sector economists who try to use whatever shouting space they’re given. But every time they raise an issue, they’re being let down by their leaders.

There seems to be a few reasons for this. One, there is a problem with what should be the single coherent voice of “Big Business” South Africa. Technically, this kind of argument should be made, forcefully, by Business Unity South Africa. But it seems the very structure of that organisation makes it difficult to be  forceful. It started only in January 2004, as an amalgamation of two different groups, the Black Business Council and Business South Africa. You don’t have to be a rocket scientist to work out one group had more melanin than the other. Its constitution is one of those reminiscent of sports bodies from the mid-90s, where everything refers to the past and talks about unity.

Then there’s an added complication. There are several organisations seen as big role players, stakeholders if you like in Busa. One of them is the Black Management Forum. And while we, as a capitalist website, think the best possible thing for black managers is for them to be given as much free rein in business as possible, they think differently. They are hugely in favour of the new growth plan. Of course, this is about more than what one group of people think, it’s about the personal politics of its president Jimmy Manyi. The one who is still looking for a day-job after being fired as labour ministry director general. Technically, the BMF is just a member of Busa, but it seems to have a bigger bark than most. And it’s an interesting illustration of the difficulties organised business seems to have in finding one voice.

As the example of Busa shows, the business space should ideally be politics-free. Not in this country, no. There is a simple fact that big business in South Africa is conducted by the grace of the government, which not only rules the roost, but is the biggest player in the economy. There are not many corporate boards anymore that would support a CEO’s brave crusade against what could easily be seen as the incoming tide of 21st century socialism. Not if that fight takes the company out into the open, exposes it to the anger of this country’s biggest customer, you guessed it, the government.

At least, we hope those are the reasons business is staying so quiet.

Because there could be another possibility, and that one is, quite frankly, depressing. That business is staying so quiet because the people at the very top simply don’t care. That they’re in late middle-age, have made their pile and can leave when they want to and join the kids in London or Sydney. That they don’t have the stomach for a political fight. That these capitalists (the ones who give capitalism a bad name) simply don’t care. They are measured by the success in the next six months, a year at the most. They’re going to do what’s good for them and no one else. And hell, if the going gets tough here, we’ll go where it’s better.

Ever since 1994 there’s been a belief among South Africa’s middle-class that “business won’t let it happen”, that “international investors won’t let it happen”. That big business will be a great counterweight to the excesses of the ideologically extreme government. Right. Well, guess what, they ain’t riding their chargers out to save us. International investors can hardly be blamed for taking one look at the Kumba Iron Ore situation (where ICT Trading has gained a right that could be worth R1 billion for simply filling in a form correctly) and averting their gaze. And business, well, business seems to just be running away from the big arguments of our time.

Of course, Jeremy Cronin could be forgiven for saying that we should never have trusted them in the first place, that we always had it coming, that this is capitalism, true capitalism in action. Maybe he’s right, on that one.

But still, we hoped for more. DM

Photo: Members of the Congress of South African Trade Unions (COSATU) march through the streets of Cape Town in protest against high food, fuel and electricity prices August 6, 2008. South Africa’s giant mining companies were badly hit by a strike on Wednesday over rising power, food and fuel prices that threatened to bring the continent’s biggest economy to a standstill. REUTERS/Mike Hutchings.