Sizwe Banzi isn't dead - he's as alive and well as when... 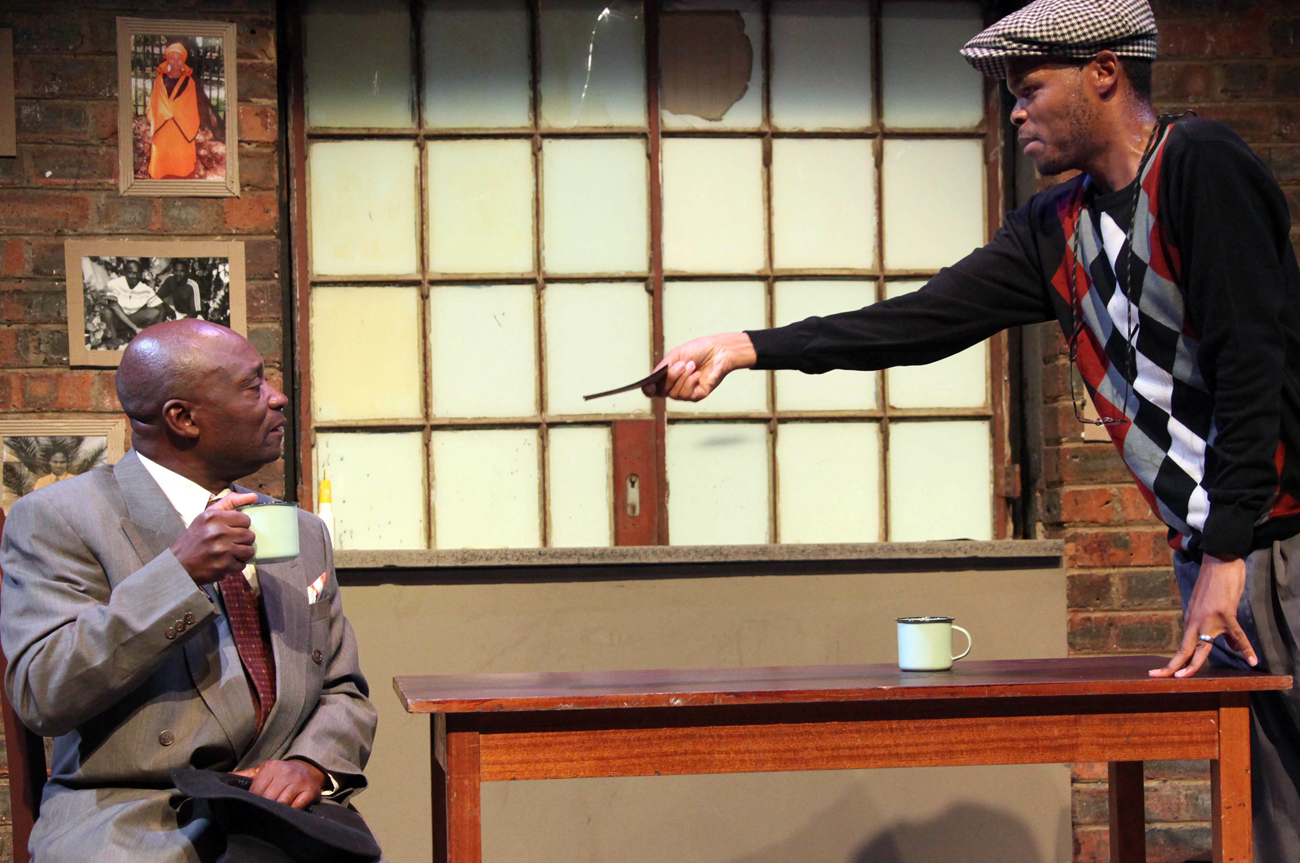 It takes about 60 seconds to realise that Omphile Molusi is about to give us an excellent evening’s entertainment. There’s such an engaging attitude about him that you instantly feel welcome in his photographic studio - the stage setting for “Sizwe Banzi is Dead”. By LESLEY STONES.

Molusi, playing Styles the photographer, entertains us with tales of his working life at Ford before he chucked it in to follow his dream. He recalls how the factory prepared for the visit of Mr Ford himself, relives how he rented this dirty building and shows us how he vigorously fought the unassailable cockroaches. When he tells us there was a hole in the roof, we look up, forgetting we’re in a theatre.

Molusi has us utterly engrossed with his perfect delivery, easy humour and convincing antics. His job as a photographer is to capture the people who would otherwise be forgotten, he says. Those not mentioned in the history books or commemorated in statues. Then a customer walks in, wide-eyed and a little innocent, needing a photo to send to his wife. One of the everyday people who would otherwise be forgotten, but remains captured in this play by Athol Fugard, John Kani and Winston Ntshona about ordinary men in the Apartheid days. Don’t groan – this isn’t another outdated play that chafes like a dry, gruelling history lesson. It’s an absolutely delightful show, brimming with humour and intelligence.

Perhaps what makes it still so relevant and absorbing is the lack of angst or recrimination. The characters aren’t parading feelings of bitterness or frustration, guilt or regret, as in many struggle-era plays. It’s a story, not a judgement, making it refreshingly funny despite addressing heartless realities.

Even as Sizwe learns to recite his new identity number we’re laughing, the audience struggling not to shout out those crucial numbers for him.

The scene has switched to Port Elizabeth, where Sizwe Banzi (Arthur Molepo) has overstayed his welcome with the authorities. He wants to stay, but his passbook tells him to go. Molusi now plays Buntu, a streetwise character who takes in the hapless Sizwe. One night in a drunken escapade they come across a dead body – as one does – and Buntu extracts the valuable passbook. Sizwe dies and is reborn with a new identity.

The play paints a vivid picture of how black men had to be chameleons to work within and around the laws of state-sanctioned barbarity. Sizwe doesn’t want to lose his identity, yet admits he does so every time he kowtows to a white man addressing him as “boy” or “John”.

Molepo has a fabulously expressive face, winning us over completely as the careworn underdog unsure of how well he can exploit the system until his own sense of exploitation finally rebels.

Lighting that picks out the characters at crucial points to transport them and their fascinated audience to a different time or place enhances this tightly directed show. Neither Molusi nor Molepo have done much mainstream theatre, but we ought to see far more of them both in the future. DM

“Sizwe Banzi Is Dead” runs at the Market Theatre until 20 February.