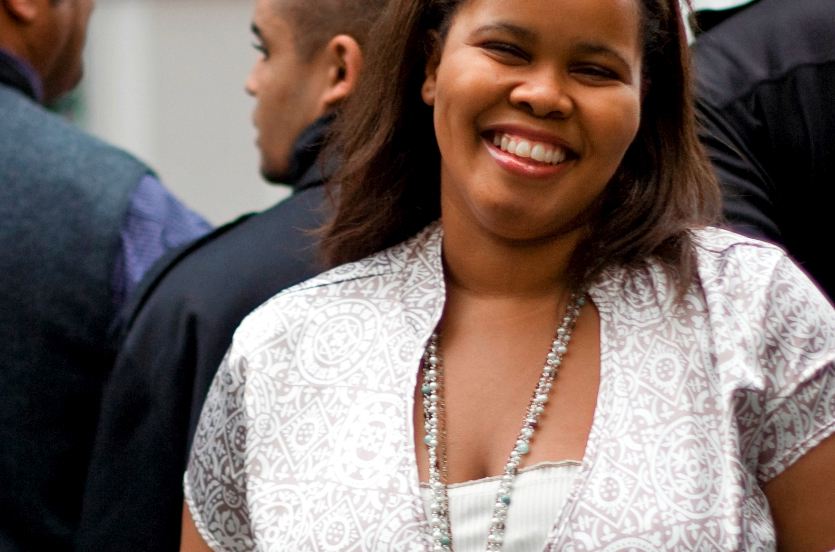 Forget national elections. Municipal elections are where the real battle for the country is and, as the Democratic Alliance demonstrated in Cape Town and the Western Cape, racial identity starts to matter less in local politics, where the bite of incompetency is most acutely felt. Lindiwe Mazibuko, DA spokeswoman, chatted to us about the party’s municipal election strategy this year. By SIPHO HLONGWANE.

It’s taken the DA a while to cotton on to the fact that it isn’t Parliament, but the wards and municipalities across the country that are its true battleground. Perhaps due to the party’s history of fighting the Nats in Parliament, it has had almost nobody at local government level. That changed with Helen Zille and the party began its spread across the country. Having governed the city of Cape Town in a somewhat shaky coalition with other small parties, and then turning Western Cape into South Africa’s best-run province, the DA now has its eye firmly focused on the rest of the country.

Lindiwe Mazibuko, DA MP and party spokeswoman, explained the importance of the challenge the party faces in an interview with The Daily Maverick. “When Tony Leon was party leader, Parliament was our hub. When Helen Zille took over, she turned local government into the building blocks we could realistically win.

“So in many ways this is a more important election for us than a general election because it is a springboard from which to demonstrate our competence to a broader audience.

“Cape Town was one place where we did this, and it was very difficult for us to win it. But Cape Town was where we demonstrated we could govern, our policies could work and that we are actually better than the ANC. That model worked for us because it gave us Western Cape. So we’re going to try to replicate what we did in Western Cape in other provinces where we already have footholds,” she said.

Concentrated most heavily in Western Cape and parts of Northern Cape, the DA holds many small municipalities in those two provinces, but only one major city – Cape Town. The fact that those cities held by the ANC are so badly run plays right into the DA’s hands. Mazibuko said they were targeting large metropolitan areas in Eastern Cape and Gauteng. “We are in talks with other parties and we have our eye on the Nelson Mandela Bay Metro,” she said. “Tshwane is a very important city area for us in Gauteng, as is the city of Johannesburg, obviously. They both have histories of bad governance and we can demonstrate what we’ve done in similar metros with a similar profile.”

Mazibuko said despite the peculiar voter demographics in Western Cape, the DA’s model of governance that seeks to go beyond racial identity would be replicated across the country. “Western Cape is special in that it has a large coloured voting population who don’t necessarily have an allegiance to any party based on identity.

“Any party that can demonstrate it can tackle their issues head-on and with competency will be voted for. We’re not saying people should vote along colour lines and we are hoping to replicate the same model in the rest of the country,” she said.

By establishing branches and people on the ground to make regular contact with their local communities, the DA has come to understand things like working traffic lights and speed humps on the roads near schools, once understood to be the preserve of the middle-class, are concerns in townships as well, said Mazibuko.

Now that the DA is more of a party of governance than of mere opposition, does mean it has to rethink its election slogans as well. South Africans have grown tired of its perennial opposition stance to the ANC. But with a good governance track record in places like Western Cape, it will hope to woo voters by promising to replicate the successes in the Cape elsewhere. The question of whether incidents such as police shooting at rioters in Hangberg or the open-air toilet saga at Khayelitsha may influence voters before casting their ballots for the DA will only be answered after the elections.

The ANC secretary general Gwede Mantashe has said several times his party’s shoddy reputation at local level would eventually come to bite them. They too will be watching carefully and fighting tooth-and-nail not to lose yet another big city to the DA. If it really happens, will it galvanise the ANC into improving the way it runs the country? We fervently hope so. DM