America's worst and best on display after Arizona massa...

America’s worst and best on display after Arizona massacre 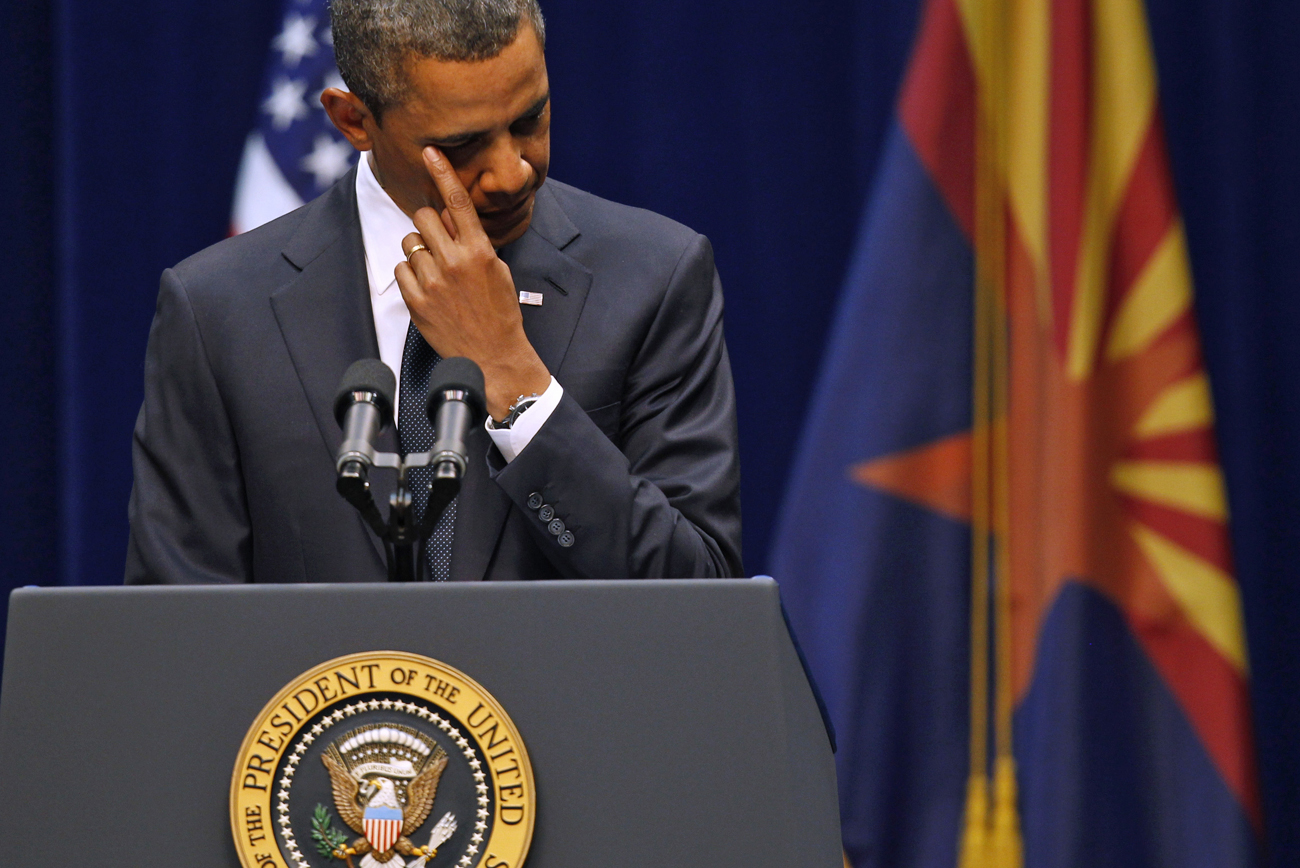 Amid America’s shock and grief over the shootings in Tucson, Arizona, which left six people dead and 19 injured, the hatemongers did not wait for an invitation to wade in, especially the US's finest bunch of loonies, Westboro Baptist Church. Their attempts to upstage the last ceremonies of the victims for their own vile ends will drive them deeper into infamy, but it is the messages of hope that the country will remember. By SIPHO HLONGWANE.

On 8 January, a lone gunman opened fire on a crowd gathered in Casas Adobes, near Tucson in Arizona, killing six people and injuring 19. The deceased included a nine-year-old girl and chief judge for the US district court for Arizona John Roll. US Democrat congresswoman Gabrielle Giffords, who had convened a constituent meeting, was shot in the head allegedly by Jared Lee Loughner, but survived and was rushed to hospital in a critical condition. Bystanders overpowered Loughner and quickly taken into custody. Since then, he has reportedly evoked his Fifth Amendment rights to silence and is refusing to co-operate with authorities. Police are treating the incident as an attempted assassination (on the strength of evidence found, which points to pre-meditation) and appropriate charges have been laid.

The funeral of Christina-Taylor Green, the nine-year-old killed in the shooting, is planned for Thursday, but the Westboro Baptist Church released a statement earlier this week, threatening to picket (warning: read the church’s press release at your own peril) at the funeral. The Arizona legislature reacted swiftly, unanimously passing a law which established a 100m “funeral protection zone” around the location of the funeral for one hour before the ceremony starts, and one hour afterwards. The legislation mirrors an Ohio law passed especially to prevent the church from picketing another funeral. Photo: A Westboro Baptist Church member protests during the funeral for Elizabeth Edwards in Raleigh, North Carolina on December 11, 2010. Members of various groups opposed to the church have rallied to create a “human buffer” to shield the Edwards family from the church’s demonstration against Elizabeth Edwards, blaming her for her own death and that of her late son Wade, according to local media. The Topeka, Kansas-based church is headed by founder Rev. Chris Phelps and has recently picketed funerals of fallen U.S. military personnel. REUTERS/Chris Keane

The bill’s main sponsor, state Senator Kyrsten Sinema told Politico, “I read Westboro’s press release and wanted to vomit I was so angry. It was sickening. The church has a national reputation for trying to denigrate funerals of people who have served this country bravely. When I found out they were coming to Arizona, I was like, ‘Oh no you’re not’.”

The church’s members are routinely in the news for their anti-Semitism and for trying to hijack funerals to propagate their extreme stance against homosexuality. Formed in Topeka, Kansas in the 1950s, and largely consisting of church leader Fred Phelps’s extended family, they have picketed (or attempted to picket) at the funerals of soldiers, victims of homophobia, and celebrities in an attempt to catch the media’s attention. In a country that is predominantly Christian and proud of its military, the church’s activities have earned Phelps and his followers the pejorative sobriquet: America’s Most Hated Family.

But while the Westboro crowd will eventually be sidelined to the fruitcake corners of society, their shenanigans will not be the lasting memory of the shooting. In the immediate aftermath, the blame was placed on violent political rhetoric, some suggesting that phrases meant to invoke images of violence may have inspired Loughner. One particular metaphor which caught the world’s attention is a map on one of Sarah Palin’s websites which placed gun sights on the districts of US representatives who voted for President Obama’s healthcare bill. One of the districts “aimed” at was Giffords’. What made the charge cut even deeper was that Giffords criticised the map’s use of gun sights, warning there could be consequences to such actions.

Sarah Palin responded to the criticism by claiming the media had manufactured a “blood libel” against her, a choice of phrase which only served to highlight her lack of judgement. The phrase harks back to the Middle Ages when it referred to the pernicious superstition about Jews murdering Christian babies. Palin’s gaffe was made even worse by the fact that Giffords is Arizona’s first Jewish congresswoman.

On Thursday a number of US officials, including President Obama, travelled to Tucson to attend a memorial service for the victims of Saturday’s shooting. Speaking in Washington DC, house speaker John Boehner urged elected officials not to allow the incident to frighten them. “No assailant’s bullet — no twisted act of violence or cruelty — can silence the sacred dialogue of democracy,” he said. Obama told mourners at the memorial service, “”There is nothing I can say that will fill the sudden hole torn in your hearts. But know this: The hopes of a nation are here tonight.”

The president also warned against attempts to politicise the incident by laying blame at the feet of anyone other than the would-be assassin, saying. “At a time when our discourse has become so sharply polarised – at a time when we are far too eager to lay the blame for all that ails the world at the feet of those who think differently than we do – it’s important for us to pause for a moment and make sure that we are talking with each other in a way that heals, not a way that wounds.”
Obama also brought with him the news that when he visited Giffords in hospital the previous day, her husband, Mark Kelly, told him she was responding to commands and had opened her eyes for the first time.

The Westboro Baptist Church will threaten to lend its foul thoughts to the next tragedy, no doubt, but it is the messages of resilience offered by America’s leaders, and exemplified by Giffords’ own fight for her life, that will be remembered in years to come. This will surely become the final death knell for Sarah Palin’s presidential hopes.

PS: While the Westboro Baptist Church temporarily claimed its rightful leading place in the pantheon of hate, Terry Jones, the pastor behind last year’s “burn the Quran” campaign, is back with his newest initiative. Obviously fearful he will be forgotten in the wake of the Westboro tragedy, on Thursday, he announced that 20 March 2011 will be “Judge the Quran Day”. In an interview with the press, he said, “We have decided to do it on 20 March. It’s your opportunity, all you so-called peaceful Muslims. On that day the Quran will be put on trial.

“We are accusing the Quran of murder, rape, deception, and being responsible for terrorist activities all over the world,” he said.

Main photo: U.S. President Barack Obama wipes his eye as he addresses the crowd at the “Together We Thrive: Tucson and America” event held to support and remember the victims of Saturday’s mass shooting, at the University of Arizona in Tucson, Arizona, January 12, 2011. REUTERS/Mike Segar