The Exterminator Gets Hammered: Tom DeLay to spend thre...

The Exterminator Gets Hammered: Tom DeLay to spend three years in the slammer 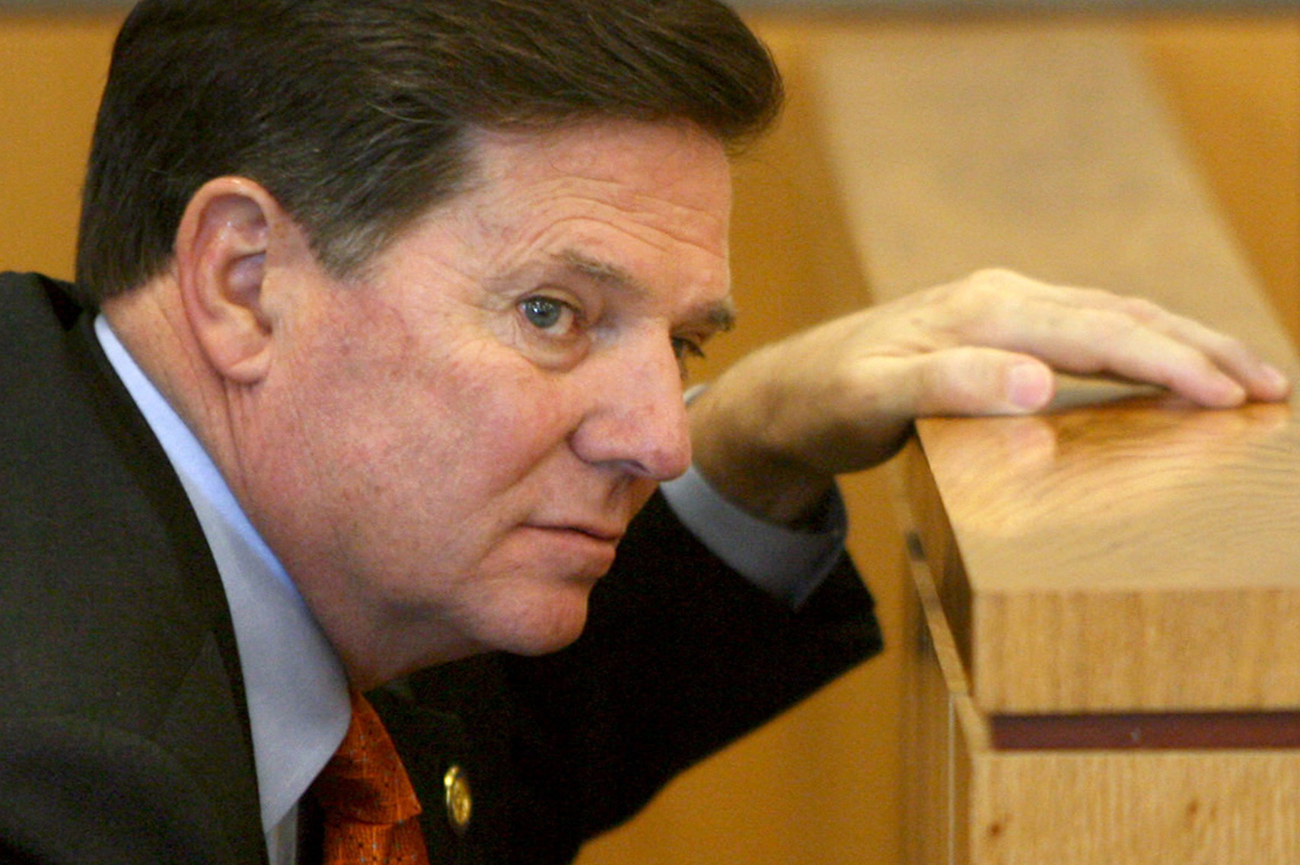 A thoroughly unrepentant Tom DeLay, the former House of Representatives Republican Majority Leader, learnt on Monday he had been sentenced to three years in prison for money laundering and conspiracy as part of a scheme to channel corporate contributions to fund Texas state electoral races in 2002. He still thinks he's done nothing wrong, though. By J BROOKS SPECTOR.

But one of the world’s formerly most powerful people doesn’t have to pack for that one-way trip to the pokey just yet – he posted a $10,000 bail after sentencing and was released pending an appeal of his sentence. Judge Pat Priest had given DeLay his sentence of three years in jail on the conspiracy charge and a decade of probation on the money-laundering charge. Readers may well be hearing that iconic da-dum! chime from Law and Order right about here.

DeLay insisted he was innocent and was being pursued as part of a politically motivated vendetta by Democrats, but the judge didn’t buy it. He countered with a stern admonition, just before handing down DeLay’s sentence, that: “Before there were Republicans and Democrats, there was America, and what America is about is the rule of law.” DeLay had been convicted in a trial that ended in November, marking the first time money-laundering statutes had been used in Texas to round-up and then corral a politician trying to get around the state ban on using corporate money for political contributions.

In denying his guilt, DeLay insisted, “I never intended to break the law – I have always played by the rules. I cannot be remorseful for something I didn’t think I did.” His lawyer insisted they would appeal and that the conviction (and the sentence) would be reversed on appeal.

At the trial, DeLay’s friend and former congressional colleague, Dennis Hastert, the former Illinois Republican Congressman who served as Speaker of the House from 1999 to 2006, had tried his hardest to paint DeLay as a warm, fuzzy, soft kinda guy with huge heart. Hastert said DeLay wasn’t power-hungry, but simply motivated by his deep-seated need to help others. But the reality is quite the opposite, of course. When DeLay was at the height of his political power, he wielded his less than warm, fuzzy sobriquets – the Hammer and the Exterminator – with enthusiasm, both in recognition of his style of leadership, and as a reference to a previous business venture.

At the November trial, DeLay and two others had been accused of directing nearly $200,000 in corporate donations to Republican candidates for the state legislature – using a circuitous path to move the money via the Republican National Committee to avoid Texas state law governing political contributions. These donations were key to the Republicans’ success in taking control of the Texas legislature, a development that then allowed Republicans to “redistrict” the state’s national congressional delegation’s seats to maximise their party’s strength. This, in turn, helped DeLay solidify his rule over the House of Representatives after the 2004 election.

After becoming the House majority leader, a key DeLay effort had been the so–called “K Street Project” (named for the street in Washington where so many lobbying firms have their offices). This involved pressing those lobbying trade associations to donate only to Republicans, despite their more usual tactic of giving contributions to both parties to hedge their electoral bets. Some political analysts say the resulting concerns about ethics helped contribute to the Democrats’ success in regaining the House of Representatives majority in 2006.

Beyond his actual sentence, DeLay himself may have issued the clearest judgment on his own behaviour when he insisted, rather less than contritely, “This criminalisation of politics is very dangerous, very dangerous to our system. It’s not enough to ruin your reputation. They have to put you in jail, bankrupt you, destroy your family.” Yeah, right. DM

For more, read the New York Times, the Washington Post, the Christian Science Monitor or even Fox News.

Photo: .S. Rep. Tom DeLay (R-TX) speaks to one of his attorneys during his appearance before Judge Bob Perkins at the Travis County Courthouse in Austin, Texas October 21, 2005. REUTERS/Jay Janner