Analysis: Zuma vs Zapiro is possibly much more than jus...

Analysis: Zuma vs Zapiro is possibly much more than just another court case 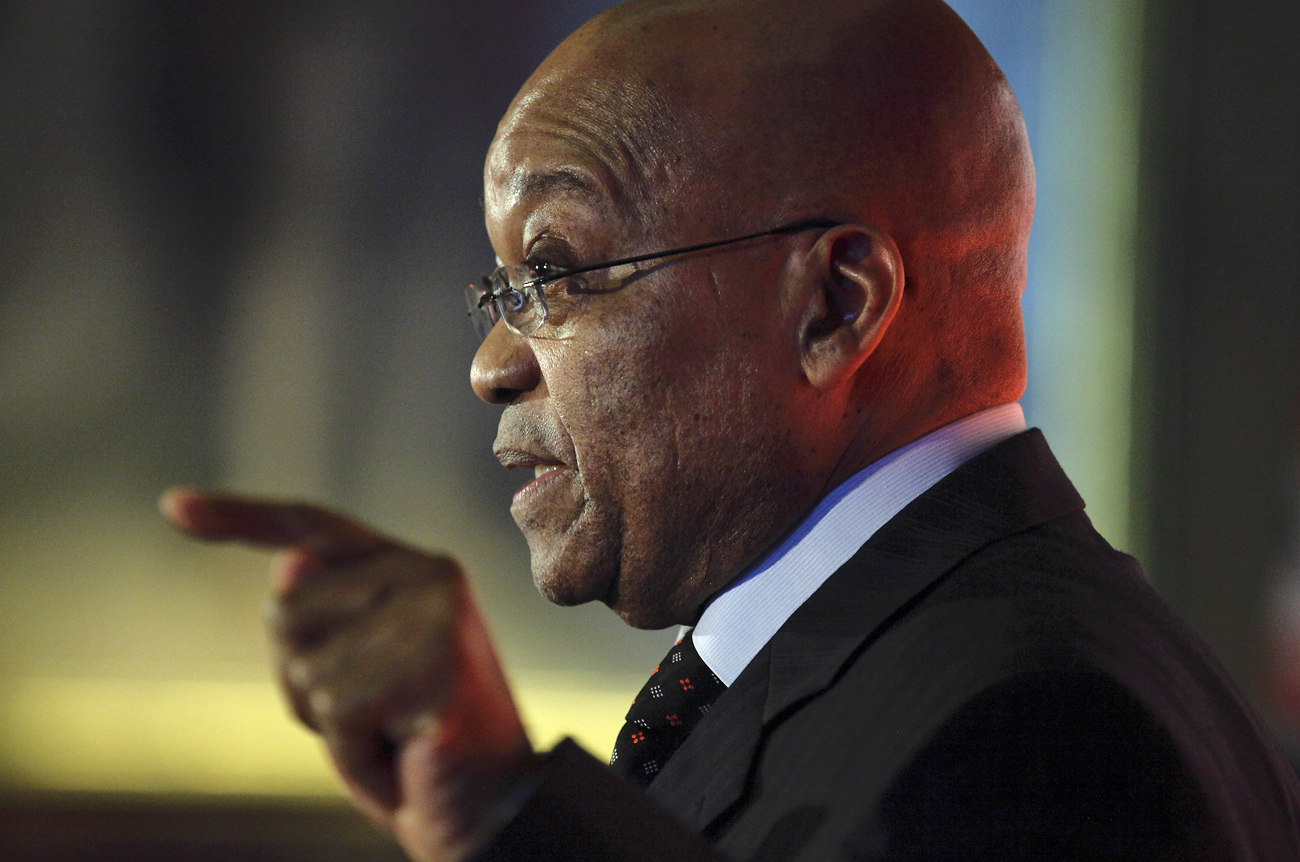 What does the SA prez possibly stand to gain from what seems like a case he is bound to lose? But looked at through the eyes of his supporters maybe – just maybe – it’s not about this specific case at all, but about the little media legislation they are so desperate to push through. By STEPHEN GROOTES.

Even by our standards, in the third quarter of 2008 South Africa was another country. Thabo Mbeki was running things, technically, and merrily ignoring requests to attend ANC national executive committee meetings because he was meeting minor Chinese dignitaries. Julius Malema was too busy living to suggest killing for anyone, and Jacob Zuma was addressed as just plain mister. The main political action of the day had been a Mail & Guardian headline in which Gwede Mantashe had labelled some Constitutional Court judges as “counter-revolutionaries”. The political slogan was about “political solutions” to legal problems. Turns out those slogans were right in the end.

The reason we bring this up, is that this was all before the Nicolson Judgment. No legal person put their neck out and predicted Zuma would win that case, but the ANC was on a roll. They were going all out for Zuma. Heck, even Zwelinzima Vavi loved him at the time.

In this context Zapiro published that cartoon. At the time, it seemed the ANC was literally ganging up against the judiciary. The wagons were being circled.

It was a pretty normal Sunday though when I first saw the cartoon. It literally took my breath away. It was so good, so funny, hit the nail on the head, and yes, it was offensive. In a way, that was probably the point. At the time, it seemed as if something offensive was imminent and Zapiro had found a way to capture that. But I couldn’t resist calling the ANC and asking what they felt. Jessie Duarte was their spokeswoman at the time. I remember the conversation clearly – she had seen it, she was a little angry about it, and hell yes, she’d say something about it, on tape. As always, she gave a good soundbite, and I filed it for the next morning’s Eyewitness News bulletins. It seemed a minor story.

The next morning, it ran on the 6am bulletin, and suddenly the world went into overdrive. Callers, outrage, laughter, anger, frustration, the usual stuff of talk radio, just at a much higher level. The fact is the cartoon had summed up the emotion of the time. It wouldn’t have been so powerful otherwise. It called a spade a spade and perhaps that’s why so many people were so angry.

Now it looks as if we’re going to have a nice big national argument about this cartoon again. And there are times when I wonder if I did the right thing in phoning Duarte. I’m not saying this cartoon wouldn’t have been a big thing otherwise. I just wonder if this is really an argument for which we as a country are ready.

You may think I’m being slightly alarmist. After all, the law is clearly on Zapiro’s side. We would be very surprised if any judge in the country saw things Zuma’s way. The Human Rights Commission (which has a few people on it who know their way around the ANC’s deployment committee) have already ruled in favour of Zapiro. There’s the defence of opinion, of satire and of course, freedom of speech. There’s even the old defence of “jest”, which makes us wonder if you’re allowed to be hugely insulting to a politician, so long as it’s funny. Which would mean to call Julius Malema ugly might be illegal, but to suggest he laughed like a stuffed hyena may not.

But all of this could be missing the point. The fact is this national argument about the limits of freedom of speech is not going to be won on the iPads of the chatterati. It’s not even about what they think. It’s a battle that will be fought in Esselen Park, at Luthuli House, and crucially, at ANC branch meetings. Those meetings are not occupied by people who worry too much about the legal definition of offense. They are more likely to be angered afresh by the cartoon.

We’ve argued for some time now that the media has not presented its case well on this score. That for many people in this country it could appear that newspapers and websites and radio stations simply offend because they can, that they really are controlled by people who want to offend the democratically elected leaders of this country. Imagine how you might feel if someone drew Nelson Mandela with something as rude as that showerhead. Now imagine being a Zuma supporter and seeing that piece of brass literally four times a week.

Now your leader is suing. He’s doing what he thinks he should. But then he loses. And, in your view, that means there’s a problem with the law. And possibly with the judges as well. How can it be that someone can be so rude, so deliberately offensive to the president? Surely you should respect the president of your country? So then it’s obvious that the way to fix this is to bring in the media appeals tribunal.

You may think we’re being a little paranoid. But this case has the potential to be far more damaging than a simple little legal skirmish. It’s easy to see it being used to whip up popular sentiment against the commercial media. We should all watch it very carefully indeed. Happy 2011. DM