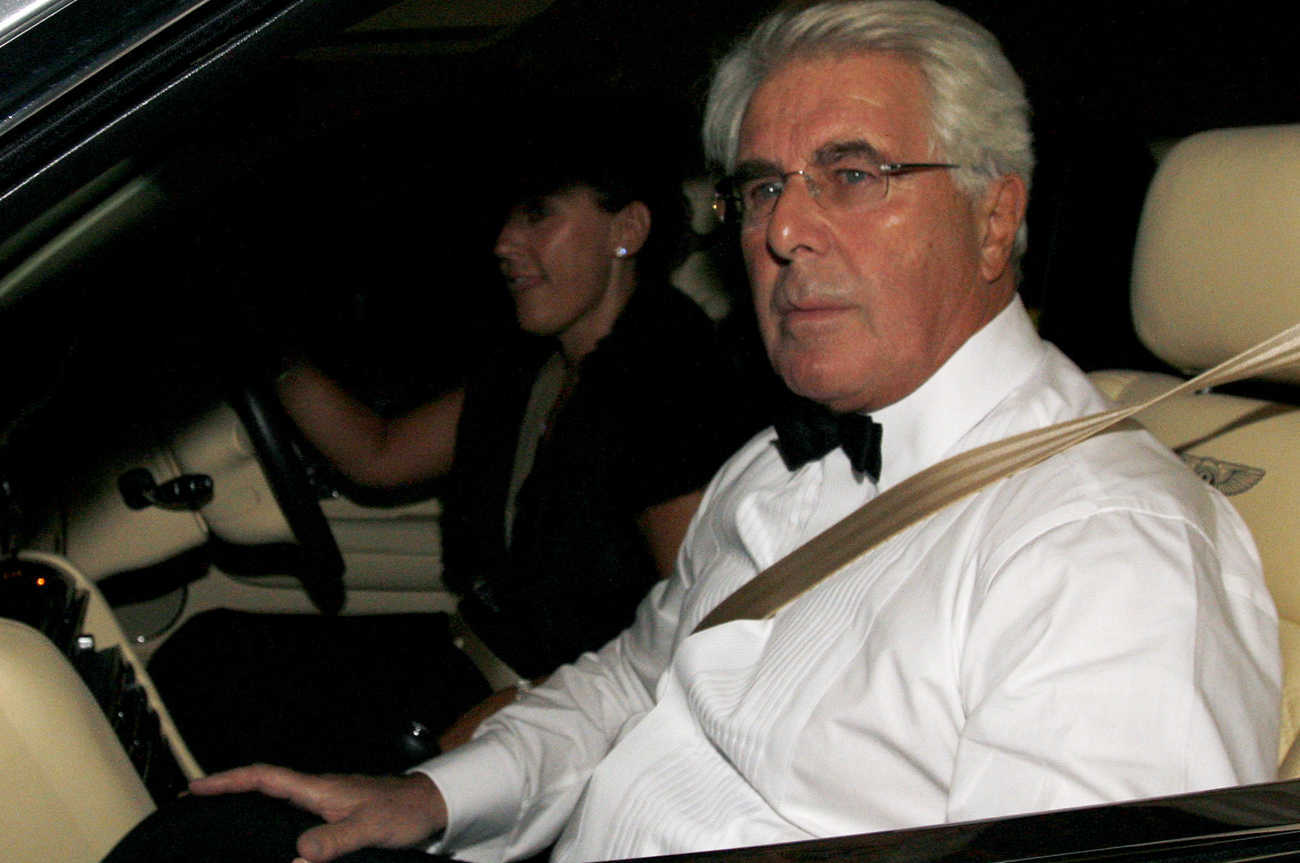 If you took a brief glance at Max Clifford's photo on his website, you might very well mistake him for a small-time televangelist, a cruise-ship entertainer or a two-bit life coach. The silver hair, the deeply-tanned skin, the confident half-grin – he owns the look. But you'd be wrong: he's much more influential than any of those. Clifford is publicist to the famous (although “famous publicist” describes him equally well) and puppet-master of the British tabloid press. By THERESA MALLINSON.

Clifford founded PR agency Max Clifford Associates in 1970 and his long list of clients over the last 40 years includes Frank Sinatra, Muhammed Ali, Mohamed Al-Fayed, Simon Cowell, Jade Goody and Gillian McKeith among many, many others. His latest client is Shrien Dewani, the man accused of orchestrating the murder of his wife, Anni, during their honeymoon in Cape Town on 13 November. Dewani, who handed himself in to police on Tuesday after being implicated by taxi driver Zola Tongo as part of a plea bargain, appeared in court in the UK on Wednesday afternoon for an extradition hearing. He was granted bail, but will remain in custody for now, as the South African authorities immediately lodged an appeal against the ruling. The case is expected to in court again on Thursday.

Who knows how much Dewani is paying Clifford (although, considering he told The Observer back in 2003 that his clients paid him at least £10,000 a month, it’s certainly a whole lot more than the R15,000 he allegedly coughed up to have his wife killed), but the PR guru is already hard at work earning his fee. “I have met (Dewani). I have spoken with him. I have looked him in the eye. I have talked it through. I have asked him all the questions journalists have been asking and all circumstances and I totally believe him,” Clifford told Sky News on Wednesday.

The question is, whether we should believe him, considering it’s no secret Clifford plants embellished stories and outright lies in the British tabloid pretty much at whim. There was the invention about minor comedian Freddie Starr eating a hamster, the story about Tory minister and married man, David Mellor shagging actress Antonia de Sancha while wearing his Chelsea football kit (the sex part was true, the sartorial detail wasn’t) and the illusion of the David Copperfield-Claudia Schiffer romance.

According to Clifford: “(Dewani) will make it clear that he will do whatever he can to help truth and justice come out.” Okay then. The thing is, hiring Clifford isn’t an action one usually associates with someone wanting to help the truth come out. In fact, the spinmeister’s services are more often engaged with the intention of ensuring the exact opposite.

Richard Stott, reviewing Clifford’s memoirs in The Guardian, sums up the sway he holds in the British media: “Clifford is the king of the PRs. The man with all the secrets. The guy you go to when you want to kiss and tell. The guy you go to if you don’t want your ex to kiss and tell. Max will flog it. Max will cover it up. Max can always call in a favour. Max knows where the bodies are buried. Max has buried a few of them himself. Whose finger is on the trigger? Max’s. And big, bad newspaper editors offend him at their peril. So publish and be damned they don’t.”

And that’s the essence of Clifford’s business – for every story he brokers to the press on behalf of a client, there’s several more he shields from publication; not to mention others that he simply makes up to draw attention away from the real story. For example, Clifford has said he represents two gay Premier League footballers, neither of whom have yet been outed. In an interview with Louis Theroux, he boldly proclaims his strategy in such a situation: planting a story in the papers. “The most effective way for me would be to create a  (heterosexual) relationship… it would have to be a long-term one,” he tells Theroux.

Of course, often enough Clifford isn’t making up the sex stories, but dealing in them. He represented Rebecca Loos when she was negotiating with the press to sell the story of her affair with David Beckham but, like any good mercenary, he would’ve been just as comfortable working on Beckham’s behalf. As Stott notes: “(Clifford) points out that if Beckham had come to him he could have killed the story stone dead by the simple ruse of making sure he lent his mobile phone to an unmarried mate who then lied for him and said he sent the messages himself.”

On his company website, Clifford casts his role as “to promote and protect”. As he said in The Observer interview: “Most of what I do is not getting things in the media, it’s keeping things out. The bigger the star, company or organisation, the less important promotion becomes, and the more important protection.” It’s this latter task that is increasingly taking up his time. Speaking to Australian talk-show host, Andrew Denton, he says: “(Britain’s) got the most savage media in the world, so most of what I’m doing is trying to protect the people I represent who pay me fortunes from savage media.”

Clifford has crowned his long and successful (by some measures) career in PR, with the ultimate accomplishment: the spinning of his own persona. Terence Blacker, writing in the Independent, digs beyond Clifford’s slick words to the heart of how he operates: “Creepily, Clifford has managed throughout his career to portray himself as a humble yet saintly Robin Hood figure. Those were not sex stories he was selling: he merely believed in standing up for the underdog. His motivation was never money, but a sincere belief that those in public life should be held to account. No interview with Clifford is complete without reference to his support for the Labour Party or to his good works on behalf of charity. Once asked whether he could have been a politician, he modestly replied that he was not ruthless or corrupt enough. He is, in fact, the perfect, living embodiment of contemporary hypocrisy.”

Of course, it’s only certain British journalists who play to Clifford’s tune, and Blacker isn’t alone in his condemnation of “The Maximiser”. The 2009 British documentary “Starsuckers” was an expose of just how easy it is to sell fake celebrity stories to the British tabloids (as a teaser, one of the most ridiculous stories the film makers successfully planted was about Amy Winehouse’s hair being set alight). The film included secretly recorded footage of Clifford talking about his big-name clients and the strategies he uses to “protect” them. It’s no surprise the “Starsuckers” team received a letter from Clifford’s lawyers, although the threat of an injunction was never carried out. But the film makers weren’t deterred – the legal skirmish resulted in the release of a cheeky “Starsuckers” short earlier this year, entitled simply: “Call Max”.

The spoof infomercial opens with the voiceover: “Are you rich and famous? Got a scandalous past or embarrassing habit? Are you scared of being caught by the media? … Call Max … Max is ready and waiting to take your call. And for a small fee, he’ll do whatever is necessary to keep your secret safe.”

Many South Africans were suspicious when they first heard the circumstances of Anni Dewani’s hijacking and murder: they just didn’t add up. Even now with Tongo’s confession, chunks of the puzzle are still missing. But one of the pieces sticks out like a sore thumb: if Shrien Dewani has nothing to hide, why did he call Max? DM