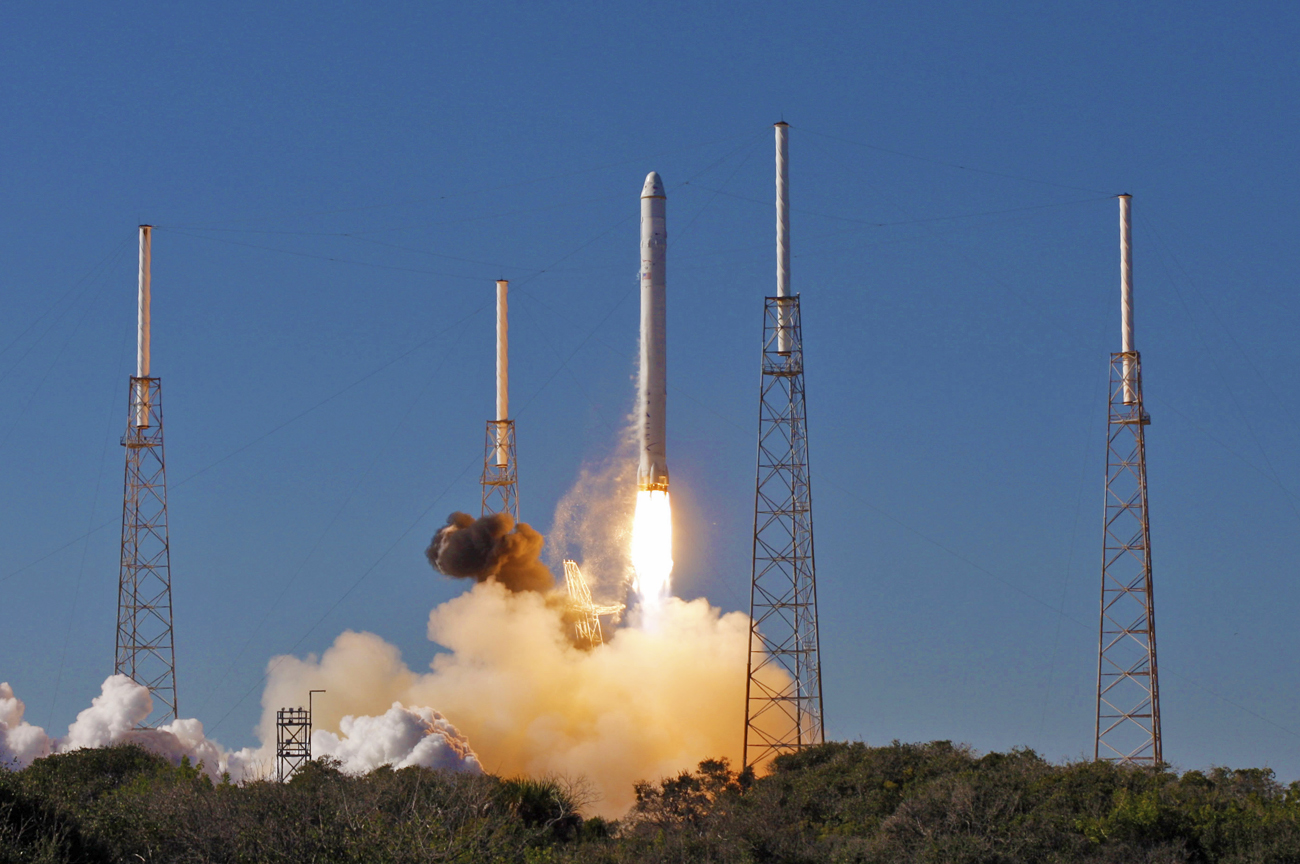 The Dragon capsule designed by Elon Musk’s Space Exploration Technologies became the first commercial space craft to orbit the earth. Unlike Burt Rutan’s SpaceShipOne, Dragon is a giant leap towards the goal of private corporations getting into the space travel business. By SIPHO HLONGWANE.

On Wednesday the Dragon parachuted down into the Pacific Ocean, three hours, 19 minutes and 52 seconds after it had been blasted into space by the liquid oxygen and kerosene propelled Falcon 9 rocket, orbiting the earth twice. The launch, space orbit and re-entry all went flawlessly. The big deal about it, of course, is that it was the first time that a commercially built spacecraft has been launched into low-Earth orbit.

The boffins behind the Dragon run SpaceX, a company founded in 2002 by the South African-born Elon Musk to some day commercialise space tourism. The mission was a demo for Nasa, which is thinking of giving out tenders to private companies to ferry cargo and possibly astronauts to the International Space Station. Nasa is on the verge of cancelling the Ares I rocket and its Orion crew capsule, designed to act as a ferry to the ISS, after congress cut funding to the space agency, and has begun searching for companies to take over some of its missions. According to The New York Times, SpaceX has a $1.6 billion contract with Nasa to make 12 flights to the ISS, and the space agency was reportedly very impressed with the demo orbit.

Joseph Fragola, an expert on spacecraft reliability who had initially been sceptical that a private company could meet Nasa’s safety requirements, said the flawless demo mission was a surprise. “In my gut, I expected some anomalies at least, but as of now there appear to have been none,” he said. “That was a surprise, given the challenging nature of the flight plan.”

Musk was a little more bombastic in his assessment of the mission. “Dragon has arguably more capability than Orion,” he said. “Basically, anything Orion can do, Dragon can do.”

The essential difference between SpaceX’s Dragon and SpaceShipOne – designed by Burt Rutan’s Mojave Aerospace Ventures with the backing of Microsoft co-founder, Paul Allen – is that SpaceShipOne never went into orbit and can’t reach the ISS. It went straight up and came straight down again and is, for all intents, a glorified airplane. Although the Falcon 9 rockets that lifted Dragon into orbit cannot propel it to the ISS either, SpaceX is now in a position to add a second-stage rocket to the spacecraft, which would launch it into the higher end of low-Earth orbit, in the region of 320km above the Earth’s surface, where the ISS is.

That is exactly what SpaceX plans for early next year. A second demo mission will boost Dragon to the ISS, but it will not dock. But after that, a docking mission will be made.

Elon Musk, also the founder of Tesla Motors, is one of a select group of gentlemen, dubbed the Paypal Mafia, who are considered the inspiration behind the rise of consumer-driven internet companies after the dot-com bust. The group is informal, its members all co-founders or early investors in internet payment company, Paypal, and who have gone on to start other revolutionary companies. Included in the group are Yelp’s Jeremy Stoppelman and Russel Simmons, YouTube’s Chad Hurley and Steve Chen, LinkedIn’s Reid Hoffman and Clarium Capital’s Peter Thiel. The Paypal Mafia invest in each other’s ideas and also have big money in companies like Facebook, Digg, Flickr, Last.FM and TokBox. DM