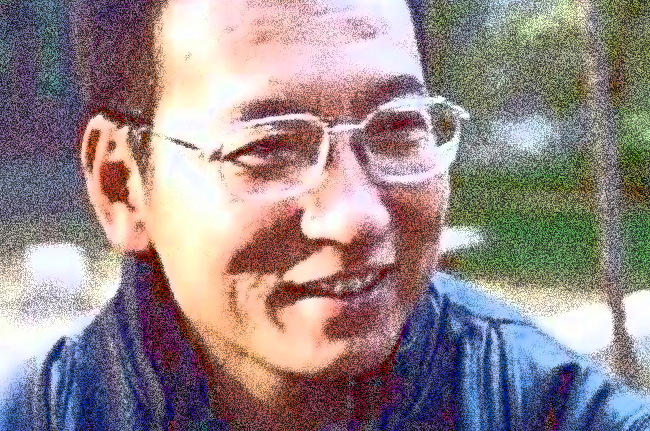 Mark December 10 on your calendar, and make sure that you’re nowhere near the small, Scandinavian country of Norway. If you happen to do business with China—or hope to one day—the Daily Maverick recommends steering clear of the entire northern hemisphere, just to be safe. It’s the Nobel Peace Prize party. And China doesn’t want you to attend.

The Nobel Peace Price is often a head-scratching affair. Last year, it was awarded to a junior politician who made some nice speeches and magically became the ruler of the free world, with nary a record for peace, or much of anything for that matter. This year, the award is difficult to contest, and yet it has become the most bitterly divisive in decades. Chinese writer and dissident Liu Xiaobo, survivor of the Tiananmen massacre and author in the main of Charter 8—a spirited and principled call for freedom and human rights in his homeland, boasting the beautiful injunction “We should end the practice of viewing words as crimes”—is as deserving a recipient as one could imagine.

Liu won’t be there to receive the award; he is, of course, serving out an eleven-year sentence for subversion, handed down last year on Christmas Eve (a Chinese ploy to minimize the outrage by doing their nasty work on the day the international media takes off.) Liu has never backed down, has never capitulated, and has continued to stand behind his work, thus growing in stature both at home, and abroad. In short, he’s Beijing’s ultimate whipping boy.

Flash forward to October 8, 2010—Alfred Nobel’s successors decide to award the prize to Liu “for his long and non-violent struggle for fundamental human rights in China.” The committee insists that China’s meteoric economic rise demands a commensurate increase of responsibilities. What’s more, “Article 35 of China’s constitution lays down that ‘Citizens of the People’s Republic of China enjoy freedom of speech, of the press, of assembly, of association, of procession and of demonstration’. In practice, these freedoms have proved to be distinctly curtailed for China’s citizens.” Liu thus becomes a symbol of the struggle for those rights.

China, if you’ll pardon the expression, saw red. Norway was threatened with severe repercussions, and this petulance has real world consequences—contracts with Norwegian companies have been cancelled; diplomatic relations have been all but severed. China continues to insist on the award’s illegitimacy, and has not merely called for a boycott of the ceremony, but has been doing its fair share of diplomatic arm-twisting to ensure a denuded turnout. (The Daily Maverick would love to see those cables.)

So far, those not showing up for the canapés and vol-au-vents include Pakistan, Iran, Sudan, Russia, Kazakhstan, Colombia, Tunisia, Saudi Arabia, Serbia, Iraq, Vietnam, Afghanistan, Venezuela, the Philippines, Egypt, Ukraine, Cuba and Morocco. (This is sort of like your gangster uncle and his hooker wife angrily refusing to attend your daughter’s bat mitzvah—not exactly a coterie that will be missed.) However, the absence of Navi Pillay, the U.N.’s High Commissioner for Human Rights, is more worrying. Pillay insists that she has a “previous engagement”—a major human rights event in Geneva (nope, we haven’t heard of it either). Which seems a poor excuse, considering that the Peace Prize is always handed out on December 10. Worse, U.N. Secretary General Ban Ki moon has not pressed China for Liu’s release, nor has he congratulated the dissident on his win. (Pillay, however, did castigate China after the 2009 sentencing.)

Yang Jianli, Liu’s representative before the Nobel committee, has said, “Ms. Pillay’s decision is a clear and unequivocal abdication of her responsibilities as high commissioner, which I believe resulted from direct pressure from the Chinese government.” Indeed, Chinese pressure has been considerable, and it stands to reason that there’ll be further refusals, and some on-the-day no-shows.

That said, 44 nations have accepted, and Geir Lundestand, the Nobel committee’s secretary, told the BBC that “important” countries like Brazil, Indonesia, India and South Africa, would be in attendance. Indeed, this is exactly the sort of imagined contretemps that made the ANC queasy about terminating the apartheid-era trading relationship with Taiwan in favour of doing business with the Chinese. Having tub-thumped human rights for so long, our fearless leaders are behaving fearlessly, earning their plates of Norwegian char. It will be, after all, a distinct victory to see a full complement of the BASIC nations, minus the pouting Chinese.

There will, sadly, be one more no show. Liu Xiaobo will be otherwise occupied serving out his sentence, and will not be in Norway to collect his million quid payday. This makes him but the second recipient not to accept the prize in person. The first? That would be Carl von Ossietzky, the German pacifist who was barred from attending the 1935 ceremony by the Nazis. That’s an interesting historical precedent, one that the Chinese should take as a sharpest rebuke of them all. DM