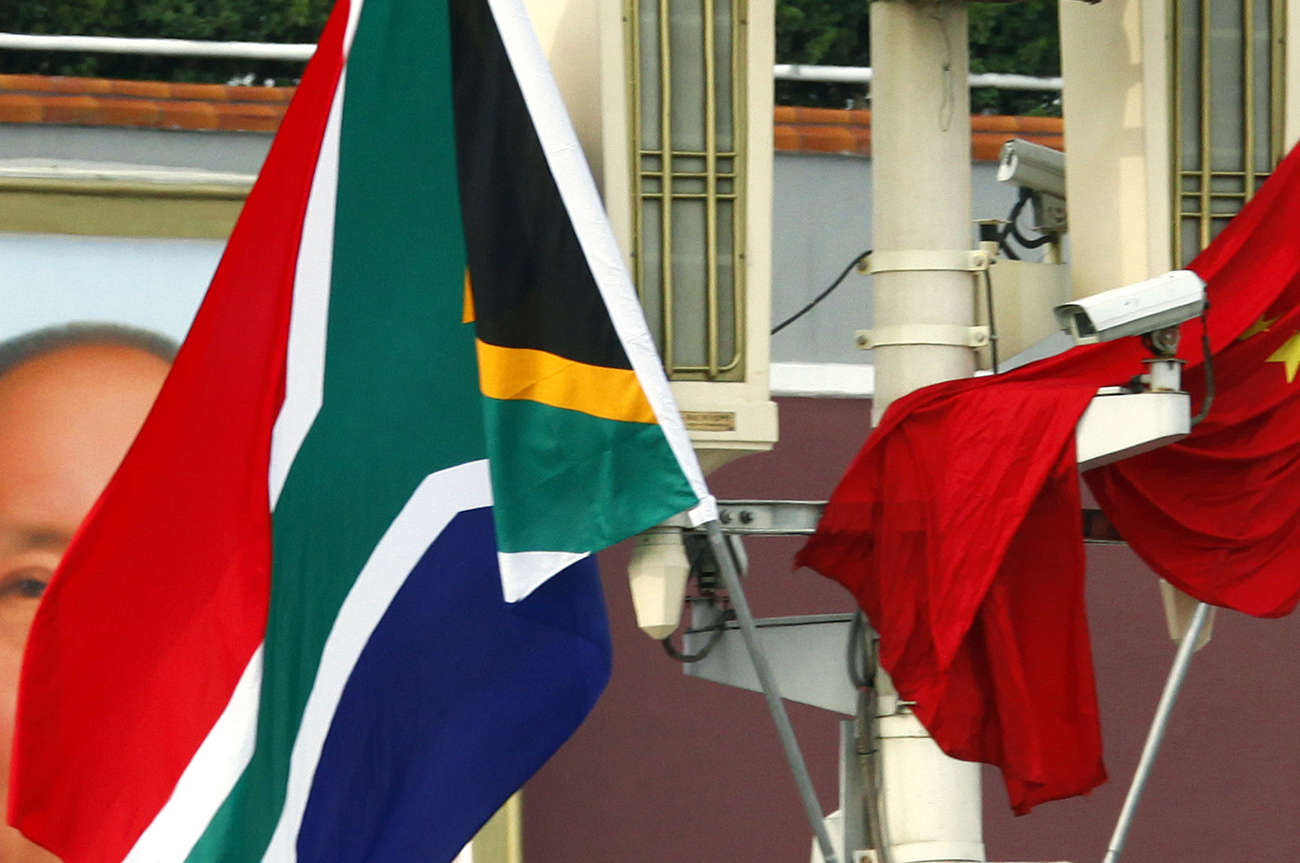 The largest-ever Greater China product exhibition on the African continent ends on 3 December at Gallagher Estate, Midrand. With 600 exhibitors, mostly from mainland China, and 9,000 registered buyers, mostly but not exclusively from South Africa, the fair represents a milestone in China-Africa relations. From here, it only gets bigger. By KEVIN BLOOM.

We know that trade between China and Africa has increased ten-fold over the last ten years. We know that the value of such trade in 2010 is expected to hit $110-billion. We know that China imports vast quantities of oil from the continent, as well as timber, copper, gold and other commodities. We know that Africa, in return, imports Chinese-made electronics, household appliances, textiles, fashion accessories and toys. What we may not fully know (perhaps the stats are too mind-numbing?) is the exact extent of Chinese domination over the African marketplace, or precisely how African buyers, traders and importers purchase Chinese goods.

In January 2010, trade publisher and trade show organiser Global Sources conducted a survey to better understand the sourcing methods of African buyers, and to identify the role Chinese suppliers play in such sourcing. Of the thousands of companies surveyed, it was found that 74% currently import from China, a number expected to rise to 99% in the next year. Almost 60% of these companies said that over half the products they expect to buy in the next 12 months will come from China, and 91% said that to remain competitive they’ll be buying more from China than in previous years. Unsurprisingly, 81% said that the critical factor in choosing Chinese suppliers was “price”, with 72% citing “quality” (“good communication” came in at 40%, and “credit terms” at 25%). The annual import value of the African companies that took part in the survey extended all the way from over $50 million to less than $500,000.

Believable? Maybe, maybe not. In favour of the latter option is the fact that Global Sources is the very company that’s hosting the China Sourcing Fair at Gallagher Estate in Midrand, and so has everything to gain from talking up the statistics. In favour of the former is the fact that the 2010 China Sourcing Fair, hosted by Global Sources, is the largest Greater China products exhibition ever held on the African continent.

In an interview with The Daily Maverick, Global Sources Exhibitions president Tommy Wong put it gently in perspective: “Based on what we have found, African countries have manufacturing bases that are comparatively backward. However, after China entered into the World Trade Organisation in 2002, we became the factory of the world. Product quality, since we joined the WTO, has been greatly enhanced.”

Wong’s company, a primary facilitator of trade with Greater China (where profit is concerned, the political divisions between the People’s Republic and Taiwan don’t always intrude), operates yearly events in Hong Kong, mainland China, Singapore, India, Dubai and Miami. When the company looked at Africa, they decided that there should be one trading hub – Johannesburg, South Africa, was the obvious choice; the event that’s run from 1 December to 3 December in Midrand is the result of that decision.

At a cost of $4,500 a booth, said Wong, 600 exhibitors have signed up for 640 booths. There are exhibitors from China, Korea, India, Taiwan, Turkey and the Philippines, but 85% are from China. By noon on Thursday 2 December, close to 9,000 buyers had registered, and some of the bigger South African names included Edgars, Woolworths, Makro and Pick ‘n Pay.

Aside from assisting with logistics – safely hauling a few tons of bathroom fittings from Shenzhen to Joburg can’t be easy – Global Sources also arranges for exhibitors to get from the airport to the hotel, and from the hotel to the exhibition venue and back. Which means Wong is in a good position to comment on what the Chinese suppliers, most of whom have never been to the continent before, think of South Africa. “The perception of Africa in China is that it’s backwards and undeveloped,” he said. “But coming in on the highway, people say, ‘Oh, Western country!’ They see adverts for multinationals like Toyota, Mitsubishi and Mercedes, they see the cars on the roads, they see Sandton City. They see that this should be a good country to do business.”

What’s also helped has been the recent state visit of Chinese vice premier Xi Jinping. Traditionally, Chinese traders look to the central government for the go-ahead on a course of action, and the thumbs-up from the second-in-command of the People’s Republic has apparently been a significant boon. Noted Wong: “Xi Jinping’s visit gave a sign: ‘Oh, the government will be there. I should follow.’ Otherwise they would think that Africa is too far from China to do business safely.”

Until the close of business on Friday 3 December, you’ll be able to see stalls in Gallagher Estate with names like “Quanzhou Amaze Imp. & Exp. Trading Co. Ltd.” You can stop in at “Yiwu Victoy Plastic and Rubber Manufacturing,” where you can order thousands of bouncing balls that glow in the dark. At “Ningbo Welly International” you can buy Christmas stockings in bulk, and you can shop around for the cheapest textiles on offer from dozens of mainland suppliers. In the next hall over the electronics are on display, and a seemingly endless array of companies – mostly from Shenzhen – sell Chinese-brand cellphones, flat-screen TVs, sound systems, electronic razors, two-way radios, voice recording devices and (no kidding) Cuban-sized electronic cigars.

Does Africa need to be flooded with all of this stuff? Is there an aching necessity here for rubber toys that will take thousands of years to biodegrade? The question, in a sense, is moot. As hundreds of millions of Africans – spurred on by Chinese foreign direct investment – join the ranks of the middle class, large swathes of the continent are entering the consumer economy. Like Wong says, “China is the factory of the world.” And Africa, it seems, is China’s new favourite customer. DM