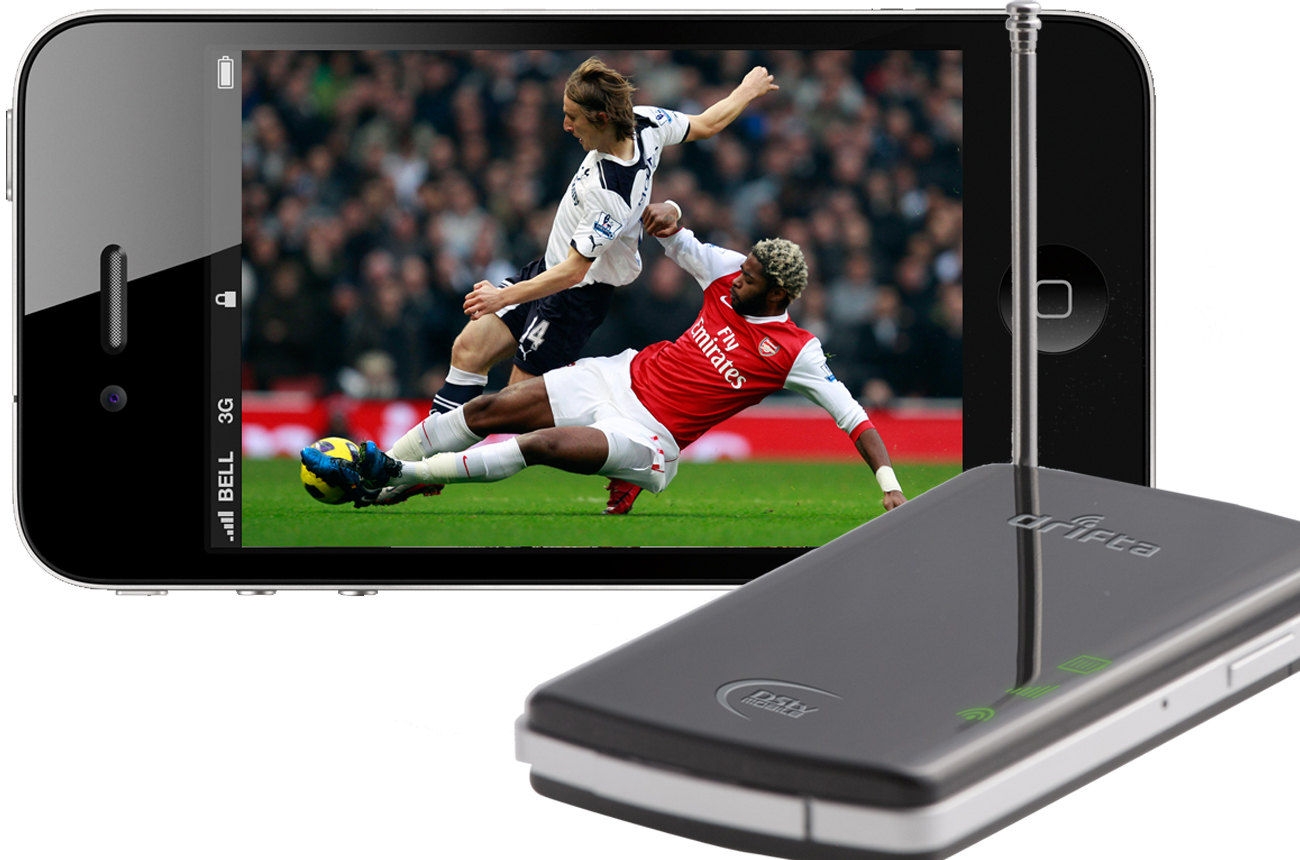 MultiChoice's newest launch, DStv Mobile is probably a one giant leap for the Naspers-owned company, but still only one small step for South Africa. By SIPHO HLONGWANE

It’s really the next logical step for MultiChoice – DStv on your cellphone, wifi-enabled gadget or your PC, though not quite on the grand scale of choice you get if you buy a regular TV package. It’s attractively priced too.

The new mobile TV broadcasting system announced on Tuesday by MultiChoice South Africa will be called, well, DStv Mobile and is the first of its kind in the country. Based on newly developed technology called Digital Video Broadcast Handheld (DVB-H), MultiChoice promises it will deliver excellent sound and picture.

The good news first: the service is digital terrestrial broadcast and works on the same principles as free-to-air TV (SABC channels and etv) – not to be confused with DStv’s online streaming service, which works via 3G networks. Head of product development at DStv Mobile Bradley Daniels said there would be a transmitter in the area, and everyone in the area is covered by the signal and can receive it if they have a DVB-H enabled mobile device. And it’s completely free. Until the end of March. At which point, it’ll start costing you R36 a month. If you’re a DStv Premium or a DStv Compact subscriber, DStv Mobile will be free for a year longer after April 2011.

“What we’ve realised is there are too few DVB-H mobile devices on the market, so we’re offering Drifta, which is a decoder,” Daniels said. “It’s about the size of a cellphone. What Drifta does is it receives the DVB-H signal and converts it to wifi, which it then retransmits to a wifi-enabled phone. Other wifi devices the Drifta works for are the iPhone 3 and 4, the wifi enabled iPod Touch and the iPad.”

The Drifta decoder can be plugged into a PC as well, via a USB port, and will be sold by MultiChoice at R599. Daniels said the viewing application for your PC comes on the standard disk, and once the software is loaded, you’re ready to rock ’n roll. A statement by Multichoice claims if you don’t want a Drifta decoder and want to get DStv mobile directly on your phone, you’ll have to get a Nokia 5330, Nokia N96 or a ZTE F900. DStv Mobile says that they are in negotiations with manufacturers to get more DVB-H mobile phones in the market.

Be warned, however. There’s a catch. You need a TV licence to purchase a DVB-H phone. You don’t need one to get a Drifta decoder. Just saying.

And now, the bad news: the choice of channels is poor, to say the least. All you’re getting are four Supersport Channels, the music channel Trace, African Magic and the Cartoon Network. For now, you won’t be able to select channels you want, which at a glance, puts the offering squarely in the sports jock market. According to Daniels, they could only offer so many channels, as they were limited by the fact that the band on the terrestrial broadcaster is very limited, giving them the 15 channels only, six of which they are sharing with e.tv.

According to TechCentral, “there will also be a free bouquet of channels offered by e.tv. This will offer eNews Channel, Channel O and, later, the e.tv channel itself.”

Daniel said this was only the beginning, and that they’d given themselves enough space to add content as they began to understand the needs of the mobile TV market and adjust to provide the appropriate service.

MultiChoice obtained the licence to test mobile broadcasting in 2005 and have since pumped quite a bit of nick into the infrastructure (by their own admission, it will be some time before they see return on investments), so on their part at least, they believe the service is viable. At a once-off price of R599 and a subsequent R36 a month, the Drifta decoder option is the more attractive offer as it allows the option of using it on several devices which have larger screens than a cellphone. DM