Of Superman ministers and developmentally-aligned broad...

Of Superman ministers and developmentally-aligned broadcasters 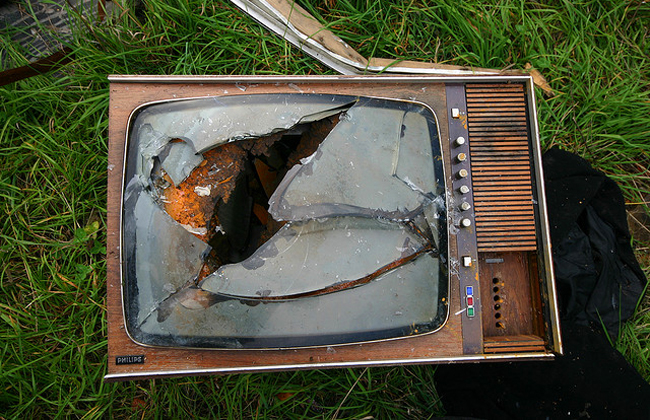 There seems to be a lot of frightening legislation doing the rounds, which naturally means some drafts don't get the attention they deserve. But, not to be alarmist or anything, you need to have a look at the proposed new law on public broadcasting. Seriously. By STEPHEN GROOTES.

A rough reading of the Draft Public Services Broadcasting Bill is one of those exercises that makes one wonder who writes these things. How is it actually done? Does a minister say, “I want to do this and this, now you go and put it into legal language”? Is there a brainstorming session with a whiteboard and shouted ideas? Is there a process; is there any kind of thought at all?

At a recent press conference, Cabinet spokesperson Themba Maseko was asked how some clauses get into bills. It was a question really aimed at the “Protection” of Information Bill. His answer, clearly put, was that “no clause gets into a Bill by accident”, it’s there for a reason. Well, dear reader, if that is the case, the following is going to make for some chilling reading.

The NGOs, bless them, have done their homework on this Bill, and their first issue is right up front, in the statement of aim. This Bill, it says, will repeal the current Act that governs public broadcasting “so as to align the broadcasting system to the developmental goals of the Republic”. That’s right, the first unconstitutional piece is right at the top of the Bill. Because this surely means that broadcasters need to work to “develop” the country. And who defines “development”? Well, we’re not sure, but we can bet it’ll put Snuki Zikalala’s “developmental journalism” into a cocked hat.

As the legal people from the Centre for Constitutional Rights put it, this clause is an expression “of the government of the day, of a political party”, and thus cannot be included.

Here’s the kicker. The new communications minister, Roy Padayachie, who was thought to be a new broom, used exactly that phrase “align with the developmental goals of the republic”, in his prepared media statement, during his press conference last week.

Don’t worry, it gets worse. For those who think that the country has learnt to live without a competent SABC, and that community broadcasting can do the job, well, someone with a fetish for Newspeak and control has climbed in here. Because community broadcasters, those tiny radio stations with a 100-kilowatt transmitters, to quote the Bill “shall be partnership with municipalities”. That’s a direct quote, and yes, it looks like they used the Youth League’s typewriter.

So, and we really can’t see an alternative interpretation here, this means local councils would get a say in governance, and thus editorial content, of the radio stations that would, in an ideal world, monitor their performance. As the Save our SABC coalition’s always-eloquent Kate Skinner puts it, “What happens if you need to be critical, and you do need to be critical, and you’ve got this to deal with?”

The whole point of community stations was so that communities would have the freedom to speak for themselves, not through some council that is possibly already in the grip of the tenderpreneurs.

But that’s not all, it gets worse still. Everything you’ve heard about the minister of communications being given too much power is absolutely true. As Media Monitoring Africa’s William Bird put it, “the minister is given powers Superman would wish he had”. It’s a colourful way of putting it, but true. For a start, the minister gets to intervene very easily. When it comes to the SABC he can act when the corporation “has acted unfairly, or in a discriminatory or inequitable way towards any person to whom it owes a duty under this Act, or any other related Act”.

Now that’s what they call legal latitude. The phrasing neatly covers everything from a radio host who feels his contract should have been extended, to a listener from a klein dorpie who feels that they don’t play enough music by Die Antwoord. It’s breathtakingly over-broad.

The minister would also get to recommend that the Independent Communications Authority of South Africa impose certain fines on broadcasters if they break the regulations imposed on them. So, if he wanted, he could pick on a station seen as hostile to the ANC, and basically triple a fine for blasphemy as a punishment for some perceived slight. It’s just begging for the politicisation of broadcasting regulation. Take a look at Hugo Chavez’s Venezuela to see how that ends.

The public hearings that were held this week were a litany of condemnation for this Bill. That is partly the point of holding public hearings in the first place. But there are two organisations that this Bill affects the most: Icasa, and the SABC. Icasa was due to present on Monday, but didn’t pitch up. No explanation was given. The SABC just didn’t make a submission at all. The department of communications says that’s not a problem; they’re in communication with them anyway. Outside of the bright lights of public scrutiny, clearly.

Some people will read this and suggest we’re being alarmist. Just remember one thing: none of these clauses is in this Bill by accident. Go on, read it yourself. DM