US electorate quantifies its anger, delivers huge victory to Republicans 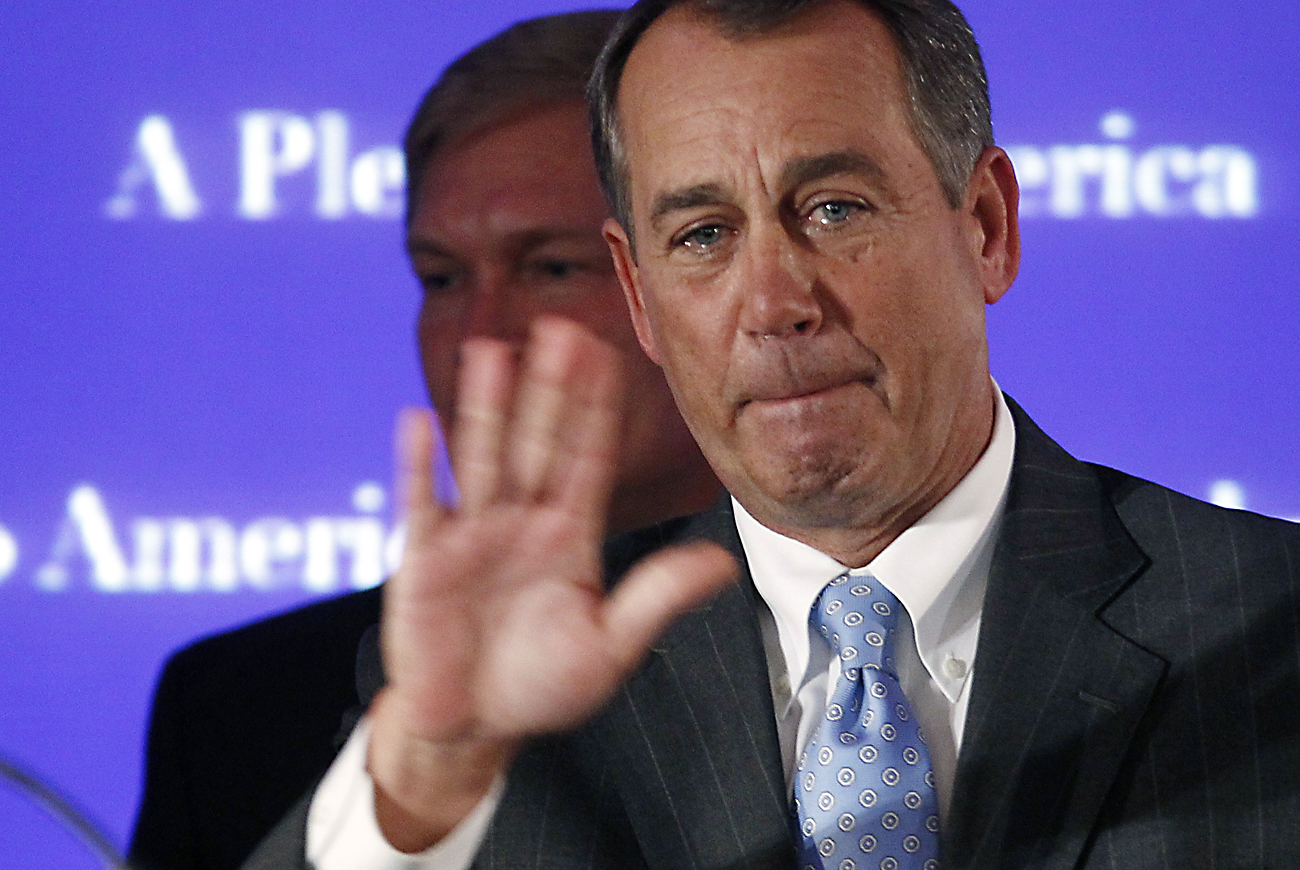 As Americans went to the polls in the millions, a major shift in party balance in the House of Representatives was taking place, even as Democrats held on to key seats in the Senate to barely keep control. Democrats lost a majority of gubernatorial races this year, but retained some important state governorships. By J BROOKS SPECTOR.

The overall result was increasingly shaping up as a rebuke to President Barack Obama as voters were “rejecting Democratic policies because they haven’t worked”, in the words of the number two Republican in the House of Representatives, Eric Cantor. Speaking on CNN early in the morning, Cantor still wouldn’t commit himself to Republicans actually killing off any federal programmes – only advocating a “roll-back” of federal spending to 2008 spending levels.

Quick off the mark, and honing in on Republicans’ ability to deliver an enthusiastic base of supporters (and the Democrats’ apparent inability to deliver theirs) The New York Times – normally supportive of Obama and the Democrats – opined that: “Voters in Tuesday’s elections sent President Obama a loud message: They don’t like how he’s doing his job and are even angrier at Democratic leaders in Congress. The Republicans spent months fanning Americans’ anger over the economy and fear of ‘big government’, while offering few ideas of their own. Exit polls indicated they had succeeded in turning out their base, and more, that the Democrats had clearly failed to rally their own.”

Republicans were cheering a probable net gain of more than 50 seats in the House of Representatives, giving them firm control of the lower chamber of America’s Congress. In addition, Republicans are cheering their defeat of veteran Senator Russ Feingold of Wisconsin, and wins in previously Democratic-held seats in Indiana, Arkansas and North Dakota, and most likely Pennsylvania and Illinois as well.

However, some Democratic senators, like Nevada’s Harry Reid and Barbara Boxer, came off the “death watch” and scored surprising victories, keeping the Senate just barely in Democratic hands. Reid clearly benefited from last-minute efforts by the service worker unions in Nevada who have been a reliably strong base of support for him in previous elections. At the gubernatorial level, Republicans made major inroads against Democratic incumbents – and previously Democratic Party-held seats as well.

In the House of Representatives in particular, the certain-to-be-elected Speaker of the House, John Boehner, speaking emotionally through some real tears, even while the results were still coming in, offered a cautious line of cooperation to Democratic President Obama, but insisted that a Republican-flavoured Congress’s key task was to cut government spending and focus on the economy and jobs. Needless to say, Boehner’s and Obama’s proposals and prescriptions have been – and will continue to be – rather different on this score.

Nonetheless, Democratic strategists like Paul Begala were already on TV news channels advocating a way forward to a new Democratic strategy. Begala urged his fellow party members to find the fault lines between old-style Republicans and the new Tea Party movement-inspired insurgents so as to aim for modest victories on key spending and economic policies in future, even in the face of this incoming Republican tide.

Republicans have clearly benefited from Barack Obama’s inability to connect with a worried electorate. Worse for Obama has been his inability to convince the electorate that his economic policies were the right ones for the country’s continuing malaise and unemployment, and that his policy priorities for healthcare, financial reform and infrastructure renewal were right in this economic climate.

Numerous, but not all, “grass roots” Tea Party conservatives claimed victory. Sharon Angle and Christine O’Donnell in Nevada and Delaware went down, even as Rand Paul won big in Kentucky. Meanwhile, the much touted potential impact of major personal spending sprees by two former business executives and Republican candidates, Meg Whitman and Carly Fiorina in California for governor and senator, didn’t happen. Democrats Jerry Brown and Barbara Boxer won out in the end.

In foreign policy terms, while it is too soon to make precise predictions, observers will be looking for Republicans to attempt to rein in spending wherever they can – targeting programmes with less support domestically – meaning pressure on foreign aid-style appropriations. All appropriations (spending bills) must originate in the House of Representatives, according to the US Constitution, and with this chamber in Republican hands, and with Republicans eager to cut spending, proponents of foreign assistance programmes will have their hands full defending them.

Of course, the other part of the standard Republican ideology is a strong, assertive defence posture. That might end up meaning an up-tick in Pentagon spending in spite of pressure to cut government spending. Republicans are in something of a dilemma on this one – the Tea Party types are eager to cut all spending, but Republicans interested in continuing to assert an activist foreign policy stance (vis-a-vis China, in Afghanistan, on global terrorism) will need to support more spending in those areas.

One possible area of cooperation could be international trade negotiations – especially if they can be characterised simultaneously as both pro-business, export-driven proposals and as job-creation policies.

Even at this early time, two things are certain: Barack Obama’s days are going to be much more interesting, and much more difficult in the next two years; and the real battle for the Republican nomination for the presidency for the 2012 election starts today. Politicians such as Sarah Palin are going to be counting all the chits they have collected in 2010 as they campaigned for Republican candidates during this just-completed election. DM

For more read The New York Times editorial on the results as well as wall-to-wall, continuing coverage in all major newspapers, Internet sites for TV news, opinion magazines, blogs and polling.