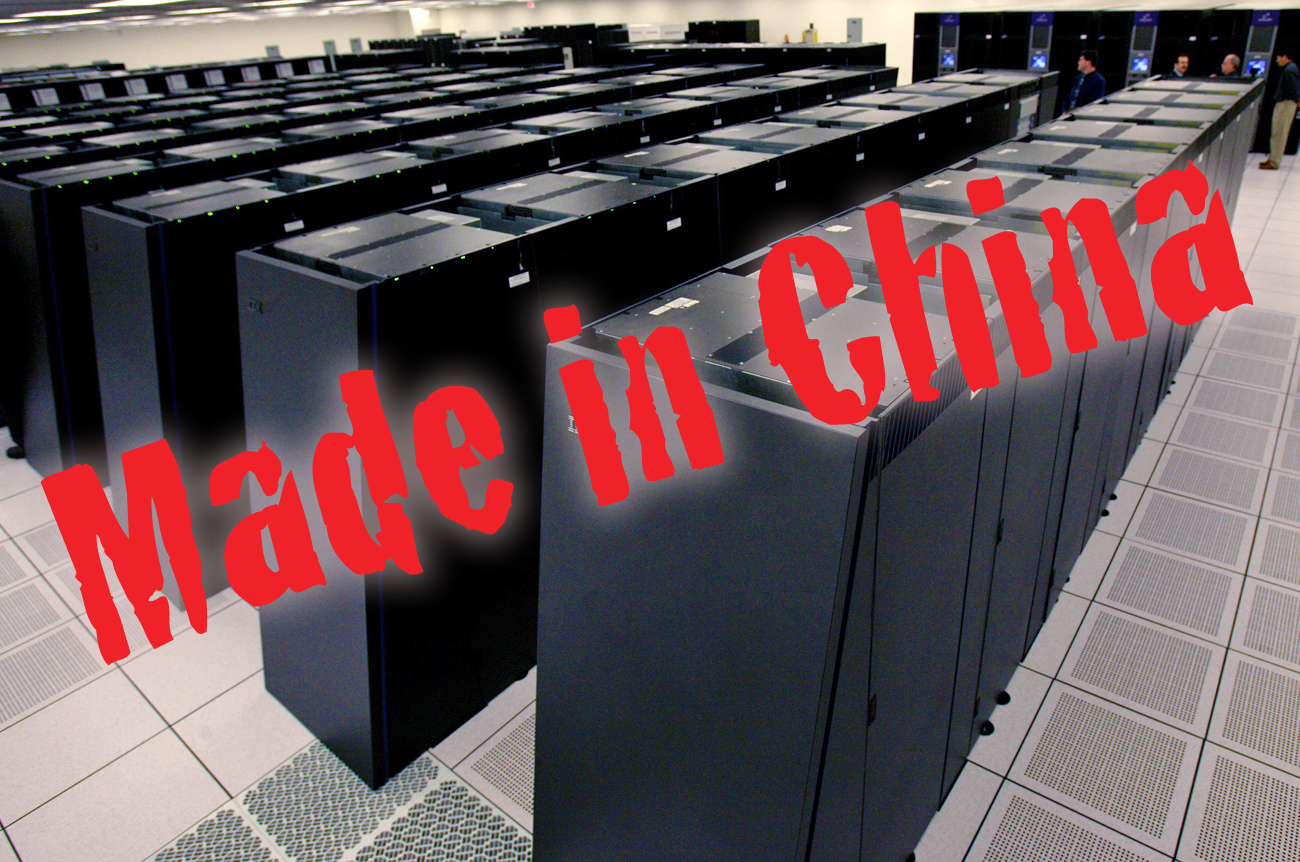 Now, we don’t hold much stock by petty jealousies or silly rivalries, but we think the fact that the most powerful computer in the world is in China will not go down well in the US, especially among those of a Sinophobic disposition. By SIPHO HLONGWANE.

Tianhe-1A (a.k.a “Milky Way”) is the world’s new fastest supercomputer. At a “sustained computing speed of 2,507 trillion calculations a second,” according to AFP, it is 1.4 times faster than the previous holder of the record, the Cray XT5 (also known as the Jaguar, the Cray at least one-ups the Milky Way in the “cool nickname” rankings) in Tennessee. “Milky Way” is housed in a laboratory at the National University of Defence Technology in Tianjin, 133km southwest of Beijing, weighs 155tons and covers 1,000m2.

This supercomputer is so stupendously powerful, there is no way you can compare it to the PC on your desk without perhaps utilising Deep Thought.

According to Wired.com, the Tianhe-1A runs on a combination of central processing units and graphics processing units to create the world’s most powerful machine. “The performance and efficiency of Tianhe-1A was simply not possible without GPUs,” said Guangming Liu, chief of National Supercomputer Centre in Tianjin. “The scientific research that is now possible with a system of this scale is almost without limits; we could not be more pleased with the results.”

Rather unsportingly, Tianhe-1A will not be used to discover the answer to life, or to start nuclear wars. Rather it will have the pedestrian function of making calculations for scientific study. Photo: World chess champion Garry Kasparov rests his head in his hands as he is seen on a monitor during game six of the chess match against IBM supercomputer Deep Blue , May 11. The supercomputer made chess history Sunday when it defeated Kasparov for an overall victory in their six game re-match, the first time a computer has triumphed over a reigning world champion in a classical match. Kasparov resigned after 19 moves. (Reuters)

Milky Way was unveiled in Beijing on Thursday, which is pretty timeous, as the official list of the world’s top 500 supercomputers is due in a month’s time. Technically, it wouldn’t be the first time an Asian machine knocked an American one off the top spot. In 2002 the Japanese briefly held the record when they built a machine that was more powerful than the top 20 American machines put together.

The supercomputer came into the world when Cray Inc, founded in 1972 by Seymour Cray, built the Cray-1 system in 1976. Cray computers have always had a larger-than-life personality, being primarily occupied by meteorological studies, scientific research, ballistics stuff for the military (someone had to figure out how to guide those ICBMs) and the like. Oddly, it was only some 21 years later that IBM’s Deep Blue managed to beat world chess champion, Gary Kasparov.

The world’s most powerful computer statistic is a bit like the 100m world record – it’s only a matter of time before another computer knocks Milky Way off its pedestal. America’s answer to China’s challenge should be nothing short of amazing. DM

Main photo: The BlueGene/L supercomputer is presented to the media at the Lawerence Livermore National Laboratory in Livermore, California, October 27, 2005. The BlueGene/L is the world’s fastest supercomputer and will be used to ensure U.S. nuclear weapons stockpile is safe and reliable without testing. The BlueGene/L computer made by IBM can perform a record 280.6 trillion operations per second. REUTERS/Kimberly White.