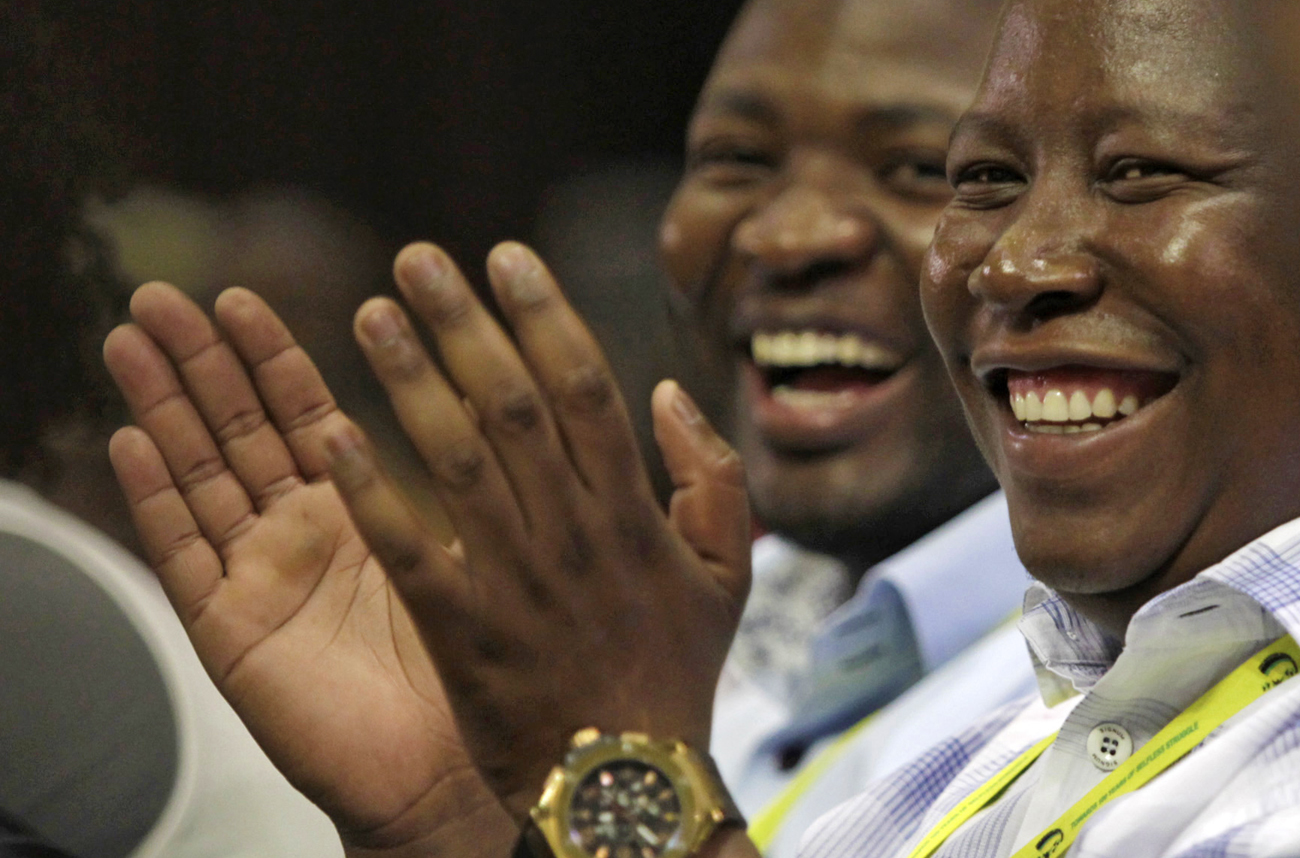 We all know the story. Malema has done everything in his power to piss off the middle class. He’s said heavy things, pushed all the right buttons and slaughtered all the holy cows of reason - and he’s been able to get away with it because he successfully branded himself as the voice of the ignored. And the poor believed him. But what is that adage again about fooling all of the people? By SIPHO HLONGWANE.

Oh dear, Julius Malema in the news again. This time though there’s a distinct difference to the story being spun. The ANC Youth League has made a blunder which may cost them serious political pull with Malema’s spiritual constituency: the poor of South Africa.

To put it all in context, we need to look at the Youth League’s chosen mode of communication first. If there is a slur or bad word that has not been used to describe enemies in Youth League media releases, we’d like to know about it. Penned by the Youth League’s infamous spokesman Nyiko Floyd Shivambu, they often read like deliberate satire (one of the recurring debates in The Daily Maverick newsroom is whether or not the bad grammar and spelling mistakes are deliberately inserted to make the Youth League look like it’s down with “the masses”).

The release on 24 October was strangely meek. “The African National Congress Youth League has noted the spiteful reports by some Newspapers that the ANC Youth League has not fulfilled the pledges it made to various causes and people. We do not want to repeat some of the allegations carried in the Newspapers, but will categorically clarify the following…” The release then goes on to state that the R60,000 promised to Caster Semenya had been given to the athlete, plus another R60,000 on top. Mbulaeni Mulaudzi and Khotso Mokoena have also been paid.

Then it gets interesting. In his capacity as the Youth League president Malema promised shoes for its children at a school in Thohoyandou, and 50 wheelchairs for a special school in Mthatha. Neither had seen any action by the Youth League since 2009.

The Bobs For Good Foundation pitched up at the Makanyu Primary School in Thohoyandou after newspaper reports that the 200 pairs of shoes promised to the school’s children in January 2009 had not yet been delivered 18 months later. The foundation delivered 282 pairs of shoes at a cost of R28,000. The foundation’s managing director Ron Rutland said it had decided to act after readers of The Star newspaper told them. “We didn’t talk to the Youth League about this,” Rutland said.

Nthambeni Ramanyimi, the principal of Makanyu confirmed Malema had promised to arrange a donation of 200 pairs of shoes in January 2009 for the children, but provided no timeline on delivery, and told the principal to contact the local councillor, who would liaise with the local Youth League leader. Shivambu said the Youth League had tried to arrange delivery to the school, but “discovered” that Bobs For Good had done it for them already.

This wasn’t the only instance when a third party had stepped in to mop up where the Youth League had seriously mucked up. According to the Witness in KZN, on 23 October 2009, the Youth League had promised 50 wheelchairs to the Ikhwezi Lokusa Special School in Mthatha, which were promised to arrive by Christmas that year. However, they never turned up. The Daily News in Durban led with the story a week ago and, under the auspices of LeadSA, decided to get involved.

Editor Alan Dunn said the Youth League had put down a R55,000 deposit with Mr. Wheelchair in Durban last year, but never came through with the remaining R453,000. “Malema promised the school in October [2009] that they would be in wheelchairs by Christmas,” Dunn said. “We’ve run two stories on this issue before, and either contacted or tried to contact the Youth League each time. When we ran the one last Wednesday, Shivambu said that, at that stage, they were not going to pay the rest of the money. This morning, he released another statement saying that they would pay by the end of November.”

Dunn said, after an interview on 702 Talk Radio (also part of the LeadSA project) last week, they had seen a “very good response” as ordinary South Africans donated money to fulfil the rest of the bill. “As of this moment, we’re around R35,000 and more money is coming in, thanks to all the coverage,” he said. “This is not about Malema. We’re not making a political thing out of this. It’s about those children who don’t have wheelchairs.”

Shivambu denied the allegations that his organisation had reneged on its promises in a taped interview with TimesLIVE.

Politically, the Youth League didn’t need these allegations to surface at this moment. The whispers in the corridors is that the League is in trouble with the NEC for their shenanigans at the national general council in Durban, which included disruptions during discussions. The NEC may decide to talk about the behaviour of the League at a general meeting, perhaps even the next one, and the news that Malema and company have been making promises which they haven’t kept will only strengthen the hand of those who oppose the League’s president. The “not keeping your promises to the poor” trump card will no doubt be kept in back pockets, to be deployed at a later and more strategic time.

This incident only serves to reinforce the image of Malema as a big talker who fails to deliver. It also weakens his image as a strategist (after the brilliant politicking that brought Andile Lungisa’s anti-Malema locomotive to a juddering halt) – in retrospect, if the Youth League needed to score quick political points at the time, making empty promises to needy schools was a very silly move. It isn’t the sort of thing that people forget. Even if they do, all it takes to whip up popular opinion against you is a front page story in a coastal daily. As a loyal cadre of the ANC, it isn’t the sort of coverage you can pooh-pooh away either.

The sudden flurry of coverage has broadsided the Youth League. It could be in serious trouble because, if word gets out that Malema, the self-proclaimed “champion of the poor”, does not keep his word, the League and its leader will begin to shed hefty amounts of political capital. Their attempts to silence the brewing storm with a vague media release and a flurry of denials, while not unexpected, shows an organisation on the back foot. They will be looking for a quick way out of this, because the longer it circulates in the media (and the more this message filters its way to the poor and the needy), the more it will bite them where it really hurts.

Ramanyimi, principal of Makanyu school and a card-carrying member of the ANC, said the incident didn’t affect him politically. “I was just happy that people felt we were poor and decided to help us,” he said. “It didn’t matter to me who gave us the shoes. They could be ANC, PAC, IFP or whatever. All that matters is that they felt for the poor.

“We are all human beings and make mistakes. We just hope they learn from their mistakes.”