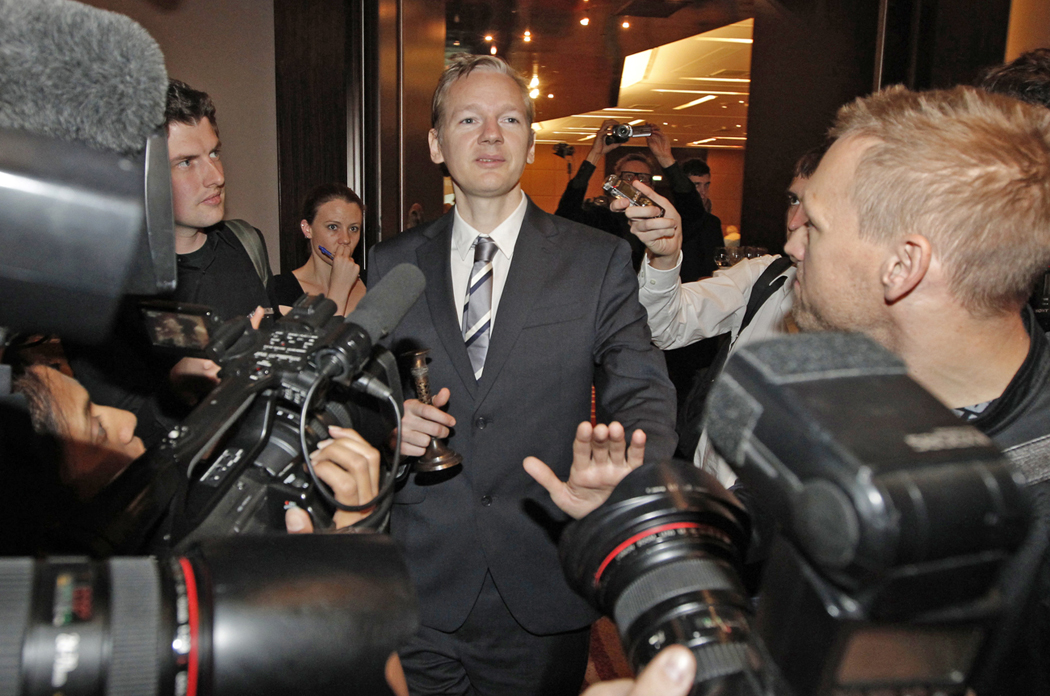 A new batch of leaks by whistle-blowing organisation Wikileaks has shed light on previously secret aspects of the war in Iraq. Like the July War Diaries on Afghanistan, the US military command never intended for this new information to be made public. In spite of all his personal problems of late, Wikileaks' Julian Assange continues to be a major pain in the neck for the US government. By SIPHO HLONGWANE.

Wikileaks passed on 400,000 secret military reports to several media organisations on Friday night, making it the largest leak of its kind in US military history. The documents, known within the Pentagon as SIGACTs, or raw details of “Significant Action” taking during conflicts, are chronicles of the war in Iraq from 2004 to 2009.

The details attracting most initial attention are the abuse of Iraqi prisoners by Iraqi police and soldiers which US authorities allegedly overlooked, a record of civilian deaths in Iraq which the coalition authorities had previously denied existed as well accounts of Iranian influence in the Iraqi war.

According to the Guardian, the leaks show that Iraqi prisoners were often brutally tortured or assaulted by Iraqi security officials. Many of these accounts are supported by medical evidence. One example the paper published was a video of 12 Iraqi soldiers who were involved in the abuse and murder of a detainee. One of the perpetrators was handed over to the coalition forces, which refused to investigate the incident. The logs reportedly reveal that the coalition had a policy of not investigating such incidents, in contrast to their own troops who face full investigation under similar circumstances.

The claim by US and British army generals and government officials that no official statistics on civilian deaths existed has been shown to be untrue, with the logs revealing 109,032 deaths in Iraq – 66,081 were civilians considered “friendly”, and a further 23,984 civilians killed were “enemy” or insurgents.

The New York Times said, “During the administration of President George W Bush, critics charged that the White House had exaggerated Iran’s role to deflect criticism of its handling of the war and build support for a tough policy toward Iran, including the possibility of military action. But the field reports disclosed by WikiLeaks, underscore the seriousness with which Iran’s role has been seen by the American military.”

Many Shiite militants were trained, equipped and given tactical support by the Quds Force of Iran’s Islamic Revolutionary Guards Corps. Many of the attacks carried out against US troops were operationally unfeasible, but carried the mark of Iranian training, according to The New York Times.

Ryan Crocker, who was US ambassador to Iraq from 2007 to 2009, said the point of Iranian support of the Shiite militants, many of whom carried out assassination attacks of Iraqi government officials with weapons provided by Iran, was to ensure that the central government that eventually came into power would be significantly weak. “I think the Iranians understand that they are not going to dominate Iraq,” Crocker said to The New York Times in an interview, “but I think they are going to do their level best to weaken it — to have a weak central government that is constantly off balance, that is going to have to be beseeching Iran to stop doing bad things without having the capability to compel them to stop. And that is an Iraq that will never again threaten Iran.”  Crocker was alluding to the eight-year war between the two countries that began when Iraq invaded Iran in 1980.

Included in the 400,000 leaked documents are reports of chemical weapons smuggled into Iraq from Iran. According to one of the reports, a group of Iraqi militants was able to purchase 50 neuroparalytic projectiles from Al Sharky smugglers on 17 January 2006. The neuroparalytic agent contained in the missile was said to cause conditions similar to those caused by neurotoxic venom from snake bites. The report concludes that “because it is not known what makes up the paralysing agent, where it comes from and how it is incorporated in the rocket, it is hard to assess the risk to coalition forces. Even if the Al Sharky group attempted to include a neuroparalytical agent on or in a projectile, it is unlikely that this attempt would be successful. The explosion from the munitions alone would destroy the neuroparalytical agent.”

The release is likely to reassert Wikileaks’ ability to rattle the Pentagon with the publication of secret war caches. Wikileaks had been in the news for increasing scrutiny from media organisations, and alleged scrutiny and interference from the Pentagon, as well as for the personal troubles of its leader Julian Assange in Sweden. According to Wired.com, the timeline given for the release of the Iraqi War logs caused an internal revolt, with some of the staff saying that the organisation didn’t give itself enough time to edit the names of Iraqi collaborators and informants from the records. However, Assange denied that a mass resignation had taken place. When questioned about the allegations, Assange told The Daily Maverick, “It is untrue. A German was suspended nearly two months ago and took one of his friends with him. No resignation letters. That is it.”

The German and his friend referred to are Daniel Domscheit-Berg, who was the German spokesman for Wikileaks, and Herbert Snorrason, a 25-year-old Icelandic university student. Neither of them was available for comment.

The shift in focus from the organisation itself to the documents it leaks will no doubt come as a welcome respite for Assange, who faces charges of indecent assault in Sweden and has been denied residency there after he tried to move Wikileaks into the whistle-blower-friendly country. It will cause an enormous headache for the Pentagon and the White House, which will be forced to backtrack on several key areas where they have been shown to have lied to the public. The White House responded to the July leaks with furious condemnation and the army allegedly launched a propaganda campaign to try to stem the flow of information to Wikileaks.

Despite President Barack Obama’s promise to withdraw all US troops from Iraq by 2011, the negative image that comes with exposés such as this is something he and his government can ill afford. DM

Photo: Wikileaks founder Julian Assange leaves a news conference on the internet release of secret documents about the Iraq War in London October 23, 2010. Wikileaks released nearly 400,000 classified U.S. files on the Iraq war on Friday, some detailing gruesome cases of prisoner abuse by Iraqi forces that the U.S. military knew about but did not seem to investigate. REUTERS/Luke MacGregor.