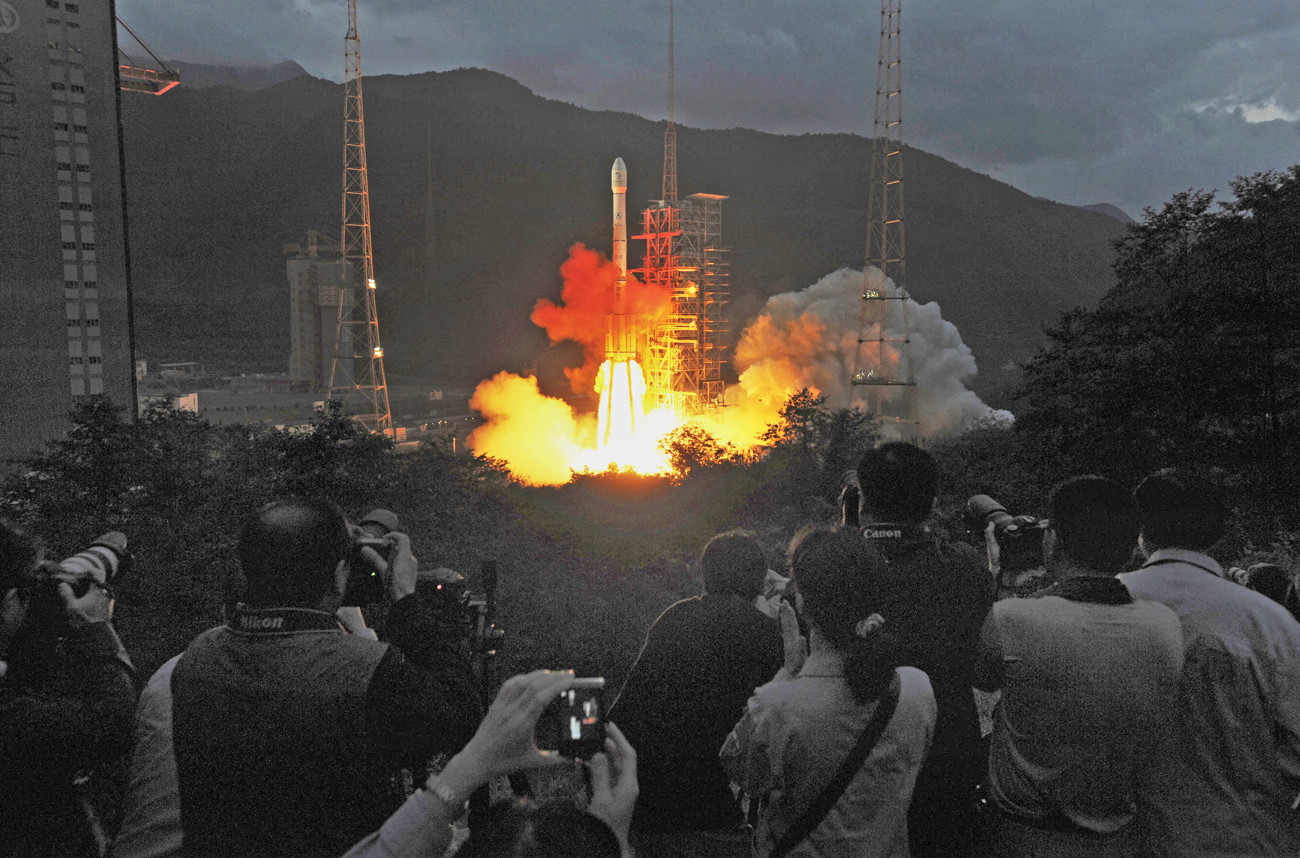 China launched its second lunar probe, called Chang’e 2, into the Earth-Moon transfer orbit on Friday. The spacecraft’s mission is to capture photographs of the moon. And if it happens to send a message to its neighbours about who’s winning the Asian space race, that’s all part of the plan – it’s no coincidence that Friday was also Chinese National Day.

A Long March 3C rocket was used for Change’2’s launch, which took place in the southwestern district of Sichuan, at about 19:00 local time on Friday. The craft is the latest step in the country’s robotic moon-exploration programme; the ultimate aim of the programme is to bring samples from the moon back to the Earth.

Named for a mythical goddess who flew to the moon, the spacecraft will reach the moon in about five days, sometimes on Wednesday. (Chang’e 1, its predecessor, took more than twice as long to do a similar trip in 2007.) The spaceship has improved since the last model in more than just speed; the photos of the lunar surface that it will take will have about 10 times the resolution of those captured by Chang’e 1, as the spacecraft will be 100 kilometres closer to the moon.

Chang’e 2 will orbit at a height of about 100 kilometres and will drop down to 15 kilometres to take photos of candidate landing sites for its successor, Chang’e 3. It will especially focus on the lava-flooded region, Bay of Rainbows. It is expected that China’s next lunar lander will settle there, once it is launched in 2013.

China is in a scuffle with neighbours India and Japan over the extent of its presence in outer space, especially since its plans have been met with resistance from international powers. A number of nations fear that a space arms race could result from increased Chinese presence in space, especially after China used a ground-based missile to destroy its own weather satellite in January 2007. The emerging giant vociferously claims that its space programme is completely peaceful.

The deputy chief designer of China’s Lunar Orbiting Exploration programme, Jiang Jingshan, says that Chang’e 2 will “perfect the Chang’e 1 mission”. In 2003, China sent a man into space on its own rocket, only the third country (after Russia and the United States) to do so. It followed it up with sending two men into orbit in 2005, and engineered the first space walk in 2008.

China intends to conduct a manned lunar landing some time between 2025 and 2030, if things go according to plan. Given that Nasa has no concrete plans to put another man on the moon before then, the next greetings we receive from a moon-walking astronaut may well be in Mandarin. DM