Analysis: Blade’s identity crisis and the convenience of attacking the media 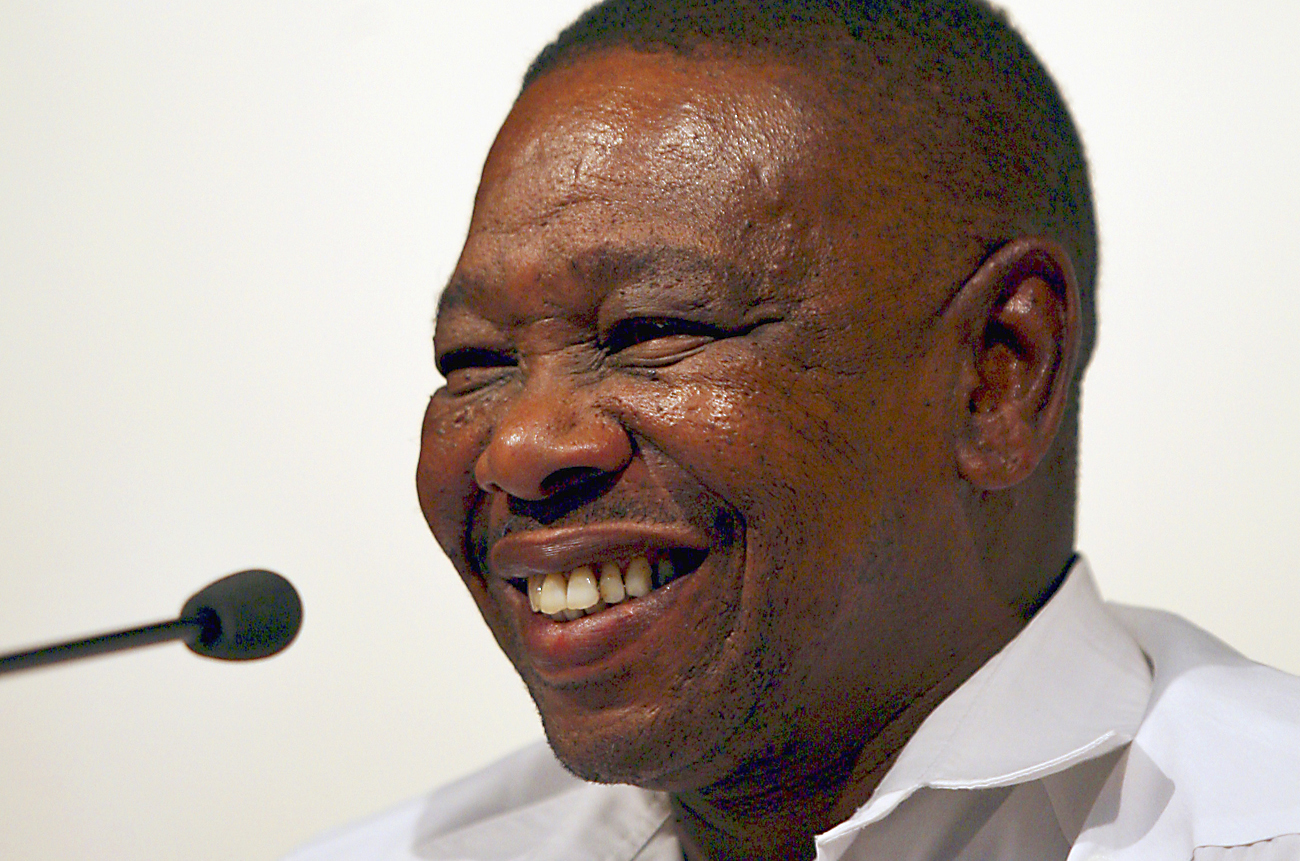 It’s been said many times the tripartite alliance is a very strange creature indeed. Technically meant to be an alliance of like-minded, it mostly resembles an uneasy truce between foes, each trying to one-up the others without setting off a war. The result’s an ongoing ideological turf battle, with everyone squabbling to carve their slice of the political pie. By SIPHO HLONGWANE.

Of late, it’s been parts of the ANC (via the Youth League proxy) versus Cosatu – the ruling party drifting further into Chavez territory, and Cosatu lurching ever more towards socialism. The South African Communist Party, once the tail that wagged the alliance dog, has all but disappeared from the discussion table, with nothing much to say really. Enter Blade Nzimande, general secretary of the SACP.

“We have a huge liberal offensive against our democracy,” Nzimande told members of the National Education Health and Allied Workers Union on Monday, at the union’s national congress in Ekurhuleni. “The print media is the biggest perpetrator of this liberal thinking.”

“Comrade” Blade was just warming up. “[The media] have gone to their friends around the world, including those in America to get people to go against the tribunal,” he said. “How can we trust the American journalists who invaded Iraq and then were told what to write by the army generals there? We need a revolutionary, not liberal, defence of our Constitution.”

We couldn’t reach Blade Nzimande to ask him whether he actually believed what he said, or what, exactly, he meant. What he did say was a media appeals tribunal was needed to protect socialism’s future in South Africa. You begin to get an idea of what Nzimande was driving at, but more on that later.

The Daily Maverick did manage to reach Jeremy Cronin, the SACP’s deputy general secretary, whose definition of a “liberal” was a little closer to the centre than was Nzimande’s. “It depends what you mean by ‘liberal’. One understanding of this is someone who ascribes to the rights contained in the Constitution, such as the freedom of expression and the freedom of speech.”

Then Cronin donned his Che Guevara beret, you know, the one with a single red star on the front. “The SACP has a problem with the way certain liberals, or pseudo-liberals, have taken up the media issue. They’ve said the media exercises a checking and balancing act to state power, which is correct, but they fail to introduce the other centre of power into the debate. These pseudo-liberals forget the corporations, and the SACP wants to introduce checks and balances over the power exerted by the corporations.

“If you look at media, there are three big corporations which dominate. Avusa, the Independent Group, which is basically Irish capital, and Naspers. What worries the SACP is that the focus is on the state and not (on) capital. We need to safeguard the way in which corporations influence the way the news is reported.”

Ah, the old “corporations-dictate-the-news” argument. Now, where have we heard that before? Nic Dawes, editor of the Mail & Guardian, says the assertion that companies dictated to editors what to publish was simply untrue. “Editors I know and respect would resign if given instructions by management, advertising or shareholders on what news content should be,” he said. “In all major South African newsrooms, at least those that I know of, they keep a strict Chinese wall between editorial and advertising.”

Dawes says media critics fail to raise an important aspect of the debate. “What the critics of the media fail to mention is there is supposed to be a significant counter-balance to media corporations, which is the South African Broadcasting Corporation,” he said. “They’re supposed to fulfil a public-interest mandate, but they are consistently failing at that. Government’s call for balance in the media should be directed at the SABC, rather than using it as a battleground for party political interests.”

Mondli Makhanya, editor-in-chief of Avusa, is even more forceful. “I can state with no fear of contradiction company executives have absolutely no power over editorial content. I’m very confident all editors would agree with me that we exercise editorial decisions without influence from management. That system exists in other media companies as well. The Chinese wall around editorial is very firm.”

Makhanya says it was undeniable South Africa’s media landscape was dominated by four companies, but that wasn’t because of some capitalist plot to dictate the news. “The Big Four (Avusa, Naspers, Independent, Caxton) charge is true. To be a viable media company in South Africa, you have to be large. That is simply a function of economies of scale. However, larger media companies pay to fund the MDDA (Media Development and Diversity Agency), which funds smaller media companies.

“If there is a concern about media ownership or collusion of some sort, then there are bodies such as the Competitions Commission that can investigate it. But intellectual collusion by the media is ridiculous on the face of it. Journalists are free spirits; we don’t all think the same or agree on many things.”

The arguments against the way the media currently works have all been made by the ANC, who have made it very clear they are the ones who wear the pants in the tripartite marriage, so what is the SACP doing by rehashing what’s already been said, albeit armed with a sickle and hammer? What is in it for them?

In fact, when was the last time the SACP made a statement that wasn’t “we like things within the alliance as they are, thank you very much”? Of late, it looks like a party with an identity crisis. It’s completely ceded the “left of the ANC” ground to Cosatu. The trade union federation has brought out Vavi’s little red book (or “A Growth Path Toward Full Employment: policy perspectives of the Congress of South African Trade Unions”, if you like), which is the most comprehensive piece of socialist economic vision we’ve seen in years, and we haven’t heard a squeak from our resident communist party.

One makes predictions about tripartite alliance movements at one’s own peril, but we wouldn’t be terribly surprised if we saw the SACP shrink dramatically over the coming years as it loses its ability to place its members in strategic ANC positions.
The SACP isn’t stupid. It can see that it’s been shoved aside by Cosatu, and can probably read the writing on the wall just like everybody else. This latest invocation of 1918 Russia by Nzimande is nothing more than trying to reclaim some space in the alliance by being even more radically socialistic than the trade unions.

It just so happens in the current climate the media is an easy target for Leninist invective. DM