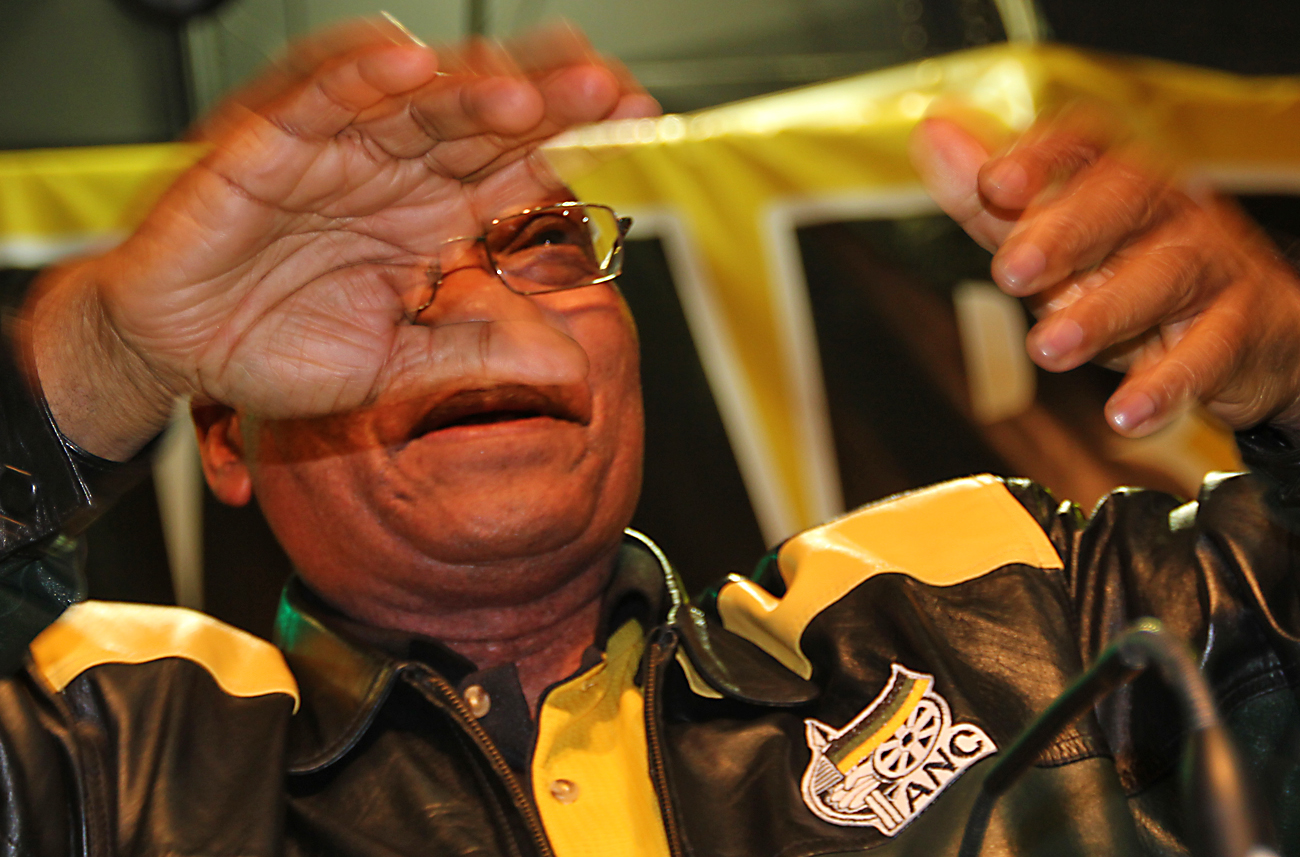 President Jacob Zuma is good when he’s angry, a rare gift for a politician. He is one of those who's at his best when his back is to the wall. After months of having to put up with rumours, back-stabbing, shouting, screaming, abuse, and even some crying, he has done what he should have done about a year ago. He stood up and said, “Shut up, I’m the boss”. By STEPHEN GROOTES.

What really marks Zuma’s speech is the even-handedness of his criticism. He gave it to the Youth League and he gave it to Cosatu. The SACP escaped pretty much, but then it’s been so inoffensive lately that there’s really nothing for Zuma to be annoyed at.

Zuma was also calculating in this speech. It was a glimpse of the man who was able to stitch together the coalition that unseated Thabo Mbeki. We saw a real political brain at work, who’d worked out the political maths, and then done his sums accordingly.

The real loser on Monday was, of course, Julius Malema. When we said earlier this month there was a chance Malema would get a “snotklap” at this NGC, we didn’t think it would be this harsh for him. Granted, there’s still time for us to look stupid, but the fact is, Zuma has now publicly stood up to him, and told him, “Enough is enough”. He’s told him he has no place to say what he’s being saying. There will be some debate over what he actually meant. Zuma said, “Juniors must respect their seniors. Those who belong to junior organisations must respect those serving in senior structures”. There was huge applause, easily the loudest of the day (more on that in a moment). At this point he stopped, and realised how his comments were being interpreted. He then said, “Just in case you think I said something I didn’t say” that he was talking organisationally, that sometimes someone can be senior, but in a junior organisation.

For some, that meant he was talking about the ANC Youth League, and not Julius Malema. For us, there’s no difference. Here’s why: The League has consistently said throughout this year that whenever Malema speaks in public, he’s speaking on behalf of the League. This was the basis of their decision to ask for the decision of the ANC’s national disciplinary committee to be “nullified”. So they’ve conflated the two, which means, to our mind, that Zuma is really spanking Malema

In fact, the entire Malema/Mbalula project doesn’t seem to be going well. On Sunday night during the ANC “Accreditation Crisis of 2010”, Fikile Mbalula, a police deputy minister no less, was getting his hands dirty trying to sort it all out. When this reporter went to get his accreditation at 4:50am on Monday morning, he was still there. And it was obvious he hadn’t slept. Some would say that’s evidence he wants to look as if he’s working hard. To others, it smells like desperation.

We’ve said before that to us, Zuma needs Cosatu more than he needs the Youth League. This is now obvious. He gave Cosatu a tongue-lashing, for sure, but was then able to use alliance language to go some way towards their economic plan. He spoke about monetary policy in vague, but encouraging tones (encouraging if you’re Cosatu that is, not if you’re us capitalists here at The Daily Maverick). By the end of it, no one seemed happier at this speech than Zwelinzima Vavi, who said it was “perfect”.

Contrast that to Malema’s response, which was a terse and childish: “I don’t speak to journalists”. With him was Winnie Madikizela-Mandela, who clearly had some consoling to do. Zuma does have a way of sorting the political men from the political boys, doesn’t he?

There is a very real sense in the ANC’s top leadership that their party is being taken over by money. Zuma spoke about this at length, saying that some members are “turned into commodities” because they’re given money by other members. This “corrupts our internal democracy”, along with “lobbying that sees people spreading rumours through the media”. It’s a common theme that almost all the ANC’s top six have spoken about recently.

The problem is, of course, how to fix the scourge. We don’t think Zuma gave any big answers to that question, but the party’s top brains are now on it. And if they come with a solution, it’ll be a world first.

Zuma’s speech has probably set the tone for this NGC. He’s made sure everyone knows he’s in charge. He was speaking from a place of confidence, he knows no one is going to try to unseat him at this conference. Malema had claimed at the League’s NGC that 70% of it would be made up of “young people”. That claim has been laid bare as the hollow boast of a callow youth.

After his speech Vavi (as usual) summed things up perfectly. In answer to a direct question, he said the “paralysis” of the ANC’s top leadership was a thing of the past.

Zuma had a good day on Monday. He acted like a leader. Perhaps it lasts? DM