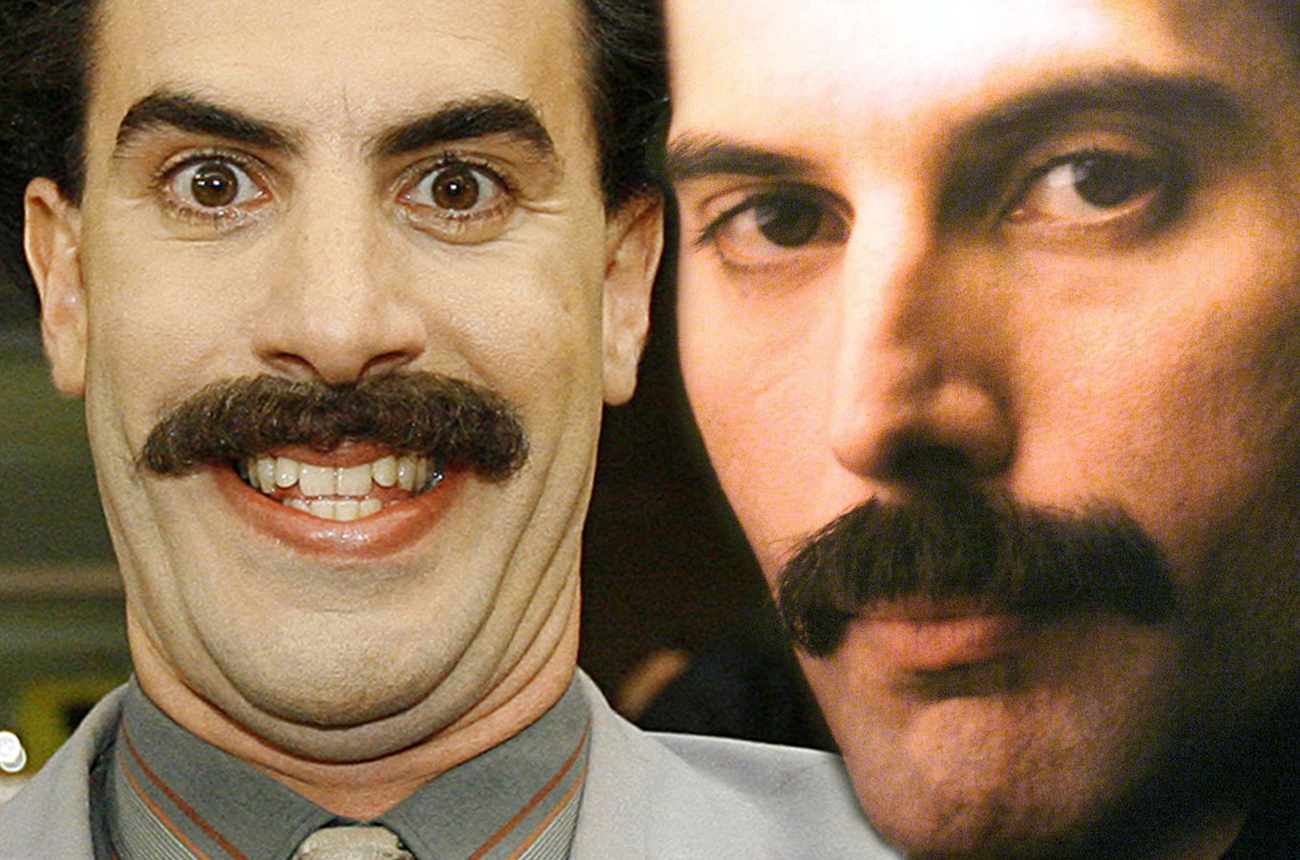 There are a handful of people whose lives would be incredibly difficult to replicate in a biopic, if only because of their extraordinary talent. Jimi Hendrix and Keith Richards come readily to mind. Well, GK Films and Tribeca Productions are teaming up to make such a film about one such man: Freddie Mercury. And Sacha Baron Cohen has been signed on to play the part of Mercury. Jagshemash! By SIPHO HLONGWANE.

“The film which all Hollywood has been hotly pursuing is finally on track to be made,” GK Films announced. “It is the Freddie Mercury story, this week announced by GK Films in partnership with Robert de Niro’s and Jane Rosenthal’s Tribeca Productions and Queen Films. Two-time Academy Award-nominated screenwriter Peter Morgan (“The Queen:, “Frost/Nixon”) is already at work on the script of the untitled film, which will feature Academy Award nominee Sacha Baron Cohen in the starring role. Baron Cohen will play the legendary front man of the iconic rock band Queen, and the drama will focus on the years leading up to Queen’s appearance at the historic Live Aid concert in 1985 when the band famously took the event by storm.” Filming is set to start sometime next year.

Mercury was born in Zanzibar in 1946, his parents were Parsi, originally from India (his real name was Farrokh Bulsara), but he went to school in India, and only moved to England with his family in 1964 to escape the violent upheavals of the Zanzibar Revolution. After several false starts with bands that didn’t take off, he formed Queen with guitarist Brian May and drummer Roger Taylor in 1971. And, although he claimed not to be able to read music very well, Mercury wrote some of Queen’s most famous songs, including “Somebody To Love”, “We are the Champions” and, of course, “Bohemian Rhapsody”. Mercury died on 24 November 1991 of Aids-related bronchopneumonia.

Baron Cohen has his work cut out for him, to say the least. A 2009 poll by Classic Rock magazine chose Mercury as the greatest rock singer of all time and a 2008 list by Rolling Stone magazine ranked Mercury as the 18th-greatest singer of all time. Rolling Stone said, “A hard-rock hammerer, a disco glitterer, a rockabilly lover boy, Freddie Mercury was dynamite with a laser beam, his four-octave range overdubbed into a shimmering wall of sound on records such as ‘Bohemian Rhapsody’ and ‘Killer Queen’.” Y

In 2006, Baron Cohen smashed his way into America’s consciousness with his mockumentary “Borat: Cultural Learnings of America for Make Benefit Glorious Nation of Kazakhstan”, in which he plays a bumbling Kazakh journalist who interviews various American people. His greatest triumph so far, the film garnered him several awards, including a Golden Globe for Best Motion Picture – Musical or Comedy. Although it rankled with many by exposing racism, sexism, homophobia and anti-Semitism in certain communities that featured in the film, Borat also drew praise for poking fun at American jingoism. Rotten Tomatoes gave the film a resounding 91% rating, saying that it received “high-fives for being offensive in the funniest possible way”.

Baron Cohen has also appeared in films such as “Sweeney Todd”, “Talladega Nights”, and in “Madagascar” as the brilliant voice of King Julian. Reservations about the choice of Baron Cohen for the role of Freddie Mercury are mostly centred around the fact that he is not a proven dramatic actor. And can he even sing? Freddie Mercury had a famously powerful and nimble voice, and was very comfortable in a four-octave range. Well, Baron Cohen can at least hold a note, as he demonstrated in the musical “Sweeney Todd”. But will his tenor warble be an adequate, if not convincing, substitution for Mercury’s diamond-sharp tenor and rich, almost operatic baritone? The producers haven’t made a definite choice between letting Baron Cohen have a go at it, or simply playing Mercury’s vocals over Baron Cohen’s lip-syncing. They haven’t even hired a director yet. We’d probably put our money on the lip-sync ticket, if we were betting people.

However, in other considerations, Baron Cohen is the perfect choice to play Mercury. For one thing, he looks astonishingly like the legendary rocker. Also, Mercury was a giant of stage presence, able to astonish any crowd with his charisma and theatrics. If there’s one guy who can replicate that without making it a contrived, “Hollywood” performance (think Joaquin Phoenix as Johnny Cash in “Walk the Line”), it’s Baron Cohen. Baron Cohen is a natural performer, and should fit into Mercury’s skin with ease. Besides, Baron Cohen has already proven that he can carry off a moustache.

Whatever our reservations may be, the surviving members of Queen have okayed the project, and allowed the film to feature their music. This role will surely solidify Baron Cohen’s credentials as a serious actor, provided he doesn’t completely arse it up. But if Borat is anything to go by, it is going to be spectacularly brilliant. DM

Photo: A composite of Reuters photos.