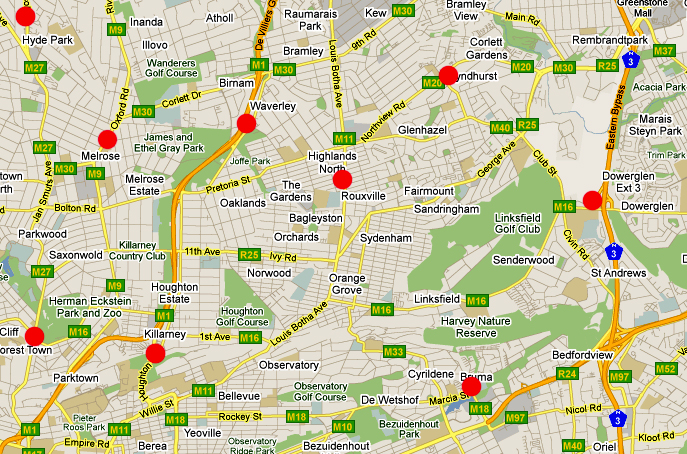 What happens on Twitter mostly stays on Twitter (though that is changing very fast). But when renowned “traffic man” Aki Anastasiou writes a column about it in The Star – well, then things change. By SIPHO HLONGWANE.

Aki Anastasiou wrote in his column, “On Twitter, an account that goes by the name of @PigSpotter warns motorists of roadblocks, speed traps and spots where the metro police are enforcing the law. The account has almost achieved cult status and has grown to nearly 5,000 followers. The bio on the Twitter account reads: ‘Let’s help each other expose where the cops are hiding, trapping and roadblocking daily’. Tweets such as… ‘pig behind a tree along Barry Hertzog just after Muirfield  heading towards Milpark’ are just wrong. Referring to traffic officers as pigs, porkers, pork chops and bacon rashers is disrespectful. I have serious reservations about this practice as it goes against the principles of good citizenship. I believe the motive for creating this account was a good one, and one can understand the frustration that many have towards the metro police. But we need to change our attitudes and support law enforcement when it helps in reducing road accidents.”

The PigSpotter Twitter handle has indeed achieved cult status, and has 9,319 followers (in the time it took to write this article, he’s garnered more than 200 followers) and counting, and much of the attention is thanks to the brouhaha following Anastasiou’s column. As the bio claims, the tweeter, who calls himself “Cliff – that’s all” tweets the location of roadblocks and speed traps, while referring to the Joburg Metro police using various snide porcine nicknames. It’s not just what Cliff tweets, it’s the “rage against the Machine”/“screw the System” edge, from behind the safety of an anonymous profile, which has such an appeal with Twitter users. “Pigs looking for PigSpotter sympathizers cnr Rivonia/10th Ave heading north” is one of his latest tweets.

Speaking to Kieno Kammies on 702, Cliff said that his PigSpotter tweets are inspired by cops who are supposed to be fully visible when they man a trap, but then hide away. He also said he tweeted roadblock locations to help people avoid victimisation by the police. But, however, after it came to his attention that drunk drivers may have been using his information to avoid being caught by the cops, he undertook to no longer provide roadblock information after 18:00 in the evening. Cliff said his motivation was not so much about helping criminals evade the law, but about helping people avoid the possibility of being coerced into bribery by the cops, or those who would simply be inconvenienced by a roadblock. We spoke to Aki Anastasiou, who expressed a bit of surprise at the controversy that had been sparked. He said many people had told him off for being a “buzzkill” by “exposing” PigSpotter, which was odd given that the account was already in the public domain. “What has emerged out of all this is that people don’t trust the metro police,” Anastasiou said. “The police need to work to change those perceptions by cleaning up their act.” However, he sees a great need for citizens to respect the law and those enforcing it. “We as citizens have got to change our mindset with regards to the law,” he said.

Anastasiou told us that he actually wasn’t the one who convinced PigSpotter not to tweet roadblock locations after dark. “He did that of his own accord,” he said. “What I’ve got a problem with is police mounting roadblocks during peak hours and costing the economy millions in lost time. We need to see more of these roadblocks after hours when people are drinking and driving.” What he did talk to Cliff about is a proposed initiative where drivers can alert an account like PigSpotter to cops demanding bribes at roadblocks.

The cops have taken a rather stern view of the PigSpotter tweeter’s activities. According to a TimesLIVE article, the police have promised to catch “Pigspotter and deal with him” because what he was doing is illegal. Police spokesman Wayne Minnaar, who says the cops had had no idea of PigSpotter until they were called by the paper, said, “It’s wrong for him to inform people of the whereabouts of the officers on duty because drunk drivers will use other roads and cause accidents which could lead to innocent lives being lost. He could also warn criminals to evade the police, making it easier for them to escape. This is illegal and we could charge him for obstructing and defeating the ends of justice.”

As we all know the first thing that robbers and murderers do after committing their heinous acts is check their Twitter streams.

Not everybody disagrees with what PigSpotter is doing. One of the many supporters of PigSpotter’s work is Fiona Snyckers, author of the Trinity book series. She believes that it is not contrary to the public good to raise awareness of police presence. “I had no idea how diligent JHB Metro Police were until @PigSpotter came long”, she said. “Since I’ve been following @PigSpotter I have driven extra carefully and have stopped my habit of talking on a cellphone in the car.”

Paul Jacobson, a lawyer who specialises in media, thinks that forewarning people of police operations such as road blocks probably isn’t legal, as it constitutes hindering police officers from doing their duty. “I think it largely comes down to obstructing local law enforcement in their efforts to curb traffic offences which too often lead to injuries and fatalities,” Jacobson told The Daily Maverick.

The most obvious danger with PigSpotter is if someone who is already in contravention of the law, say a drunk driver, uses the tweets to avoid road blocks and speed traps, but then causes an accident elsewhere.  “I think there are compelling public policy reasons why warnings about road blocks and traps should be curbed and it largely comes down to a public safety issue,” said Jacobson. “The challenge is that @PigSpotter is popular because so many motorists are disaffected and are tired of perceived police corruption and misconduct.  The unfortunate consequence is that people may be endangered in the process.”

It’s all impressive sabre-rattling from the cops, but were they to bring charges against PigSpotter, the courts if not the prosecutors, would almost certainly throw it out. It is quite a stretch from tweets telling people where police are located, to the obstruction of justice offence (police would have to prove that PigSpotter helped a specific criminal get away from law enforcement). Is there a reasonable expectation that criminal fugitives are using Twitter at all, let alone following PigSpotter and using the information he provides to evade capture?

“Regarding their use of comical porcine analogies to refer to the police; anyone who seriously objects to this needs to have the concept of ‘humour’ explained to them,” Fiona Snyckers said to The Daily Maverick.

The buck stops with you then, dear reader. If you disapprove of what PigSpotter is doing, simply don’t follow him. DM