Natural disasters: when the gap between poverty and prosperity becomes a chasm 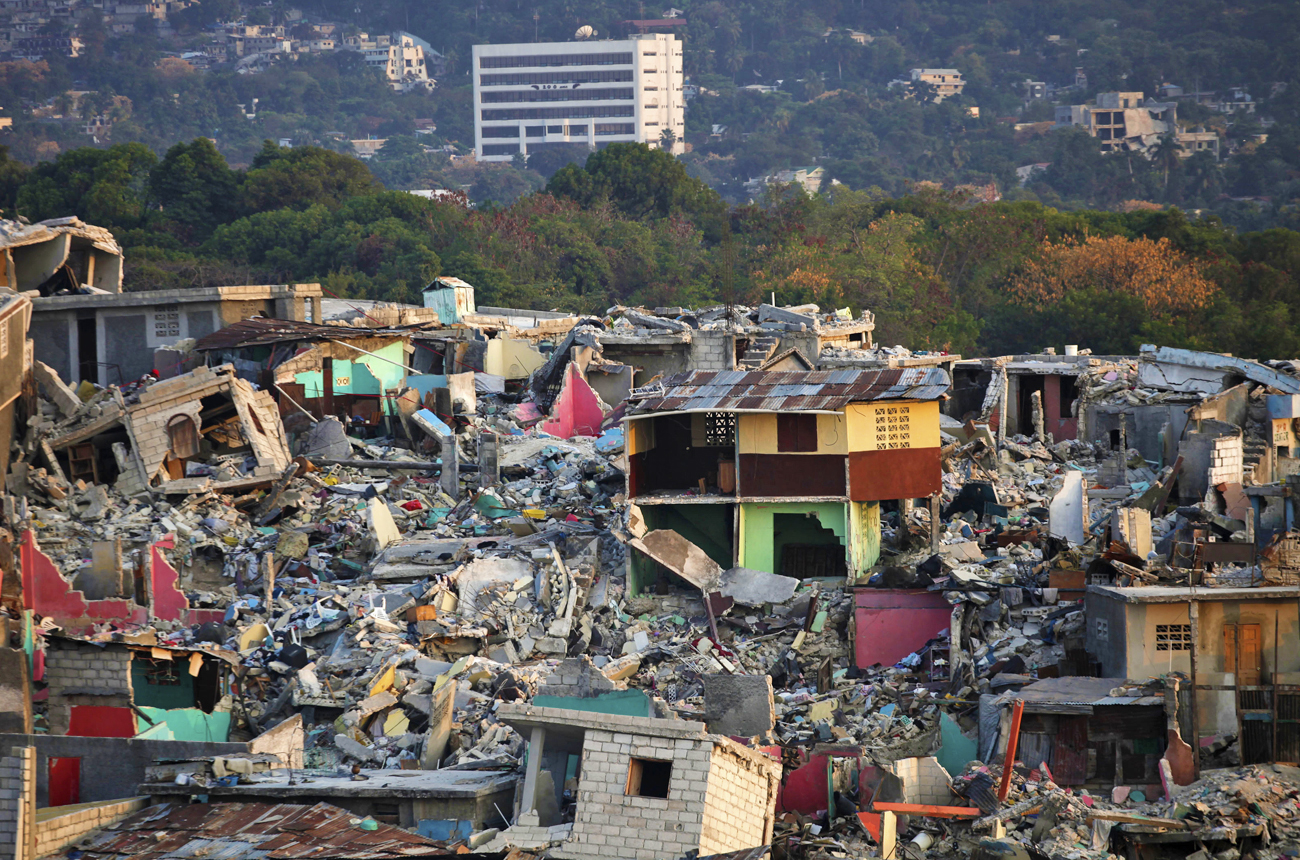 What truly separates the haves from the have-nots among countries? A nice, smooth Gini co-efficient? The possession of a nuclear arsenal? A permanent seat on the UN Security Council? Perhaps. But as Haiti and New Zealand demonstrated, nothing differentiates countries like a natural disaster. By SIPHO HLONGWANE.

A 7.0 magnitude earthquake hit approximately 25km west of Port-au-Prince, the capital of Haiti on 12 January 2010. A 7.1 magnitude hit 40km west of Christchurch, the New Zealand’s South Island’s biggest city, on 4 September 2010. Both earthquakes were powerful, yet few casualties were reported in New Zealand, whereas the Haiti earthquake killed thousands and devastated the lives of millions.

The Haiti earthquake killed 230,000 people. In New Zealand, two people were reported as being seriously injured.

Experts in New Zealand immediately gave credit to the country’s strict building codes as the reason why there were no casualties in the Christchurch earthquake. The country introduced a building code in 1935, which is regularly updated, after massive tremors in 1848, 1855 and 1931 wreaked considerable damage in cities in New Zealand. The code is adhered to strictly, meaning that in general, houses in New Zealand are timber-framed structures, unlike Haiti, where building standards are not enforced. Many of the buildings on the Caribbean island that collapsed were constructed of unreinforced concrete, which is lethal during an earthquake, as it breaks off in chunks and rains down on people inside and outside the structure.

Another important distinction between the two earthquakes is the timing. The Haiti earthquake hit just before 17:00 (local time), when the streets were filled with people. The Christchurch earthquake occurred at 04:35 am (local time), when most people were indoors. Paul Caruso, an American geophysicist said, “One of the worst things you can do in an earthquake is run outside, because stuff is falling down. If people stay in their houses, they’re a lot safer.”

Port-au-Prince is also a larger city, with 1,728,000, mostly poor and destitute residents, compared to Christchurch’s 370,000 quite well-off citizens. However, the most telling difference was in the readiness of the governments to deal with a natural disaster of this magnitude. New Zealand was prepared, thanks to good governance. Haiti was not.

In a sense, Haiti has never had a break. Prior to the January quake, it was estimated that 72% of the population lived on less than $2 a day. Many people in Port-au-Prince were forced to exist in the squalor of the overpopulated shanty towns surrounding the capital city. The flimsy structures offered little protection in the event of an earthquake.

Haiti has a proclivity for natural disasters. Over the years, tropical storms have swept through the island, taking thousands of lives and leaving devastation behind. The effects of these tropical storms were more acutely felt by rapid deforestation that had been allowed over the years.

Political turmoil has been Haiti’s greatest undoing over the years. The country has suffered 32 coups since its inception in the early 1800s. Many of the leaders ruled Haiti as despots, one of the most damaging being that of Francois “Papa Doc” Duvalier who ruled from 1957 until 1971 and his son Jean-Claude “Bébé Doc” Duvalier, who ruled from 1971 to 1986. Many of the country’s educated fled during their despotic rules, a brain drain that has severely crippled Haiti to this day.

The political troubles of the country contributed to the impoverished state of the population. Haiti is the poorest country in the Americas. The impact of the January earthquake was made that much more acute by the population’s poverty.

The floods in Pakistan also refer. The monsoon rains that fell over July 2010, causing the Indus river to burst its banks, put almost a fifth of Pakistan under water. More than 2,000 people died, and up to 20 million were affected by the floods. Pakistan’s economy has been severely crippled. Vital crops were destroyed by the floodwaters, costing the country $4 billion in lost earnings.

Pakistan’s military and civilian services were hopelessly overstretched by the disaster. The government appealed to other countries to help, saying they needed $460 million for immediate relief efforts. Estimates of how much it will cost to get Pakistan back to anything resembling working shape range into the billions of dollars.

Once again, the country was simply not prepared to deal with a disaster of this scale.

In 2007, the UK experienced flooding of its own, though not to the extent that it could be called “monsoon” rains. Nevertheless, the subsequent rescue effort mounted was called “the biggest in peacetime Britain”. Three people died in the floods, but no outbreaks of disease were reported. And although crop damage was extensive in areas such as Lincolnshire, the country was more than able to absorb the losses. Insurers estimated that the total bill for flood damage was £3 billion. And, unlike Pakistan, where millions of people have to literally start over from scratch with absolutely nothing left, the worst complaints in the UK were about local councils that had neglected to insure public buildings, which meant that the repair bill fell to the public purse.

Unfortunately, the razor sharp First/Third world divide, as visible as it is in normal times, grows into an unfathomably huge gap when the times are tough. DM